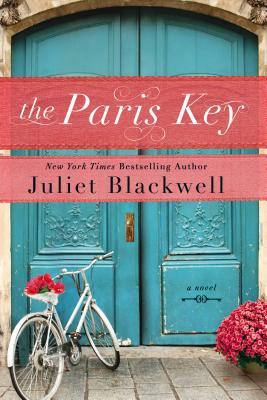 
An American in Paris navigates her family's secret past and unlocks her own future, in this emotionally evocative novel by New York Times bestselling author Juliet Blackwell.
As a girl, Genevieve Martin spent the happiest summer of her life in Paris, learning the delicate art of at her uncle's side. But since then, living back in the States, she has become more private, more subdued. She has been an observer of life rather than an active participant, holding herself back from those around her, including her soon-to-be-ex-husband. Paris never really left Genevieve, and, as her marriage crumbles, she finds herself faced with an incredible opportunity: return to the magical city of her youth to take over her late uncle's shop. But as she absorbs all that Parisian culture has to offer, she realizes the city also holds secrets about her family that could change her forever, and that locked doors can protect you or imprison you, depending on which side of them you stand.

The Paris Key by Juliet Blackwell
My rating: 4 of 5 stars

“Genevieve slid open the 'special' drawer. It was full of ancient keys—many of which, like her necklace, bore little resemblance to keys today. She smiled as she picked up a black iron ring, from which jangled a dozen different skeleton keys: she remembered her uncle explaining that this was a Victorian-era thief's ring. Dave had always intended to write a book about such historic hardware.”

“Complete with photos, Genevieve, what to do you think? C'est super, n'est pas? I am going to call it: at Locksmiths. Or maybe, The Paris Key, because really, Paris is the key to happiness! What do you think?

I enjoyed this charming ode to Paris, France, and loved walking along the streets of Paris with Genevieve as she comes full circle back to the place that makes her happy and gives her hope.

I recommended this book to those who enjoy contemporary fiction, Chick-lit, or women's fiction. 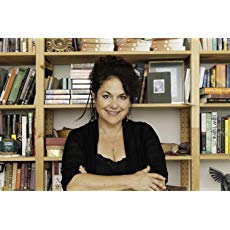 Juliet Blackwell was born and raised in the San Francisco Bay Area, the youngest child of a jet pilot from New York and an editor from Texas. She graduated with a degree in Latin American Studies from University of California, Santa Cruz, and went on to earn Masters degrees in Anthropology and Social Work from the State University of New York, Albany. While in graduate school, she published several articles based on her research with immigrant families from Mexico and Viet Nam, as well as one full-length translation: Miguel León-Portilla's seminal work, Endangered Cultures. Juliet taught Medical Anthropology at SUNY-Albany, was producer a BBC documentary about Vietnamese children left behind by US soldiers, and worked as an elementary school social worker in rural New York. Upon her return to California she became a professional artist and ran her own decorative painting, renovation, and domestic design studio for more than a decade. In addition to mainstream novels, Juliet pens the New York Times Bestselling Witchcraft Mysteries and the Haunted Home Renovation series. As Hailey Lind she wrote the Agatha-Award nominated Art Lover's Mystery series. She is past president of Northern California Sisters in Crime and former board member of Mystery Writers of America. Juliet lives in a hundred-year-old house with extensive botanical gardens in Northern California, but spends as much time as possible in Europe and Latin America. She believes in the magic of language, travel, and cultural exchange to open hearts, minds, and souls.