Daughter of Moloka'i by Alan Brennert- Feature and Review 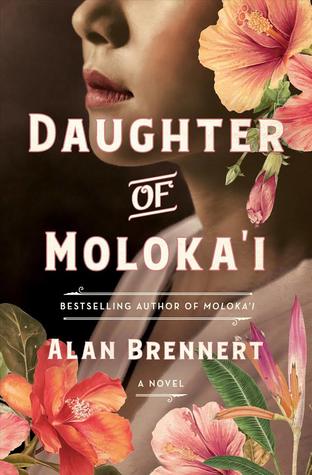 DAUGHTER OF MOLOKA′I is the highly anticipated sequel to Alan Brennert’s acclaimed book club favorite, and national , MOLOKA′I. It’s a companion tale that tells the story of Ruth, the daughter that Rachel Kalama—quarantined for most of her life at the isolated leprosy settlement of Kalaupapa—was forced to give up at birth.
The book follows young Ruth from her arrival at the Kapi'olani Home for Girls in Honolulu, to her adoption by a Japanese couple who raise her on a farm in California, her marriage and unjust internment at Manzanar Relocation Camp during World War II—and then, after the war, to the life-altering day when she receives a letter from a woman who says she is Ruth’s birth mother, Rachel.

Daughter of Moloka'i by Alan Brennert
My rating: 4 of 5 stars

Daughter of by Alan Brennert is a 2019 St. Martin’s Press publication.

It took me a long time to get around to reading Moloka’i, and I deeply regretted putting it off for so long. However, on the positive side, having read it so close to the publication date of this long anticipated follow up, all the details were still very fresh in my mind. Remembering the many reasons why Ruth was placed for adoption so clearly, experiencing her story first hand, was more touching and heart wrenching and the story is felt more powerful and intense.

Ruth’s parents were both inflicted with leprosy and lived on the island of Moloka’i in Hawaii. Ruth was free of the disease, but her parents had to give her up so that she could live a full and happy life. Ruth is biracial- part Hawaiian and part Japanese. Her adoptive parents are Japanese, and Ruth is also blessed with having older brothers. Her life is good, her parents love her, but Ruth has to cope with racism and prejudice aimed at her because she of her mixed race. She also experienced cultural misogyny and sexism. However, Ruth’s life changes forever, when her parent move from Hawaii to California, hoping to own and work their own land. Sadly, they were misled, and things didn’t work out for them quite the way they planned. However, Ruth grows up, gets married, and starts her own family. However, life as she knows it comes to an abrupt halt when the Japanese invade Pearl Harbor. Ruth and her family are among the many Japanese Americans rounded up and sent to the internment camps. Although she makes the best of the situation, it also leaves her embittered.

Eventually, the story merges with that of Ruth’s mother, Rachel, who is now widowed and declared free of her leprosy. The mother and daughter finally meet and forge a bittersweet relationship.

I strongly urge anyone considering this book to read the first Moloka'i beforehand. The story will not have the same impact if you are not aware of Rachel’s backstory and the hopes she had for Ruth.

The bulk of the story is centered around Ruth’s life in the internment camps and the horrible injustices bestowed on these American citizens. I’m glad this period of history is spoken , and more closely examined.

I never heard a great deal about the plight of the Japanese Americans during world war two, until a little over a decade or so back. It was not a topic that came up frequently, and when it did, it was quickly glossed over.

The more I learned about it the conditions of the relocation camps, the way these families were stripped of everything they had worked for, the more mortified I became. This was certainly not a shining moment in US history. Although many years later, some acknowledgments and apologies were eventually forthcoming, and a pittance was given the survivors, it doesn’t come close to compensating for what these endured and lost.

This is a period in history that should get more exposure, especially in the classroom. While I would like for us to learn from the past and be ever more diligent not to repeat our mistakes, I hold my breath, wondering when- not if- this same exact thing will happen again.

This story personalizes the struggles of those in California who were forced to live in the camps, and once released were forced to start building their lives all over again from scratch. Living through these times, seeing it from Ruth’s perspective certainly gave me pause. Ruth is a strong character, who endured much, felt deep convictions, and although she never fully released her bitterness, her life was enriched by her adoptive family, her husband and children, and eventually, by having the chance to forge a relationship with Rachel.

This novel has an entirely different tone from its predecessor. It’s not as tender, has a sharper edge to it, more befitting of the situation, I suppose. I think Ruth’s character is as sympathetic as Rachel’s, but the era of time the story is written in, as well as the dynamics between Ruth’s adoptive family, which was also quite intense at times, makes the atmosphere heavier and the characters tougher, but equally resilient.

I would caution against starting this one with preconceived notions. Don’t expect the same type of emotional elements, or tragic poignancy as Moloka’i. It is certainly different, but I appreciated it and found it to be a very compelling novel. I must confess, I enjoyed seeing Rachel and Ruth reunited, and although Rachel continued to suffer loss and lingering health issues, she lived a full life, as did Ruth, both women overcoming adversity, getting on with the business of life and living, and appreciating every moment they were alive – and FREE! 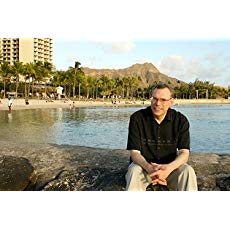 Alan Brennert is the author of the best-selling historical novels MOLOKA'I and HONOLULU, both favorites of reading groups across the country. MOLOKA'I was a 2012 "One Book, One San Diego" selection and HONOLULU was named one of the best books of 2009 by The Washington Post. PEOPLE Magazine said of his novel PALISADES PARK, "Brennert writes his valentine to the New Jersey of his youth in RAGTIME style, mixing fact and fiction. It's a memorable trip." His work on the television series L.A. LAW earned him an Emmy Award in 1991 and his short story "Ma Qui" was honored with a Nebula Award in 1992. His latest book, DAUGHTER OF MOLOKA'I, is a follow-up to MOLOKA'I that tells the story of Rachel Kalama's , her early life, her internment during World War II, and her eventual meeting with her birth mother, Rachel. The novel explores the women's 22-year relationship, only hinted at it in MOLOKA'I.
Posted by gpangel at 1:00 AM