The Dead Ex by Jane Corry- Feature and Review 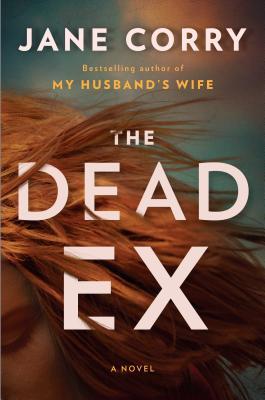 One man's disappearance throws four women's lives into chaos--who will survive?
Vicki works as an aromatherapist, healing her clients out of her home studio with her special blends of essential oils. She's just finishing a session when the police arrive on her doorstep--her ex-husband David has gone missing. Vicki insists she last saw him years ago when they divorced, but the police clearly don't believe her. And her memory's hardly reliable--what if she  something to do with it?
Meanwhile, Scarlet and her mother Zelda are down on their luck, and at eight years old, Scarlet's not old enough to know that the "game" her mother forces her to play is really just a twisted name for dealing drugs. Soon, Zelda is caught, and Scarlet is forced into years of foster care--an experience that will shape the rest of her life . .
David's new wife, Tanya, is the one who reported him missing, but what really happened on the night of David's disappearance? And how can Vicki prove her innocence, when she's not even sure of it herself? The answer lies in the connection among these four women--and the one person they can't escape.

The Dead Ex by Jane Corry
My rating: 4 of 5 stars

The Dead Ex by Jane Corry is a 2019 Pamela Dorman Books publication.

Vicki suffers from a debilitating disorder, however, she’s opened her own aromatherapy business and is taking things one day at a time, until she is informed that her ex-husband has gone missing, and she becomes a prime suspect.

Scarlet is a child who has been kicked around by life. Her mother has been incarcerated and Scarlet finds herself shuffled from one bad situation to another in the foster care system.

Then there is Tanya, David’s current wife, who is the one who reported him missing.

These women are so far removed from one another, moving in totally different circles, living entirely different lifestyles. So how are they connected and what, if anything, do they know about David’s disappearance?

The novel's atmosphere held my attention with an unshakable feeling of foreboding. The various narratives were so strikingly divergent I couldn’t for the life of me figure out how Scarlet and Vicki’s lives could possibly intersect.

However, my main concern for anyone considering this book is the author’s method of connecting the dots. Corry takes the long way home, so to speak, as the pacing is far from brisk. I admit that as absorbing as the story was, there were times I felt myself becoming a little impatient.

However, because the plot is so cleverly complex, a slow burn technique is almost necessary. Perhaps it was best not to rush things, because if the momentum had been quicker, the emotional punches and truly stunning surprises might not have had the same impact. Either way, I promise, your patience will be rewarded with some very shocking revelations and well timed twists!!

After thinking on this one for a little while, I feel the author really did so a terrific job of putting all the puzzle pieces in order, at just the right time and place. In my opinion, this is a smart, understated thriller. It challenged me, kept me guessing to the bitter end and had me mulling over the plot’s complexities long after I turned the final page. 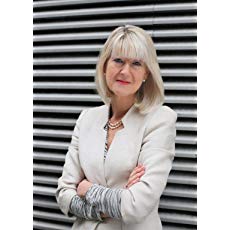 Jane Corry is a writer and journalist who has written regularly for numerous newspapers and magazines including The Daily Telegraph Weekend section, the Mail on Sunday and Woman. She has spent time working as the writer-in-residence of a high security prison for men- an experience that helped inspire My Husband's Wife, her début thriller. 'I love twists and turns that keep the reader guessing until the very end! My husband says I'm a nightmare to watch dramas with as I love to work out who did it before the final revelation!'Jane runs regular writing workshops and speaks at literary festivals all over the world, including The Women's Fiction Festival in Matera, Italy. Until her recent move to Devon, she was a tutor in creative writing at Oxford University. She is also an associate member of the Royal Literary Fund. Many of Jane's ideas come during her morning dog-jog along the beach followed by a dip in her wetsuit. She's an all-year-round swimmer provided the sea isn't dangerous.) Jane also loves tennis, walking, reading, yoga, the 'Quiet' train carriage (a great 'office' for writing) and her family. She's still coming to terms with being an empty-nester but makes up for it with lots of long-distance nagging! Jane's second husband was a bachelor family friend who is also Godfather to her children. He makes her laugh every day, although they can't agree on how to load the dishwasher!
Posted by gpangel at 1:00 AM