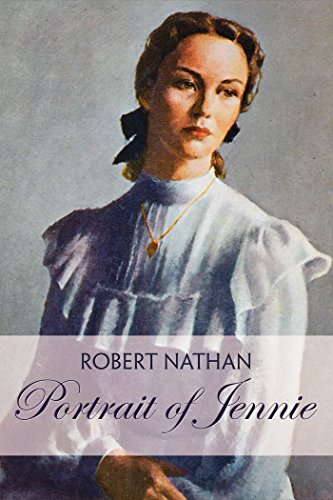 Artist EBEN ADAMS has never been able to impress influential art dealer HENRY MATTHEWS with his work until he sketches a schoolgirl in Central Park named JENNIE. Eben is intrigued by her mystical quality and the way she chats about things that happened long before her time. When he sketches Jennie, the drawing conveys more emotion than anything else he has ever done, but before he can finish, Jennie vanishes. Eben searches for Jennie, and when he finds her, he notices a startling transformation has aged several years since their first meeting. Eben soon realizes that Jennie has long been dead and that she is a beautiful spirit who means more to him than life itself. Over the next several days, Eben paints Jennie's portrait, knowing that when he finishes, Jennie will disappear again. His foretelling comes true. Disheartened, Eben searches in vain for his timeless beloved and eventually finds comfort in the notion that true love has no boundaries between time and space. He, Jennie, and the world are one.

Portrait of Jennie by Robert Nathan
My rating: 5 of 5 stars

The Portrait of Jennie by Robert Nathan was originally published in 1940.

I read this book several times when I was a teenager. Over the years, however, I completely forgot about it- until I saw it pop up on my Goodreads feed a little while back. I knew right away I wanted to re-read this one, but finding a copy of this book is very difficult. My library had an audio version, but I was hoping they would have a physical copy or at least a digital copy on Overdrive- but I was out of luck on that front and eBay- Oy! Too rich for my blood. Finally, I gave up and settled for the Kindle edition, which is only 99 cents.

(*Note:  It has just come to my attention, that, for some reason, this title is no longer unavailable in the Kindle store- will update purchase links, if and when they become available. However, as of this writing, it is available at Barnes & Noble- for the Nook- or with the Nook App for 99 cents and on KOBO- via Wal Mart e books)

I wondered if maybe I had mythologized this book. I seem to remember the deep impression the story had on me, more than any specific details of it, if that makes any sense. I was worried it might be one of those books that once I read it as an adult, it would fail to impact me in the same way it did when I was younger.

Well, I needn’t have worried about that. As a teenager, drawn to fantasy and the supernatural, this book would have appealed to me due to the prominence of those elements. But, as an adult, I realize the palpable loneliness, the longing, and the tragedy of the story, as well as the bittersweet and tender love story is what is really at the heart of the story.

The Past isn’t behind us… it’s all around us-

I love this story more than ever! It’s a short story- novella size in length, but wow! It really packs a powerful punch. It’s a so well written, so mysterious, and melancholy. The fantasy elements are really left up to the reader to decipher as they see fit, as no pat answers are given. This only adds to the book's legend, I think, as everyone seems to have a different opinion.

Personally, I lean, not towards the time travel, but a 'time slip' scenario, myself. That’s a fine line, I know, but time slip adds more of a supernatural tone, I think. Either way, Eben Adams will hold Jeannie's memory in his heart, which is the most important thing, no matter which theory you choose to embrace. I'd love to hear your opinion!)

There is a movie, most people are familiar with, starring Joseph Cotten, but amazingly enough, I have never seen it. Some people really love it, but many believe the book is much better and my understanding is that some liberties were taken especially with the conclusion, so I think I’ll continue to steer clear of the movie. However, if you are interested, you can probably find it on YouTube.

GET YOUR COPY HERE 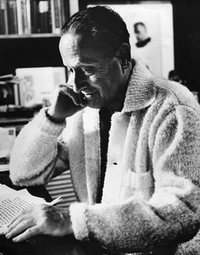 Nathan was born into a prominent New York Sephardic family. He was educated in the United States and Switzerland and attended Harvard University for several years beginning in 1912. It was there that he began writing short fiction and poetry. However, he never graduated, choosing instead to drop out and take a job at an advertising firm to support his family (he married while a junior at Harvard). It was while working in 1919 that he wrote his first novel—the semi-autobiographical work Peter Kindred—which was a critical failure. But his luck soon changed during the 1920s, when he wrote seven more novels, including The Bishop's Wife, which was later made into a successful film starring Cary Grant, David Niven, and Loretta Young.