Before We Were Strangers by Brenda Novak- Feature and Review 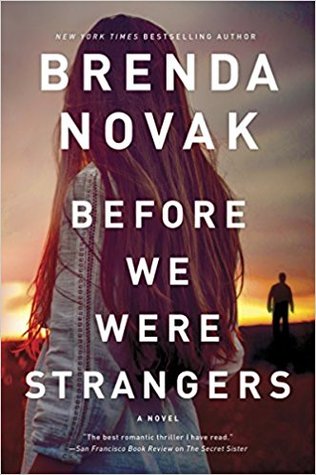 Something happened to her mother that night. Something no one wants to talk about. But she's determined to uncover her family's dark secrets, even if they bury her.

Five-year-old Sloane McBride couldn't sleep that night. Her parents were arguing again, their harsh words heating the cool autumn air. And then there was that other sound--the ominous thump before all went quiet.

In the morning, her mother was gone. The official story was that she left. Her loving, devoted mother! That hadn't sat any better at the time than it did when Sloane moved out at eighteen, anxious to leave her small Texas hometown in search of else. But not even a fresh start working as a model in New York could keep the nightmares at bay. Or her fears that the domineering grew up with wasn't just difficult--he was deadly.

Now traumatic loss forces Sloane to realize she owes it to her mother to find out the truth, even if it means returning to a small town full of secrets and lies, a jilted ex-boyfriend and a father and brother who'd rather see her silenced. But as Sloane starts digging into the past, the question isn't whether she can uncover what really happened that nightit's what will remain of her family if she does?

Before We Were Strangers by Brenda Novak
My rating: 4 of 5 stars

Before We Were Strangers by Brenda Novak is a 2018 MIRA publication.

A little heavy on the dramatics, but still a good, solid thriller-

When Sloane McBride was five years old, her mother suddenly disappeared, never to be seen or heard from again. Sloane has a few vivid memories of the night her mother left, and for many years she has suspected her father of foul play. Now, after ending a successful run as a popular supermodel, Sloane has returned to her hometown, hoping to finally discover what really happened to her mother all those years ago.

However, the adage about never going home again is proving true for Sloane in the most awkward of ways, not to mention the rather chilly reception she receives from her father and brother. However, the deeper she digs, she uncovers a few disturbing secrets about her mother, which causes her to question her own memories, and her powerful convictions about her father’s guilt.

Are Sloane’s memories faulty? Did her father have something to do with her mother’s disappearance or did she leave of her own accord?

Brenda Novak is usually a very dependable author. She writes across several genres, from contemporary romance to traditional thrillers. However, I seem to gravitate more towards her romantic suspense novels, since she is one of the few still around who writes them in a more traditional format. Although I had a few issues with this one, I still couldn’t put it down!

The mystery surrounding Sloane’s mother is a very solid thread. This part of the story is compelling and has some nice plot twists. However, the romantic angle was more like a soap opera, and all three characters in the love triangle, if you will, end up looking pathetic at one point or another, but none more than Sloane’s former best friend who alternately loves and hates Sloane. However, I kept turning those pages as fast as I could, all the same. What can I say? Sometimes, I’m a real sucker for an over the top sudsy drama.

Overall, the mystery has all the elements of a good, thriller, which makes this one worth your time, even if you would rather skip all the heavy melodrama. 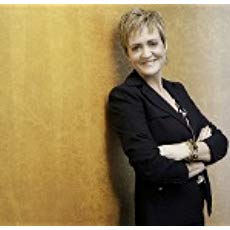 "When I first got the idea to become a novelist, it took me five years to teach myself the craft and finish my first book," Brenda says. But she sold that book, and the rest is history. Her novels have made the New York Times and USA Today bestseller lists and won many awards, including six Rita nominations, the Book Buyer's Best, the Book Seller's Best, the Silver Bullet and the National Reader's Choice Award.Brenda and her husband, Ted, live in Sacramento and are proud parents of five children--three girls and two boys. When she's not spending time with her family or writing, Brenda is usually raising funds for diabetes research (her youngest son has this disease). So far, Brenda has raised $2.6 million!
Posted by gpangel at 1:00 AM