The Potter's Daughter by Jackie Ladbury- Feature and Review 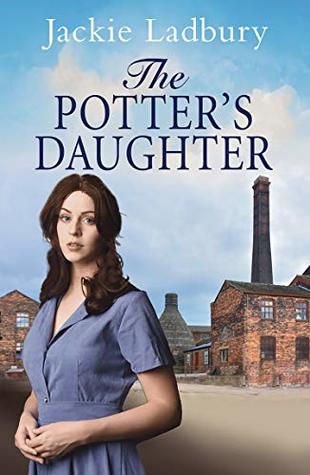 When Daniel Davenport saves Maddie Lockett and her brother Tom from drowning, an immediate bond is forged between them.

But Daniel is an aspiring doctor and of a wealthy manufacturer, whilst Maddie is a potter’s daughter from a poverty-stricken area of the Potteries. Even a friendship between the two could be frowned upon, let alone anything more

But Maddie and Daniel want more, and as they grow closer gossip and prejudice look set to spoil their blossoming romance. a chance when there are those who would stop at nothing to keep them apart?

The Potter's Daughter by Jackie Ladbury
My rating: 4 of 5 stars

The Potter’s Daughter by Jackie Ladbury is a 2019 Ruby Fiction publication.

Daniel and Maddie meet under the most stressful of circumstances, but despite that, they feel an instant connection. However, they come from completely different backgrounds which will test their resolve to make a life together.

Maddie lives in a community where most people work in the potteries, and the work conditions are dangerous and the air poisonous. Daniel on the other hand, is born into an affluent family and has set his heart on becoming a doctor.

The class distinctions make their friendship inadvisable, but the couple has more than friendship on their minds. This is a situation, which, despite their determination, could be doomed right from the start. With all manner of unexpected developments and twists, the couple could find themselves torn apart forever like two ships passing in the night.

This story reminds me of a few of the old school sagas I used to read back in the eighties. The couple falls hard and fast, but fate seems to intervene at every turn to keep them apart. They must endure heartbreak and much adversity before finding each other again. Is their love strong enough to endure the challenges they will face?

I always liked those historical dramas and although this story is much too short to be considered epic or a true saga, it does have an expanded time frame, with many roadblocks, twists and turns, and ups and downs, making the reader squirm with frustration, wondering if Daniel and Maddie would ever find a way to make a life together.

The author captures the hopelessness and poor living conditions surrounding the potteries and builds a story around that atmosphere, which is a long way from being a fairytale romance. Daniel, his friends, and his family, save for his sister, could try my patience, but Maddie is a character I found myself rooting for.

This is an absorbing story with a heavy emphasis on drama. The romance is one that begins as youthful passion, but, deepens into a love that spans time and conquers the manipulations of others, class differences, and various moral dilemmas that threaten to keep them apart.

Overall, this is not your typical historical romance or fictional story. That may be part of why I enjoyed it. This author shows some early talent and is one I think could develop quite nicely. 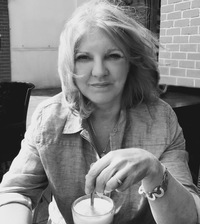 Jackie Ladbury writes contemporary and historical women’s fiction that is always guaranteed a happy ever after. From spending many years as an air-stewardess and seeing that it really is love that makes the world go around, she determined to put the same sparkle and emotion into her stories. Her life is no longer as exotic (or chaotic) as it was in those heady days of flying as she now lives a quiet life in Hertfordshire with her family and two cats, spending her days making up stories and finding excuses not to go to the gym.To find out more about Jackie Ladbury, check out these pages:https://www.facebook.com/jackie.ladburyhttps://jackieladbury.comhttps://twitter.com/JackieLadburyhttps://thewriteromantics.com/
Posted by gpangel at 1:00 AM