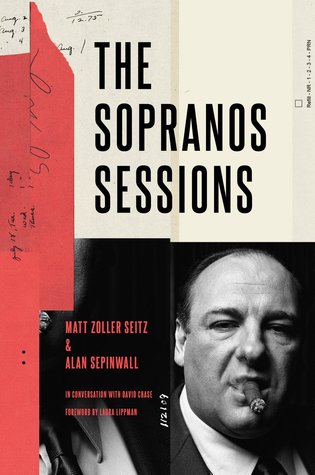 On January 10, 1999, a mobster walked into a psychiatrist’s office and changed TV history. By shattering preconceptions about the kinds of stories the medium should tell, The Sopranoslaunched our current age of prestige television, paving the way for such giants as Mad Men, The Wire, Breaking Bad, and Game of Thrones. As TV critics for Tony Soprano’s hometown paper, New Jersey’s The Star-Ledger, Alan Sepinwall and Matt Zoller Seitz were among the first to write about the series before it became a cultural phenomenon.
To celebrate the 20th anniversary of the show’s debut, Sepinwall and Seitz have reunited to produce The Sopranos Sessions, a collection of recaps, conversations, and critical essays covering every episode. Featuring a series of new long-form interviews with series creator David Chase, as well as selections from the authors’ archival writing on the series, The Sopranos Sessions explores the show’s artistry, themes, and legacy, examining its portrayal of Italian Americans, its graphic depictions of violence, and its deep connections to other cinematic and television classics.

The Sopranos Sessions by Matt Zoller Seitz
My rating: 5 of 5 stars


Well, you woke up this morning
Got yourself a gun
Your mama always said you'd be the chosen one

She said, you're one in a million, you've got to burn to shine
But you were born under a bad sign with a blue moon in your eyes

But you're looking good, baby
I believe you're feeling fine (shame about it)
Born under a bad sign with a blue moon in your eyes

When you woke up this morning everything was gone
By half past ten your head was going ding-dong
Ringing like a bell from your head down to your toes,
Like a voice trying to tell you there's something you should know
Last night you were flying but today you're so low
Ain't it times like these that make you wonder if you'll ever know
The meaning of things as they appear to the others
Wives, mothers, fathers, sisters and brothers
Don't you wish you didn't function, don't you wish you didn't think beyond the next paycheck
And the next little drink?
Well, you do, so make up your mind to go on 'cause when you woke up this morning
Everything you had was gone, everything you had was gone

This book is AWESOME!!

The Sopranos has often been referred to as the best television show of all time. Although there have been many great shows before and since, I must agree with that assessment. The Sopranos wasn’t just a groundbreaking crime drama, it changed television as we knew it, forever.
Twenty years after the fact, and I still believe it should hold top honors.
The authors were a little nervous about this book because twenty years IS a long time ago, especially in the television and entertainment industry. So much as changed in that time, and HBO is not necessarily the king of the hill any longer.

However, they needn’t have worried. Despite the passage of time, any dated quality about The Sopranos is easily overlooked compared to the path the show paved for other great television dramas and the legend it created, which still stands unmatched today.

I loved the title of the book. It couldn’t have been more aptly named. I also enjoyed the forward by author Laura Lippman, and David Chase’s participation and interviews. He really made me chuckle in a few places as he expressed frustration with a coddled audience, who after years of having things explained to them like little children, couldn’t manage to puzzle out the nuances of The Sopranos, constantly asking Chase questions, looking for pat answers, instead of using their brains to draw their own conclusions. Viewers simply were not used to that type of challenge coming from a television program.

This book is very comprehensive, detailing every single episode of every season. Oh, the memories!! The complexity of the show, the many juxtapositions, parallels, and ironies, the fantastic, second to none writing, and the performances all spring back to life, reminding me once more of just how incredible this show was.

The psychology behind public’s fascination with the mob is so interesting. Seriously, Tony Soprano was the ultimate anti-hero. I shook my head many times at how often I found myself pulling for the guy. Really. Then I’d wonder what was wrong with me!! The guy was a serial adulterer and a stone -cold killer, for God’s sake!! However, I don’t think I was alone in that.

This book is a must for fans of The Sopranos. There are so many angles this book brought to my attention, that I’d either missed or forgotten about, even though I’ve watched the series at least three times from start to finish. Now, I want to watch it again, using this book as a guide so I can pick up on all those wonderful little Easter eggs, and pointers, the authors and David Chase provided for me.

The Sopranos, along with several other stellar HBO dramas and comedies, did bring television up to a much higher standard, where it even gave the movie industry a run for its money. The show helped spawn such outstanding shows as Mad Men and Breaking Bad, giving the industry respect it had struggled to obtain almost from its inception.

I can’t say it held on to that level of quality programing, however. There are some quality programs out there, but they are far and few between, in my opinion. Thankfully, I still have all my DVD box sets of The Sopranos and can still watch the best show ever made as often as I like.

If you missed out on the show back in the day and are curious about it now, watch the series from start to finish- THEN add this book to your library or only read it in sections, due to spoilers.

Causal fans will become hard core fans once they study the show a little more and see the genius behind it.

Matt Zoller Seitz is the Editor at Large of RogerEbert.com. He is also the TV critic for New York Magazine and Vulture.com, and a finalist for the Pulitzer Prize in criticism. His writing on film and television has appeared in The New York Times, Salon.com, The New Republic and Sight and Sound. Seitz is the founder and original editor of the influential film blog The House Next Door, now a part of Slant Magazine, and the co-founder and original editor of Press Play, an IndieWire blog of film and TV criticism and video essays.

Other Seitz books include Mad Men Carousel: The Complete Critical Companion, The Oliver Stone Experience, and TV (The Book). He is currently working on a novel, a children's film, and a book about the history of horror, co-authored with RogerEbert.com contributor Simon Abrams. 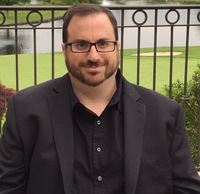 Alan Sepinwall has been writing about television for close to 20 years, first as an online reviewer of "NYPD Blue," then as a TV critic for The Star-Ledger (Tony Soprano's hometown paper), now as author of the popular blog What's Alan Watching? on HitFix.com. Sepinwall's episode-by-episode approach to reviewing his favorite TV shows "changed the nature of television criticism," according to Slate, which called him "the acknowledged king of the form."