“Queen of Suspense” Mary Higgins Clark and Alafair Burke are back with their fifth book in the New York Times bestselling Under Suspicion series; when TV producer Laurie Moran investigates an unsolved murder, she becomes entangled in a web of long-buried secrets and begins to wonder if her own life is in grave danger as a mysterious stalker plots revenge.

When we last saw Laurie Moran, she had recently become engaged to her show’s former host, Alex Buckley. Since then, the two have been happily planning a summer wedding and honeymoon, preparing for Alex’s confirmation to a federal judicial appointment, and searching for the perfect New York City home for their new life together.
But then Laurie is approached by Robert and Cynthia Bell, parents of Dr. Martin Bell, a famously charming and talented physician who was shot dead as he pulled into the driveway of his Greenwich Village carriage house five years ago. The Bells are sure that Martin’s disgraced and erratic wife, Kendra, carried out the murder. Determined to prove Kendra’s guilt and win custody over their grandchildren, they plead with Laurie to feature their son’s case on “Under Suspicion,” ensuring her that Kendra is willing to cooperate.
Kendra has lived under a blanket of suspicion since Martin’s death, with the tabloid media depicting her as a secretive, mentally unstable gold-digger. Laurie’s show is a chance for her to clear her name. But unbeknownst to the Bells, Kendra has already refused once before to go forward with a re-investigation of her husband’s murder, and her statements to the contrary only add to the appearance of guilt.
But once Laurie dives into the case, she learns that Martin wasn’t the picture-perfect husband, father, and doctor he appeared to be and was carrying secrets of his own. And what does the web of lies ensnaring the Bell family have to do with a dangerous stranger, who gazes at Laurie from afar and thinks, What a pretty girl, I’m sure she’s going to be missed…?
You Don’t Own Me is the perfect, exhilarating follow up to the bestselling Every Breath You Take. The “Queen of Suspense” Mary Higgins Clark and her dazzling partner-in-crime Alafair Burke have devised another riveting page-turner.

You Don't Own Me by Mary Higgins Clark
My rating: 4 of 5 stars

You Don’t Own Me by Mary Higgins Clark and Alafair Burke is a 2018 Simon & Schuster publication.

The latest cold case for Laurie Moran’s popular program, “Under Suspicion” involves the unsolved murder of Dr. Martin Bell, a prominent physician. Martin’s parents are convinced his troubled wife, Kendra, was behind his murder and they want Laurie to feature his case on her show. What they don’t know is that Kendra has already been approached about cooperating with them, but she refused to participate. But, after a second visit from Laurie and her partner, Ryan Nichols, Kendra is convinced it might be in her best interest to go along with it.

Meanwhile, Laurie and Alex are making wedding plans and looking for the perfect place to begin their new lives together, while also celebrating Alex’s appointment to a Federal Judgeship position.
But the reader knows something they don’t- Laurie is being followed and her stalker has murder on his mind…

I’ve followed this series from the beginning and I have loved every single installment. I will say the last chapter in the series was maybe the weakest one and I was just little concerned about the series running out of steam.

However, I needn’t have worried. This latest edition was one of the darkest and most layered cold cases so far. Most of you have heard me say that of all the various tropes in the mystery/thriller categories, cold cases are my favorite. Naturally, this series would appeal to me on that basis alone. Add in the fact that it is co-written by two of the best female mystery/suspense writers out there, and you have an unbeatable combination.

It seems every character in this story has an explosive secret, one that could cast suspicions on them. Even the murder victim has secrets, secrets that could give someone a nice motive for murder. This installment has some really nice and well-timed twists, which kept me on my toes and guessing all the way to the bitter end.

There was a lot going on in this story, with Alex, the stalker, and the murder case, but these clever and seasoned authors brought all the threads together for a rousing and suspenseful conclusion.

I can’t wait to see what these ladies will bring us next in this series! 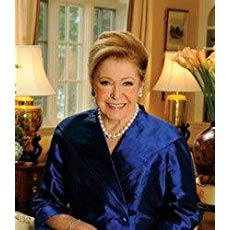 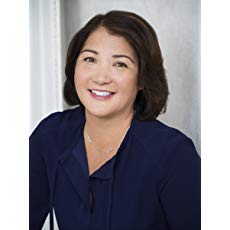