My One and Only Duke by Grace Burrowes- Feature and Review 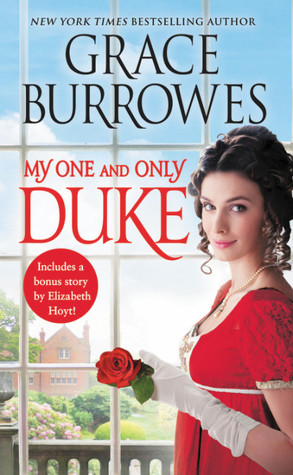 New York Times bestselling author Grace Burrowes introduces us to the unconventional Wentworth family in this charming Regency romance with a Cinderella twist.A funny thing happened on the way to the gallows...
One minute, London banker Quinn Wentworth is facing execution. The next, he's declared the long-lost heir to a dukedom. Quinn has fought his way up from the vilest slums, and now he's ready to use every dirty trick he knows to find the enemy who schemed against him.
There was just one tiny problem...
Jane Winston, the widowed, pregnant daughter of a meddlesome prison preacher, crosses paths with Quinn in jail. Believing his days are numbered, Quinn offers Jane marriage as a way to guarantee her independence and provide for her child. Neither thinks they'll actually have a future together.
They were wrong.
He's a wealthy gutter rat out for vengeance. She's a minister's daughter who must turn a marriage of desperation into a proper ducal union. Are they doomed from the start or destined for a happily-ever-after?

My One and Only Duke by Grace Burrowes
My rating: 4 of 5 stars

My One and Only Duke by Grace Burrowes is a 2018 Forever Romance publication.

A good mystery mingled with a wonderful and warm love story-

Quinn is in prison for a crime he did not commit. Jane, a minister’s daughter, visits him shortly before his execution date. From these visits Quinn learns that Jane is widowed, pregnant with her first child, and is under her father’s manipulative power. With nothing left to lose, Quinn offers to marry Jane, giving her independence, and the financial freedom to provide for her child. Seizing the opportunity, Jane agrees to the marriage. But, literally, at the very last minute, Quinn is saved from the gallows. He is immediately informed that he is the lost long heir to a dukedom! His good fortune also means he and Jane must now live together as husband and wife.

No matter how awkward it is, the couple has no choice but to make the best of the situation. However, before they can earnestly begin a life together, Quinn must discover who is out to destroy him, while protecting his family, which now includes Jane and her unborn child.

What a wonderful blend of mystery and romance! I love a mystery with intrigue, especially in a historical setting. This story has plenty of that, but intrigue shouldn’t be compared with other forms of mystery, because the pacing is usually slower, and the plot may take a little longer to develop. However, this one did move a little too slow at times, and the wrap up was a little frenetic. Still, the plot was still pretty smart and challenging, which is what I liked about it the most.

The romance also takes its time to develop, but I thought that made much more sense because, although this couple may have had a bit of chemistry working for them while Quinn was in prison, they were both stunned by Quinn’s last- minute reprieve.

While Quinn’ feelings deepen for Jane each day, his mind is preoccupied, leaving it to Jane to gently prod the relationship forward. After thinking about it, I think the slow burn was more realistic, although I do admit I did get frustrated with Quinn’s reticence, at times.

Jane’s bravery in facing her ‘new normal’ is admirable, as is her support of Quinn. The one area of weakness for Jane is the relationship she endures with her father, who continues to interfere in her life. With her new circumstances and the inner -strength she acquires, her character develops in the most wonderful of ways.

Overall, this variant on the rags to riches theme does move at a leisurely pace, but is an evenly balanced combination of an intriguing suspense and a tender love story.

I don’t know how I managed to lose track of Grace Burrowes over the past couple of years, but it has been a great pleasure to reconnect with her again.

*This version of the book also includes ‘Once Upon a Christmas Eve’ a novella by Elizabeth Hoyt. 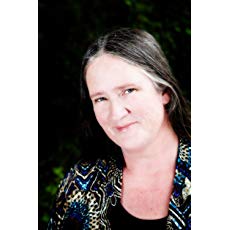 Grace Burrowes started writing as an antidote to empty nest and soon found it an antidote to life in general. She is the sixth out of seven children, raised in the rural surrounds of central Pennsylvania. Early in life she spent a lot of time reading romance novels and practicing the piano. Her first career was as a technical writer and editor in the Washington, DC, area, a busy job that nonetheless left enough time to read a lot of romance novels.It also left enough time to grab a law degree through an evening program, produce Beloved Offspring (only one, but she is a lion), and eventually move to the lovely Maryland countryside. While reading yet still more romance novels, Grace opened her own law practice, acquired a master's degree in Conflict Transformation (she had a teenage daughter by then) and started thinking about writing.... romance novels. This aim was realized when Beloved Offspring struck out into the Big World a few years ago. ("Mom, why doesn't anybody tell you being a grown-up is hard?")Grace eventually got up the courage to start pitching her manuscripts to agents and editors. The query letter that resulted in "the call" started out: "I am the buffoon in the bar at the RWA retreat who could not keep her heroines straight, could not look you in the eye, and could not stop blushing--and if that doesn't narrow down the possibilities, your job is even harder than I thought." (The dear lady bought the book anyway.)
Posted by gpangel at 1:00 AM