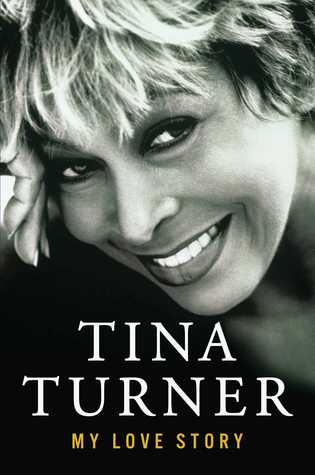 NEW YORK TIMES BESTSELLER
Tina Turner—the long-reigning queen of rock & roll and living legend—sets the record straight about her illustrious career and complicated personal life in this eye-opening and compelling memoir.
From her early years in Nutbush, Tennessee to her rise to fame alongside Ike Turner to her phenomenal success in the 1980s and beyond, Tina candidly examines her personal history, from her darkest hours to her happiest moments and everything in between.
My Love Story is an explosive and inspiring story of a woman who dared to break any barriers put in her way. Emphatically showcasing Tina’s signature blend of strength, energy, heart, and soul, this is a gorgeously wrought memoir as enthralling and moving as any of her greatest hits.

My Love Story by Tina Turner
My rating: 4 of 5 stars

My Love Story by Tina Turner is a 2018 Atria Books publication.

Tina Turner is another artist who has been around my entire life. I remember seeing her perform Proud Mary on television back when I was a little kid and found Tina’s stage presence to be electrifying.

Still, it wasn’t until she released her solo album, back in the eighties, that I became a huge fan. I loved her MTV videos, her music, her voice, and her style. I knew she’d long ago dumped Ike Turner, but I didn’t know all the particulars. I had heard rumors he abused her, but I remained ignorant of how harrowing her life was until the movie, "What’s Love Got to Do with It” came out.

I still haven’t read, ‘I, Tina’, but I got the gist of the situation from watching the movie. So, of course, by now, most of us know Tina escaped a brutal marriage, walked away with nothing but her name, reinvented herself, and became a huge star. In other words, she personifies the word ‘inspirational’.

But, what about the second half of her life? What has Tina’ life been like since her rise to superstardom and beyond?

This second memoir by Tina Turner, is a not only about her humble beginnings, which she does spend some time on, including the years she spent married to Ike. It’s not just about her rise up from the ashes to meteoric fame, or the many great relationships she has forged over the years, both in her professional life, and in her personal life. It’s about her finding peace and contentment in Switzerland, it’s about finding true love with her second husband, Edwin Bach. This is her real love story. However, Tina also reveals her myriad of health concerns, none of which I was aware of before reading this book.

Tina is so refreshing. Musical memoirs are risky business with me. I often come away wishing I hadn’t read one of these books because the featured artist is so self- absorbed or so out of touch with what is going on in the world, I lose respect. Tina’s story, even the parts we’re familiar with, is a fascinating testament and an inspiration to so many people. Her music stands the test of time and her attitude towards her audience and fans is one I wish more professionals would adopt.

I enjoyed being a part of her shared memories and her success, and hearing about the life she’s forged with Edwin. Her approach is often humorous, at times shy, and maybe even a little embarrassed or chagrined by some of her mistakes, or moments of uncertainty. As with any celebrity memoir, I couldn’t relate to everything Tina is involved with, nor do I agree with all her philosophies.

I also found myself cringing a time or two as she went into more details than I really needed her to when describing her health issues and the various symptoms she had to cope with. But, I did love her tenacity, and the way her husband protects her, helped to keep her spirits up, and went above and beyond for her. I also thought she faced her illnesses with optimistic bravery.

I was happy to hear she is still holding her own, still interested in decorating her home and I love that she’s involved in the musical production about her life which has been very well received. Sadly, though, Tina has endured still more tragedy and I do hope she finds a way to get through it, as she has vowed to do.

Once again, I am struck by how many layers there are to this amazing and talented performer. Watching her amazing metamorphosis over the years, is incredible. She’s earned her right to enjoy retirement and the lovely surroundings of her home and adopted country. I am happy she’s found real and true love and hope she has many more years left to enjoy her time with Edwin and that the musical will be a huge hit on Broadway when it comes to America. 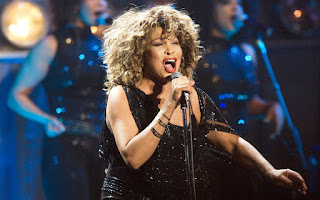 Tina Turner (born Anna Mae Bullock) is an American singer-songwriter, dancer, and actress. She has won eight Grammy Awards. Turner's consistent contributions to rock music have earned her the title "The Queen of Rock & Roll". Besides rock music, she has also performed R&B, soul, dance and pop music. She was listed on Rolling Stone's list The Immortals — The Greatest Artists of All.
Turner has been acknowledged as one of the world's most popular and biggest-selling music artists of all time and is the most successful female rock artist of all time with record sales exceeding 180 million. She has sold more concert tickets than any other solo performer in history. To date, Turner has 7 Billboard top 10 singles, 16 US top ten R&B singles, and over 20 Top 40 hits in the UK. All of her albums since Private Dancer have been Top 10 UK hits.


Turner's world tour Break Every Rule Tour had record breaking ticket sales, visited by over four million fans. Turner also beat out The Rolling Stones by touring Europe with 121 shows during her sold out Foreign Affair Tour in 1990. She ended up playing to four million people in just six months. Her 1996 Wildest Dreams Tour was performed to 3.5 million people over 250 dates through 2 years. Her most recent tour was 2000's Twenty Four Seven Tour. It was the highest grossing tour of the year and is the 5th biggest grossing tour in America ever.
The popular press has referred to Turner favorably as "the truest rock diva of all," "soul's first real diva," "the most dynamic female soul singer in the history of the music," and "one of soul music's most incendiary performers."