One Magical Christmas by Berni Stevens- Feature and Review 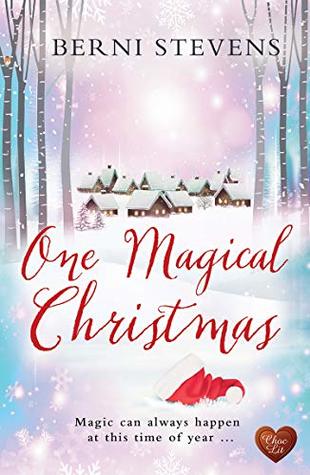 
Christmas magic doesn’t really exist – does it? When Annie Berry collides with Nik Knoll in a car park on the day of her sister’s wedding, it feels like all of Nik’s Christmases have come at once. Annie seems like just the sort of woman he’d like to get to know, and the chance nature of their encounter is almost like, well … Christmas magic. But Nik has a secret, and he has to be sure that he can trust Annie before he tells her. The problem is that this secret has a Christmas deadline, and time is running out …

One Magical Christmas (Choc Lit): Start to love Christmas again with this magical read! by Berni Stevens
My rating: 4 of 5 stars

One Magical Christmas by Berni Stevens is a 2018 Choc lit publication.

Annie physically collides with Nik on her sister’s wedding day. Now, Annie wants to find out who that good-looking guy is!! With a little help from her sister, she finds a way to reconnect with him.

Annie works with animals and Nik runs a nursery, but also keeps an interesting assortment of animals, including a reindeer!

As Annie and Nik begin spending more time together, their relationship deepens, but Nik is hiding an explosive secret, one he must tell Annie before Christmas. However, he’s worried about Annie’s reaction once she learns the truth.

This is a short, sweet and super cute holiday romance. There’s a bit of intrigue tossed in, some cool animals, some mild drama, a little suspense, but mostly it’s about watching two people fall in love. Once Nik finally gets around to the big reveal, I was gobsmacked. How did I miss that? I don’t know, but I’m glad I didn’t see the surprise coming, because it was… you guessed it… magical!!

I really did enjoy this novella length story. The characters are quirky and fun, the atmosphere is whimsical, and the dialogue is adorably humorous. This cozy holiday romance will have you believing in the magic of the holiday season all over again! Recommended to everyone!!

GET YOUR COPY HERE:
https://www.amazon.com/One-Magical-Christmas-Choc-Lit-ebook/dp/B07H7LXNLC/ 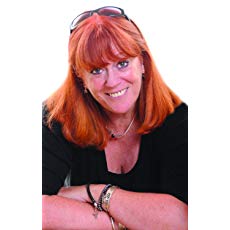 Berni Stevens lives in a 400-year-old cottage in Hertfordshire UK, with her husband, black cat, three goldfish who think they're piranha, and occasionally her son when he needs feeding up! She trained in graphic design, and has worked as a book cover designer for over twenty-five years.Her love of paranormal fiction began at school when she first read Bram Stoker's Dracula, and she's been a dedicated fan of the fanged ever since.Berni is on the committee of The Dracula Society - a UK-based literary society for fans of gothic literature, film and theatre. She also designs their quarterly newsletter.Berni works as a freelance cover designer both for publishers and self-published authors. Any 'spare' time is taken up with jazz dance and Zumba, going to rock concerts and hiking canyons every year in Utah.Dance Until Dawn, a paranormal romance, was Berni's UK debut with award-winning publisher Choc Lit, was described by the Bookseller magazine as 'Good fun'. It's available in paperback, eBook and audio. The sequel, Revenge is Sweet, is available in all digital formats. The third novel in the series is almost complete, featuring many of the same characters from the first two books whilst concentrating on the trials and tribulations of a lovelorn werewolf.Berni's first romantic comedy, One Magical Christmas, is available in all digital formats and audio, from 30 October 2018 and will restore your belief in magic - especially at the wonderful time of Christmas.Berni also has several short stories published in anthologies - romantic ones, Gothic ones and sometimes simply fantasy!