Who Cares If They Die 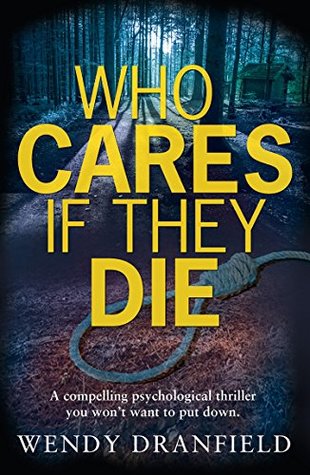 Did she jump or was she pushed?
It starts with the hanging woman in the Maple Valley woods; the woman with no shoes, no car, and no name. On paper, it’s an obvious case of suicide – but to Officer Dean Matheson, something doesn’t add up.
Then there are the other deaths, deaths that also look like suicides – but are they? The victims are all women living on the fringes of society, addicts, and criminals. Who will miss them? Does anyone really care if they die?
Dean Matheson is making it his business to care, even if it means he becomes a target...

Who Cares If They Die by Wendy Dranfield
My rating: 4 of 5 stars

Who Cares if they Die by Wendy Dranfield is a 2018 Ruby Fiction publication.

Dean Matheson’s dream is to make detective. When a perplexing case gives him his chance to make an impression, Dean goes all in. However, his personal life is a real mess. He’s grieving the loss of his brother, and his marriage is on the skids after Dean confesses to an affair. To make matters more complicated, Dean is attracted to Beth, the new British psychiatrist, who will be working at the local women’s correctional facility, which is a temptation he doesn’t need.

This is a police procedural, but not one that follows the standard old school format. Dean is not the most likeable character, really. His thoughts are all over the place when it comes to the women in his life, which didn’t exactly endear me to him, especially in the beginning.

Readers will be able to see early on which direction the story is moving, but this is most certainly by design. This is one of those cases where the reader is gradually clued in, but our protagonist is still working out all the facts. We are then left to watch helplessly, as he slowly processes the situation, and can only hope he connects the dots before it’s too late.

This ploy has been known to backfire horribly, but in this case, it is quite effective. This isn’t the only time the author gets away with things that shouldn't work, but does. Dean is a character who absorbs a great deal of emotional trauma and just can’t seem to catch a break. Ordinarily, I'd whine about overkill, but in this case, it sets the stage for an ultimate showdown and is the perfect segue into future installments. The book lands firmly in the police procedural category, but also has many elements of the now dreaded psychological thriller. It’s an odd hybrid, with the slow pace of a procedural, but also has the sinister undertones of a psycho thriller, which then quickens the pace, creating a very nice balance. You may be skeptical, with good reason, but somehow the author pulls it off with aplomb. There is a cliché or two, a minor plot hole, and some areas where one must suspend belief, but overall, this is a very solid effort by Wendy Dranfield.

I may not have been a member of Dean’s fan club, originally, but now that we’ve taken this tense and eventful journey together, I’m looking forward to meeting up with him again someday. 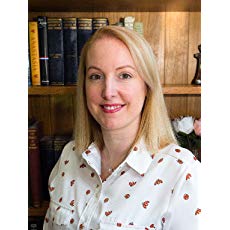 Wendy is a crime thriller writer who lives in the UK with her husband and 3 rescue cats.
She is both an indie author and a traditionally published author, with two novels released plus several short stories published in UK and US anthologies.