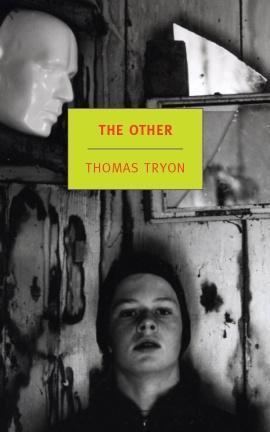 Holland and Niles Perry are identical thirteen-year-old twins. They are close, close enough, almost, to read each other’s thoughts, but they couldn’t be more different. Holland is bold and mischievous, a bad influence, while Niles is kind and eager to please, the sort of boy who makes parents proud. The Perrys live in the bucolic New England town their family settled centuries ago, and as it happens, the extended clan has gathered at its ancestral farm this summer to mourn the death of the twins’ father in a most unfortunate accident. Mrs. Perry still hasn’t recovered from the shock of her husband’s gruesome end and stays sequestered in her room, leaving her sons to roam free. As the summer goes on, though, and Holland’s pranks become increasingly sinister, Niles finds he can no longer make excuses for his brother’s actions.
Thomas Tryon’s best-selling novel about a homegrown monster is an eerie examination of the darkness that dwells within everyone. It is a landmark of psychological horror that is a worthy descendent of the books of James Hogg, Robert Louis Stevenson, Shirley Jackson, and Patricia Highsmith.

The Other by Thomas Tryon
My rating: 4 of 5 stars

The Other by Thomas Tryon is a 2012 NYRB Classics publication. (Originally published in 1972)
For several years I’ve added this book to the pile of novels I plan to read for Halloween, but every year it missed the final cut. This year I was determined to read it and boy am I glad did!!

Holland and Niles are twin boys growing up during the thirties. As with most twins, they seem to have a certain telepathy between them. However, they have very different dispositions. Holland is the instigator, while Niles dutifully follows his lead. Unfortunately, they lost their father in a tragic accident which has left their mother in a state of mental shock. Under these circumstances they are pretty much left to their own devices. As a result, the boys seem to have drifted further apart, especially after Holland's disturbing tendencies escalate. Not only that, their family has been plagued by more and more tragedy.

The boys, while directly affected by these sad occurrences often cope by playing a game with their grandmother in which they pretend to be animals or even plants or flowers, literally transferring themselves onto these objects with their minds and imaginations.

But, as our narrator relates these events, we are uncertain if all is as we have presumed it to be, if we can even trust the storyteller, but worse still, we are held helplessly spellbound as we imagine what emotional punch will be served up next and by whom-

While everyone says this is a fantastic horror novel, perfect for Halloween reading, it is yet another one of those stories devoid of traditional supernatural elements. In fact, this one could just as easily fall into the psychological thriller category. However, it has some truly stunning twist that no psychological thriller written today has the capacity to challenge. Remember, this book was published in 1972- and without any prior knowledge of the contents or context of the story, I literally gasped out loud on a couple of occasions, and physically experienced goosebumps!

The story is very, very disturbing and is a reminder of how one’s imagination can stray into dangerous territory. Although the fantasy of immersing oneself into a role- the game the boys played with their grandmother, but which expanded much, much further, was contained within the era in which the book was set- but it seemed like an eerie premonition of immersive video game play, when the projection of oneself onto a fantasy character occasionally went horribly awry, where the person was no longer able to separate fantasy from reality. Or it could just be another evil child or a Jekyll and Hyde spin, or a chameleon style tale.

I’m rambling- thinking out loud. The long and short of it is- this is a really twisted tale. It’s slow, with a Gothic flavor, and will certainly play tricks with your mind. For its time, it is a thought provoking, smart thriller, and I can see why it has remained to popular all these years.

Interesting trivia- a movie was made, based on this book. It was shown frequently on television in the seventies, but while the author helped write the screenplay, he was not happy with the movie adaptation. I haven’t seen it, but I’m going to see if I can find it somehow. 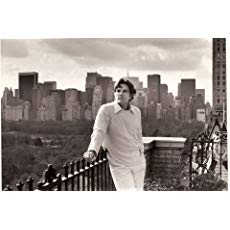 Thomas Tryon (1926-1991), actor turned author, made his bestselling debut with The Other (1971), which spent nearly six months on the New York Times bestseller list and allowed him to quit acting for good; a film adaptation, with a screenplay by Tryon and directed by Robert Mulligan, appeared in 1972. Tryon wrote two more novels set in the fictional Pequot Landing of The Other--Harvest Home (1973) and Lady (1974). Crowned Heads (1976) detailed the lives of four fictional film stars and All That Glitters (1986) explored the dark side of the golden age of Hollywood. Night Magic (published posthumously in 1995) was a modern-day retelling of The Sorcerer's Apprentice.
Posted by gpangel at 1:00 AM