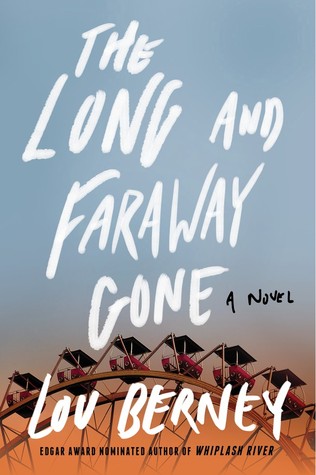 With the compelling narrative tension and psychological complexity of the works of Laura Lippman, Dennis Lehane, Kate Atkinson, and Michael Connelly, Edgar Award-nominee Lou Berney’s The Long and Faraway Gone is a smart, fiercely compassionate crime story that explores the mysteries of memory and the impact of violence on survivors—and the lengths they will go to find the painful truth of the events that scarred their lives
In the summer of 1986, two tragedies rocked Oklahoma City. Six movie-theater employees were killed in an armed robbery, while one inexplicably survived. Then, a teenage girl vanished from the annual State Fair. Neither crime was ever solved.
Twenty-five years later, the reverberations of those unsolved cases quietly echo through survivors’ lives. A private investigator in Vegas, Wyatt’s latest inquiry takes him back to a past he’s tried to escape—and drags him deeper into the harrowing mystery of the movie house robbery that left six of his friends dead.
Like Wyatt, Julianna struggles with the past—with the day her beautiful older sister Genevieve disappeared. When Julianna discovers that one of the original suspects has resurfaced, she’ll stop at nothing to find answers.
As fate brings these damaged souls together, their obsessive quests spark sexual currents neither can resist. But will their shared passion and obsession heal them, or push them closer to the edge? Even if they find the truth, will it help them understand what happened, that long and faraway gone summer? Will it set them free—or ultimately destroy them?

The Long and Faraway Gone by Lou Berney
My rating: 5 of 5 stars

The Long Ago and Far Away Gone by Lou Berney is a 2015 William Morrow/Harper Collins publication.

Wyatt is a private investigator who has been hired to check out the alleged harassment claims made by Candace Kilkenny, sister-in-law of another client. The case isn’t really all that worrisome on the surface, but the problem for Wyatt is that he’ll have to return to his home town of OKC, a place that holds dark memories for him- memories he’d rather not have floating to the forefront of his consciousness.

The past had power. The past was a riptide. That's why, if you had a brain in your head, you didn't go in the water.

But, he takes the case, which turns out to be far more complicated than he bargained for, and sure enough, almost right from the second he rolls into OKC, he fights a losing battle with the past, finally embracing the inevitable, hoping to find the answers to lingering questions so that he can finally come to peace with why he has survived a tragedy no one else did.

Julianna Rosales is a nurse in OKC, also haunted by the past. Years ago, her sister vanished from a carnival leaving Julianna stranded, never to be seen or heard from again. Her search for answers consumes her, all the more, as the detective who has worked on the case all these years is set to retire.

Humans, by nature, did this all the time. They wanted something, so they found reasons to support that desire. And then they convinced themselves that the reasons came first, that the reasons lead to the desire and not the other way around.

As Wyatt and Julianna each work their way out of the rabbit hole they’ve jumped into, their paths randomly cross one another in a peculiar sense of irony.

How is it that I am just now discovering this author? All I can say is -Wow!!

This literary mystery embodies two cold cases, each one doggedly pursued by the survivors of the events that transpired. The city, the spookiness of the crimes, even the nostalgia plays a part in setting the atmosphere of the novel. The characters are haunted, tortured by memories and evidence that holds the key to solving the mysteries that keep them firmly rooted in the past, but remain elusive, just out of their grasp.

Was memory like a river that slowed over time to a trickle? Or was it like a house with many rooms that become a house with fewer rooms and then finally just a single room you could never leave?

Wyatt and Julianna both put their lives at stake to free themselves from the agony of living in the continual limbo they have grown so accustomed to living in. Wyatt, however, has the added stress of working a live case for Candace, which is yet another, equally riveting mystery within this novel. It's like getting three mysteries for the price of one.

The writing is outstanding, the dialogue, the flashbacks, the poignancy, the suspense, the danger- it all grabs you and won’t let turn loose until you flip over that final page. I was sorely tempted to start re-reading this book the minute I finished it – it’s that good!

He liked to think that sometimes an ending cleared the way for a beginning. 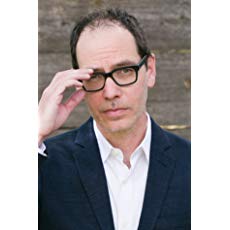 Lou Berney is the Edgar Award- winning author of November Road ( coming in October 2018- from William Morrow) , The Long and Faraway Gone, Whiplash River, and Gutshot Straight. His short fiction has appeared in publications such as The New Yorker, Ploughshares, the New England Review, and the Pushcart Prize anthology.