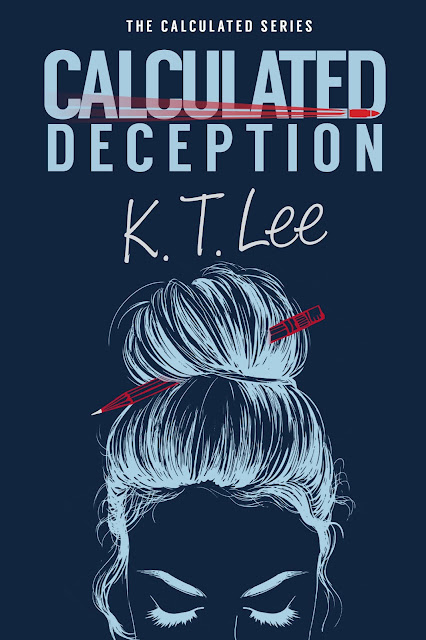 Dr. Ree Ryland is a mechanical engineering professor who loves her job and plays by the rules. In fact, she is so focused on her research at Indiana Polytechnic that she doesn’t realize a criminal on campus is using her squeaky-clean reputation to hide his illegal activities. When the FBI traces shipments of military-grade hardware masquerading as custom test equipment to the university, all evidence points to Ree.


Agent Parker Landon and his FBI team begin surveilling Ree and Parker poses as her student to figure out what the professor might be hiding. When the FBI intercepts a shipment that puts Ree in the clear, they sabotage the contents before delivering them to their intended destination. And inadvertently put Ree in the crosshairs of the actual perpetrator.


Parker intends to keep Ree in the dark while keeping her safe. However, a surprise visitor outside of Ree’s office forces Parker to reveal his true identity and Ree is must come to terms with the fact that an enemy is hiding in plain sight at the university. When Parker offers Ree a protective detail and advises her to lay low, Ree informs him that she isn’t really suited to the role of damsel in distress. Instead, she insists on using her inside knowledge to help find the criminal hiding among her friends and colleagues.


While Parker is initially wary of bringing a civilian on to the team, he’s surprised at how much fun he has keeping Ree on her toes. In addition to her quick wit, his new ally has a few surprising skills. Not least of which includes good aim and a black belt in Karate. When Ree is transferred to a new lab for funding reasons, she moves closer to the criminal and the investigation takes a dangerous turn.


Simon Kakra is an intelligence officer ready to make a change in his home country of Ghana no matter who or what is in his way. To avoid detection back home, he’s been sending his components to an American university disguised as test equipment. Now, he must finish his mission, even though his pawn has moved a little too close to his work for comfort. He doesn’t have the luxury of backing out – his ally in Ghana won’t accept failure.


Ree and Parker soon realize Simon’s non-functional test equipment is acting as camouflage for missile guidance system components. He has been clever enough not to attach them to explosives, which means the FBI can’t arrest him without tipping off his unknown collaborators. When the FBI team realizes someone in his government is likely involved, they follow Simon back to his home country to discern his motive and target before he assembles his components into a deadly weapon. And before the FBI gets blamed for letting a criminal slip through the cracks.


Once in Ghana, Parker and Ree realize that Simon and his allies have assembled their missiles and plan to use them to assassinate a politician without leaving any evidence of their involvement. Parker and Ree rush to stop him and his accomplice from launching the missiles before it’s too late. When they arrive at the launch site, Simon tries to kill Parker but Ree shoots him in his shoulder to stop him from hurting Parker and launching his weapons. Only after they turn Simon over to the Ghanaian authorities do they find out he’d been plotting to assassinate the president of his own country. Once Parker and Ree return safely to the United States, they admit their feelings for one another have grown during their time together. They agree to go on a date, this time without any criminals around.

Calculated Deception by K.T. Lee
My rating: 4 of 5 stars

Dr. Ree Ryland is an engineering professor going about her life as usual, but little does she know she’s attracted some unwanted attention from the FBI.

It would seem the authorities think Dr. Ryland’s position and stellar reputation could provide her with the perfect opportunity to smuggle in military grade equipment. This is all news to Ree, who is shocked to learn she’s being used a pawn and that some of her very best friends and colleagues could have been setting her up.

Despite the danger posed, Ree convinces Agent Parker Landon to allow her to work with them to flush out the true culprit- against his better judgment. But, once Ree joins his team, Parker finds her to be a very valuable asset to the investigation.

However, the seriousness of the situation soon reaches a terrifying peak, when it becomes obvious that someone close to Dr. Ryland is planning mass destruction. But, who at the University would do something like that- and why?

First, let me say how awesome it is to find a novel featuring a strong female character whose strengths are in science and math. Yes!!!

Second- don’t let the subject of engineering intimidate you. This is a pure, suspenseful thriller with a realistic and terrifying plot that will keep you turning pages past your bedtime.

The premise of the book is unique and a departure from the same old, same old. The story is flush with small details which is indicative of how much thought the author put into constructing the plot. Dr. Ryland and Agent Parker make a terrific team and their banter and flirtation added charm to offset the magnitude of the situation they were facing.

This book is not very long, so its pacing is very brisk. This isn’t a bad thing, by any means- and the author may write these books this way for a reason. However, the story might have benefited from a slightly slower pace to allow readers to digest information fully, to build suspense a little at a time and create more personal tension between the characters, especially with the romantic elements. That said, I made the mistake of starting this one late in the evening and ended up reading it in one sitting, losing a little shut eye time in the process- but it was worth it!

There is a prequel and a third installment in this series, which I hope to absorb post-haste. 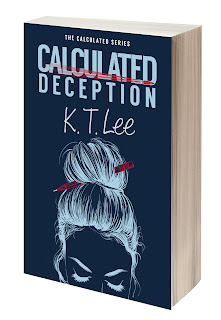 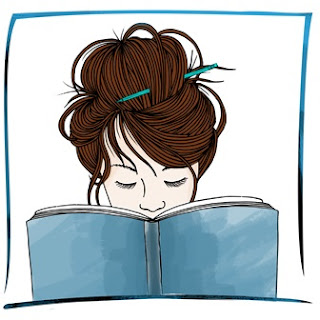 K.T. Lee is a writer, mom and engineer who grew up on a steady diet of books from a wide variety of genres. When K.T. began to write the kind of books she wanted to read, she mixed clever women and the sciences with elements from thrillers (and a dash of romance) to create The Calculated Series.
Social Links: