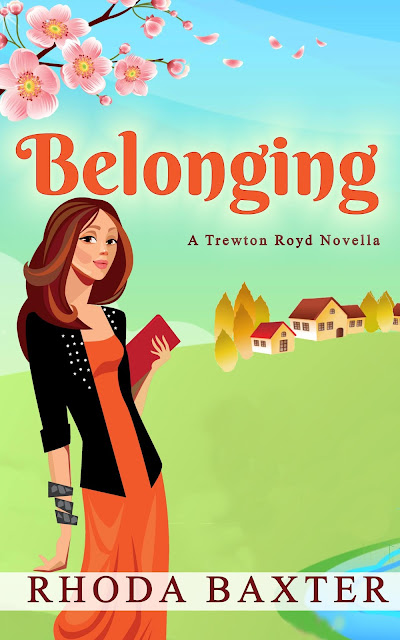 She’s grieving her lost love. He’s searching for his lost niece. Can attraction overcome family loyalty in this enemies to lovers romance?
Hiding away in a tiny Yorkshire village, Harriet is grieving for her lost love. His family won’t talk to her and she can’t move on from from his death. All this changes when his daughter, Niamh, turns up on her doorstep, needing a sympathetic ear.
Tim thinks Harriet broke up his sister’s marriage all those years ago. His sister’s enemies are his enemies. When his niece runs away to Harriet’s house, he knows he has to get her back before his sister finds out. But that means talking with Harriet.
As they work together to console Niamh and get her home safely, Tim and Harriet become increasingly attracted to each other.

But with attraction comes guilt.

Can they overcome their respective loyalties and give in to love?

Belonging: A small town romance by Rhoda Baxter
My rating: 5 of 5 stars

Belonging by Rhoda Baxter is a 2018 publication.

After Niamh’s father passed away, she has a very hard time coping with her loss. Her mother doesn’t want to talk about her ex-husband, so Niamh is suffering through her grief alone. The only other person who might understand what she is going through is Harriet, her father’s girlfriend at the time of his passing.

Harriet is also grieving for the man she was in love with. However, she is completely taken off guard by an unannounced visit from Niamh, who has run away from home while under her Uncle Tim’s supervision.

When Tim discovers Niamh has run away, and where she was headed, he must meet the woman who broke up his sister’s marriage face to face. When he finally meets the alleged femme fatale, he discovers Harriet is actually a very nice woman, and perhaps things are not as cut and dried as his sister would have him believe.

I’ve warmed up to novella length novels over the past couple years, somewhat. But, no matter how much I like the story, I crave more than I’m getting, especially when it comes to characterizations.

However, this short story gives the characters top priority, allowing them to grow significantly through forgiveness, which leads to healing. They are then able to move forward with more emotional maturity and lead a more balanced life.

I have to say, I am impressed, and truly enjoyed this family drama, and the contemporary romance that developed between Tim and Harriet. Niamh is also a special character, and although she has her melodramatic teenage moments on occasion, she is wise beyond her years.

This is a quick read, but really packs an emotional punch. I loved the ending, which I felt was a very nice touch, and was a fitting conclusion of this book.

This novella introduces me to Rhoda Baxter, but now that we’ve become better acquainted, I plan to visit her work many more times. I like her style and think her books will compliment my taste in contemporary fiction and romance.


The universal buy link for the book is: www.books2read.com/u/bzPAZq


If you want the direct UK link: https://www.amazon.co.uk/Belonging-small-romance-Trewton-Novellas-ebook/dp/B07H4PQKXC 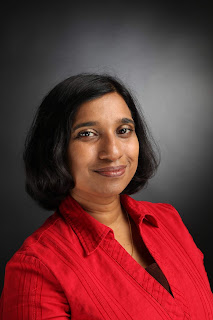 Rhoda Baxter writes contemporary romances with heart and a touch of cynicism. She has had several novels published by the award winning publisher Choc Lit. Writing under her other pen name, Jeevani Charika, she has been published by Bonnier Zaffre. Her books have been shortlisted for awards such as the RoNA Romantic Comedy of the Year (in 2017), Love Stories Award (in 2015) and the Joan Hessayon Award (2012).


Rhoda started off as a microbiologist and then drifted out of research and into technology transfer. When choosing a penname, she was hit by a fit of nostalgia and named herself after the bacterium she studied during her PhD. She has lived in a variety of places including Sri Lanka, Yap (it’s a real place), Halifax, Oxford and Didcot (also a real place). She tends to judge the standard of living by the quality and availability of tea and cake. She now lives with her young family in East Yorkshire, where the tea and cake provision is excellent.


You can find her wittering on about cake and science and other random things on her website (http://www.rhodabaxter.com), on Facebook, or on Twitter (@rhodabaxter). Please do say hello if you’re passing.


You can also follow her on Bookbub.
Posted by gpangel at 1:00 AM