The Art of Love: The Golden City- Book One- by A.B. Michaels- Book Blast 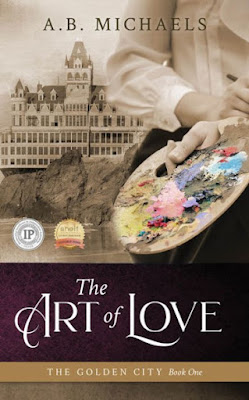 
Money. Art. Passion. Despair. Welcome to the Golden City
At the end of the Gilded Age, the “Golden City” of San Francisco offers everything a man could want—except the answers August Wolff desperately needs to find. After digging a fortune in gold from the frozen fields of the Klondike, Gus heads south, hoping to start over and put the baffling disappearance of his wife and daughter behind him. The turn of the century brings him even more success, but the distractions of a city some call the new Sodom and Gomorrah can’t fill the gaping hole in his life.
Amelia Starling is a wildly talented artist caught in the straightjacket of Old New York society. Making a heart-breaking decision, she moves to San Francisco to further her career, all the while living with the pain of a sacrifice no woman should ever have to make.
Brought together by the city’s flourishing art scene, Gus and Lia forge a rare connection. But the past, shrouded in mystery, prevents the two of them from moving forward as one. Unwilling to face society’s scorn, Lia leaves the city and vows to begin again in Europe. Gus can’t bear to let her go, but unless he can set his ghosts to rest, he and Lia have no chance at all.
The Art of Love, book one of The Golden City series, has earned the following awards: A Notable Indie Book of 2014 Silver Ippy Award New Apple Medalist Editor’s Choice – Idaho Book Awards.

Leaving the woman he loves, he embarks on a quest to regain his sanity and self-worth. Yet just when he finds some answers, he’s arrested for murder—a crime he may very well be guilty of. The facts of the case are troubling; they’ll have you asking the question: “Is he guilty?” Or even worse…”What would I have done?”


Free in the Kindle store-

or with your Kindle Unlimited Subscription 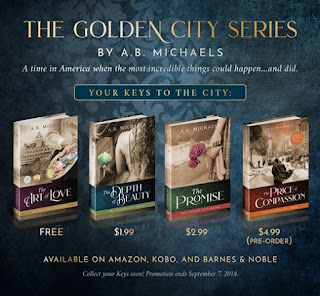 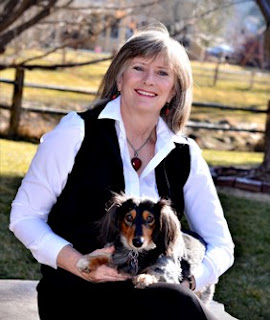 A native of northern California, A.B. Michaels earned masters' degrees in history and broadcasting, and worked for many years in public relations and marketing. Now that she's an empty nester, she has time to write the kinds of stories she loves to read. Her historical series, "The Golden City," follows characters who make their way in turn of the twentieth century San Francisco. "I love creating flawed characters I can relate to, who have to make difficult choices, and who long for happiness like the rest of us. So much was happening in the early 1900's that help shape my novels. Once I tear myself away from the underlying research, they are fascinating stories to write." Currently Ms. Michaels lives in Boise, Idaho with her husband and two furry creatures who are unclear on the concept that they are just dogs. In addition to writing, she loves to read and travel. A dabbler in fabric art, she also plays bocce in a summer league. Her latest stand-alone novel, "The Price of Compassion," is Book Four of the "Golden City" series. It's scheduled for release this summer and will be followed by Book Five, "Josephine's Daughter."