The First Kiss of Spring by Emily March- Feature and Review 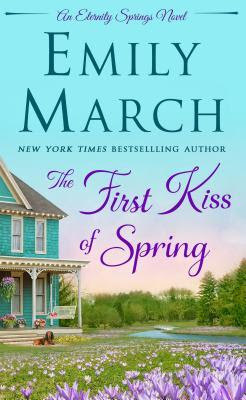 Spring has come to Eternity Springs in the newest installment in this New York Times bestselling series by Emily March.
When Josh Tarkington gets stuck on a gondola with the lovely Caitlin Timberlake, he thinks his consistently bad luck might have changed.
After their blossoming romance is interrupted, Caitlin realizes that her encounter with Josh was a sign that she needed to make a major life change. So she packs up her things and moves to Eternity Springs, opens a day care, and sets her cap for the town’s mechanic—Josh.
But Josh is hiding a well of secrets that would ruin him, and his relationship with everyone in Eternity Springs—especially Caitlin. When tragedy strikes, Josh and Caitlin find themselves, and their relationship, tested beyond imagining. Will they be able to find their way back to each other?

The First Kiss of Spring by Emily March
My rating: 4 of 5 stars

The First Kiss of Spring by Emily March is a 2018 St. Martin’s Press publication.

A Touching story of home, family, and redemption.

At first glance, Josh Tarkington is an ordinary resident of Eternity Springs, an auto mechanic by trade, but unknown to many, he may be one of the unluckiest people on planet earth.

So, it’s just his luck when he gets stuck on a gondola ride. However, he manages to pass the time with Caitlin Timberlake, who is in Colorado for a wedding. Before all is said and done, he’s agreed to be her ‘plus one’ for the event.

Could his luck be changing? Well, maybe not right away. Josh just happens to be harboring a big secret about his past, a secret he will protect at all costs. But, if his past has taught him anything, it’s that he can’t do relationships, or fall in love. The stakes are too high, and he won’t risk hurting himself or anyone else, ever again.

Caitlin is ready to leave the rat race of New York City. She’s returning home to Eternity Springs and plans to open a daycare center. But, she knows her parents, her mother, especially, may not be thrilled by her news. But, when she meets Josh Tarkington the realizes something very special could develop between them and plans to pursue all those possibilities. In fact,she's positive, someday she'll marry Josh Tarkington.

Emily March always manages to strike just the right balance in her stories. This one is a perfect blend of insightful family drama mixed into a sensual and emotional love story.

When Josh explains to Caitlin that despite her charms, she shouldn’t set her heart on him. He’s upfront and very honest about that. He's so sincere, in fact,he had me totally convinced. But, Caitlin still feels like he’s worth risking a broken heart for, so they agree to have a ‘friend affair'.

Meanwhile, Caitlin must convince her parents that she’s doing the right thing by leaving her career and moving back to Eternity Springs. But, her father isn’t as concerned about her career as he is about her interest in Josh Tarkington, a man he’s decided, rather hypocritically, isn’t good enough for his daughter.


The last book in this series was a really nice summer frolic, but this story is more of a return to form, dealing with some very heartbreaking themes. However, as with many ‘Eternity Springs’ novels, this story has a whimsical quality to it, a lightness that balances out the heavier subjects, the angst, and occasional sadness.

Caitlin’s unwavering faith, her confidence in her decisions, knowing what she wants and going for it, and her willingness to risk everything for a chance at true love is inspirational.

But, I think, Josh’s story is the centerpiece of the novel. He’s gone through some really tough times and carries around an enormous amount of weight in his heart. He’s the sort of damaged soul that breaks my heart and makes me want to reach inside the pages and give him a big hug!! The reader is made aware of some parts of his past, via his journal entries, but some of his revelations are simply stunning. The conclusion, though, is about as heartwarming as it gets, but you know it wouldn’t be an Eternity Springs novel if it wasn’t.

This is another stellar installment in this fine series. I can't hardly wait for the upcoming Christmas edition!! 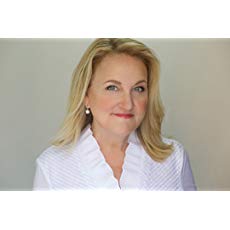 Emily March is the New York Times, Publishers Weekly, and USA Today bestselling author of over thirty novels, including the critically acclaimed Eternity Springs series. Publishers Weekly calls March a "master of delightful banter," and her heartwarming, emotionally charged stories have been named to Best of the Year lists by Publishers Weekly, Library Journal, and Romance Writers of America. A graduate of Texas A&M University, Emily is an avid fan of Aggie sports and her recipe for jalapeño relish has made her a tailgating legend.Emily invites you visit her website at www.EmilyMarch.com
Posted by gpangel at 1:00 AM