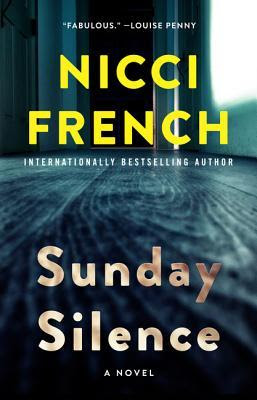 Lover of London, gifted psychologist, frequent police consultant — Frieda Klein is many things. And now she's a person of interest in a murder case. A body has been discovered in the most unlikely and horrifying of places: beneath the floorboards of Frieda's house.
The corpse is only months old, but the chief suspect appears to have died more than seven years ago. Except as Frieda knows all too well, he's alive and well and living in secret. And it seems he's inspired a copycat...
As the days pass and the body count rises, Frieda finds herself caught in a fatal tug-of-war between two killers: one who won't let her go, and another who can't let her live.

Sunday Silence by Nicci French
My rating: 4 of 5 stars

Psychologist Frieda Klein may have finally convinced everyone that her stalker, Dean Reeve, is still alive. However, it would appear he is targeting Frieda’s friends and family, but Reeve may not be the only perpetrator.

This seventh installment picks up where the last book left off and gathering most of the characters from earlier installments together as Frieda horrifyingly watches her friends being systematically attacked. The pacing is quite brisk with no time to waste. I tore this one at record speed, although I had put off reading it for a time, believing it to be the last book in the series. (There is another installment- thank goodness!)

Frieda is one of my favorite book characters and this series is one I never get behind on. This installment is a testament to how far the series has progressed, how much the characters have evolved and how plots continue to improve with each chapter. Frieda is still as complicated and hard to read as she was in the beginning, but I certainly understand her much better now.

I am very much looking forward to her next adventure and touching base with the eclectic cast again soon! 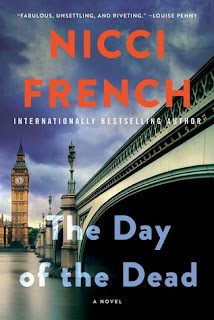 Now the final book in this extraordinary series is here. And it's an ending you'll never forget.
A decade ago, psychologist Frieda Klein was sucked into the orbit of Dean Reeve -- a killer able to impersonate almost anyone, a man who can disappear without a trace, a psychopath obsessed with Frieda herself.In the years since, Frieda has worked with -- and sometimes against -- the London police in solving their most baffling cases. But now she's in hiding, driven to isolation by Reeve. When a series of murders announces his return, Frieda must emerge from the shadows to confront her nemesis. And it's a showdown she might not survive.This gripping cat-and-mouse thriller pits one of the most fascinating characters in contemporary fiction against an enemy like none other. Smart, sophisticated, and spellbinding, it's a novel to leave you breathless.
PRE-ORDER YOUR COPY HERE: 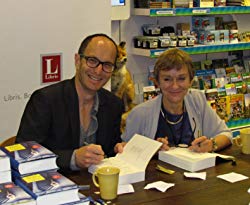 Nicci Gerrard was born in June 1958 in Worcestershire. After graduating with a first class honours degree in English Literature from Oxford University, she began her first job, working with emotionally disturbed children in Sheffield. In that same year she married journalist Colin Hughes.In the early eighties she taught English Literature in Sheffield, London and Los Angeles, but moved into publishing in 1985 with the launch of Women's Review, a magazine for women on art, literature and female issues.In 1987 Nicci had a son, Edgar, followed by a daughter, Anna, in 1988, but a year later her marriage to Colin Hughes broke down.In 1989 she became acting literary editor at the New Statesman, before moving to the Observer, where she was deputy literary editor for five years, and then a feature writer and executive editor.It was while she was at the New Statesman that she met Sean French.Sean French was born in May 1959 in Bristol, to a British father and Swedish mother. He too studied English Literature at Oxford University at the same time as Nicci, also graduating with a first class degree, but their paths didn't cross until 1990. In 1981 he won Vogue magazine's Writing Talent Contest, and from 1981 to 1986 he was their theatre critic. During that time he also worked at the Sunday Times as deputy literary editor and television critic, and was the film critic for Marie Claire and deputy editor of New Society.Sean and Nicci were married in Hackney in October 1990. Their daughters, Hadley and Molly, were born in 1991 and 1993.By the mid-nineties Sean had had two novels published, The Imaginary Monkey and The Dreamer of Dreams, as well as numerous non-fiction books, including biographies of Jane Fonda and Brigitte Bardot.In 1995 Nicci and Sean began work on their first joint novel and adopted the pseudonym of Nicci French. The Memory Game was published to great acclaim in 1997 followed by The Safe House (1998), Killing Me Softly (1999), Beneath the Skin (2000), The Red Room (2001), Land of the Living (2002), Secret Smile (2003), Catch Me When I Fall (2005), Losing You (2006) and Until It's Over (2008). Their latest novel together is What To Do When Someone Dies (2009).Nicci and Sean also continue to write separately. Nicci still works as a journalist for the Observer, covering high-profile trials including those of Fred and Rose West, and Ian Huntley and Maxine Carr. Novels include Things We Knew Were True (2003), Solace (2005) and The Moment You Were Gone (2007). Sean's last novel is Start From Here (2004).
Posted by gpangel at 1:30 AM