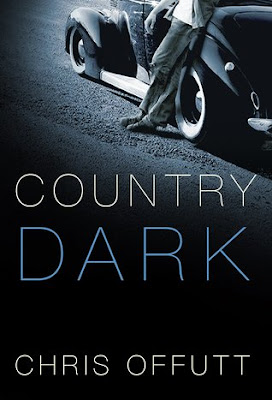 Tucker, a young veteran, returns from war to work for a bootlegger. He falls in love and starts a family, and while the Tuckers don’t have much, they have the love of their home and each other. But when his family is threatened, Tucker is pushed into violence, which changes everything. The story of people living off the land and by their wits in a backwoods Kentucky world of shine-runners and laborers whose social codes are every bit as nuanced as the British aristocracy, Country Dark is a novel that blends the best of Larry Brown and James M. Cain, with a noose tightening evermore around a man who just wants to protect those he loves. It reintroduces the vital and absolutely distinct voice of Chris Offutt, a voice we’ve been missing for years.
Chris Offutt is an outstanding literary talent, whose work has been called “lean and brilliant” (New York Times Book Review) and compared by reviewers to Tobias Wolff, Ernest Hemingway, and Raymond Carver. He’s been awarded the Whiting Writers Award for Fiction/Nonfiction and the American Academy of Arts and Letters Fiction Award, among numerous other honors. His first work of fiction in nearly two decades, Country Dark, is a taut, compelling novel set in rural Kentucky from the Korean War to 1970

Country Dark by Chris Offutt
My rating: 5 of 5 stars

Country Dark by Chris Offutt is a 2018 Grove Press publication.

“The sky stretched black in every direction. Clouds blocked the stars, lending an unfathomable depth to the air. The tree line was gone and hilltops blended with the black tapestry of night. It was country dark”

Tucker returns to the states after serving in the Korean War. With those demons still haunting his dreams, he soon faces more trouble after confronting a would be rapist and saving a teenage girl in the process. He and the girl, Rhonda, fall in love and marry, while Tucker runs moonshine to provide for his increasing family. To complicate his hard living ways, all his children, save one, are born with severe handicaps which led the ‘state’ aka- social services- to pay a visit.

While Tucker is gentle, loyal, and true to Rhonda, and his children, he has a violent side- one that emerges profoundly when his family is threatened, showing different sides and complexities to the man and the underside of Kentucky from the mid-fifties through the early seventies.

Some literary works are eloquently written, steeped in allegory or symbolism, the authors lauded for their vivid prose, but many times it’s the stark, lean prose that packs the most powerful punch.
Chris Offutt delivers a sparing, yet equally eloquent, and impressive piece of Southern Gothic fiction.

The various contrasts are striking, with deep character examinations. Tucker is where our attention is the most riveted, with Rhonda and his family being the catalyst for the choices he makes. His love is what necessitates the violence, the driving force that makes him a survivor. The story is dark, moody, and thought provoking, very authentic and realistic. ‘The Hollers’, Tucker and his family will stick with you long after you turn the final page. 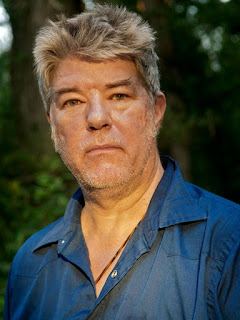 In addition to his fiction, Offutt writes non-fiction articles, which have been published in The New York Times, and the Oxford American.  His work is widely translated, and it is taught in high schools and colleges. His stories are included in many anthologies, including Best American Short Stories, and New Stories of the South (four works). They have twice been featured on "Selected Shorts" on NPR, He has also written screenplays for TV series.