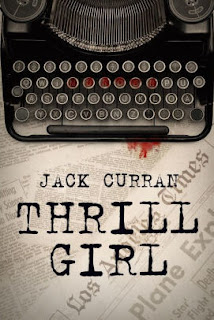 June, 1951...It's a tense summer in the City of Angels. A killer is on the loose. She's blonde, she's beautiful, and she murders bad guys. On three different occasions, she thwarted a mugging in progress, saving the innocent, dispatching the guilty, and fading away like a whisper in the rain. She never waits around for thanks. Apparently she doesn't want any.
Who is this woman?
Jack Curran, star reporter, is determined to find out. He's a good citizen. A war hero. A journalist who wants to write fiction, which he plans to once he files an exclusive on Thrill Girl's identity. When Thrill Girl strikes a fourth time, adding two more to her body count while saving a pretty shop girl, his investigation leads him to socialite Alana Maxwell. She's blonde. She's beautiful.
Does she murder bad guys?
Despite his publisher's warning to beware her very connected and powerful step-brother, Jack goes to ask her, face to face. But Alana Maxwell doesn't care that a newspaperman is tracking her like a hound with a snout full of fox. She has only one thing on her mind, saving her younger brother's life. It's something she'll do anything to accomplish. Anything. Including taking illicit drugs, living with blackouts and hallucinations, and putting herself in the hands of a mysterious doctor she has no good reason to trust.
Before Jack can nail down Alana's connection to Thrill Girl, LA is rocked by an even more lurid crime. A bum is ripped to pieces near the Griffith Park Zoo. The coroner says the bite marks have traces of human and animal saliva. The cops go crazy. Jack's newspaper proclaims a monster's in town. The good citizens of LA lock their doors and windows and clamor for answers.
Jack is determined to provide them. He hears a rumor about something called a der Katzenjunge. Translation? A European myth about men with the mutant ability to temporarily transmogrify into a savage, feline-like creature. What the hell would a crackpot story like that have to do with Thrill Girl, he wonders?
Quite a lot, actually.
Thrill Girl's story is the epitome of noir. The complex plot examines the vibe of the decade of the 1950s - a time historians refer to as the "Age of Anxiety." This post-Atomic era predates the upheaval of the 1960s, but the seeds of the turmoil to come started in the years after WWII. Sexual and racial roles, upended by war, rapidly evolved in ways many found difficult to fathom. For the first time, there was a widespread need for, and availability of, mood-altering prescription drugs. Scientific advances accumulated at a rate most could not fathom, and the military-industrial complex was beginning to assume a powerful influence over the government.
As Jack says, "It's as if there's an earthquake shaking all the time. Life isn't in any way the same as it was before the war."
When he uncovers a plot involving the evilest type of medical research and experimentation, Jack finally understands the dark heart of the Maxwell family's secrets. The ramifications of these secrets drive the crimes he is investigating, and much, much more. On a frenetic night racked by murder, revenge-fueled confrontation, and the betrayal of those he trusted most, a shocking twist of plot leaves Jack with only two questions.
What will he, and what can he do to get the true story of Thrill Girl out into the open?

Thrill Girl by Jack Curran
My rating: 5 of 5 stars

Fall back into the nostalgic atmosphere of 1950s California, the hardboiled noir of blonde bombshells, dedicated news reporters, and genuinely creative mysteries-

War hero, Jack Curran, is a reporter biding his time, hoping to sell his screenplay, when a string of murders committed by a beautiful blonde woman, protecting innocent victims, lands him career making headlines when he dubs the gorgeous woman- “Thrill Girl” a phrase that catches on city wide.

As he digs deeper into this complex and sordid case, he is surprised when the trail leads him to socialite Alana Maxwell. Alana is sultry, sophisticated, and sexy, but riddled with guilt over her brother, Tomas’, dire health diagnosis. While Alana will do anything to find a cure for her brother, including becoming a human guinea pig and coping with a host of unusual side effects, Jack finds himself falling under her spell, sensing her hidden vulnerabilities.

Meanwhile, a grisly murder divides the public’s attention, giving Jack’s story a little competition. But, the more Jack learns, the more he suspects these two stories are somehow connected. While the newspapers compete for headlines, Jack enters a realm of shocking secrets, revealing the depths of humanity’s evil.

“Einstein warned us. He said victory is always temporary, claimed only by those blind to the reversal of fortune that is sure to come.”

This story blew me away. In truth, I had no idea what to expect when I started reading this novel. I was thinking it is probably a straight up historical mystery set in Los Angeles in the 1950s, and it sounded like it would be something I’d really enjoy.

But, this is not in any way a standard mystery novel. As a huge fan of noir, I recognized the style right away and immediately felt my pulse quicken. I knew right then, I wasn’t going to just like this book- I was going to love it.

The author did an amazing job of capturing the uneasy paranoia, vernacular, writing styles, and overall atmosphere of the fifties. Jack Curran is a fantastic character I couldn’t help but root for.

The story is moody, dark, horrifying, yet poignant. As with most noir the surprises creep up on you, taking you off guard, refusing to sugarcoat or water anything down. The more I thought about this novel, the more layers I found. This is certainly thought provoking, a little melancholy, perhaps, but, an excellent representation of pure noir fiction.

This is a well-written, imaginative tale, and is recommended for anyone, but it will be an even tastier treat for anyone stuck in a reading rut or just tired of the same old plot lines rehashed six ways from Sunday. I loved it!!

I do hope to catch up with Jack Curran again someday as he combs the underbelly of Los Angeles and uncovers more shocking truths along the way. 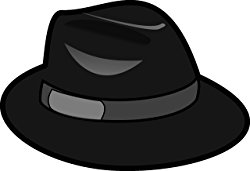 Jack Curran is a pseudonym for an author who has been a professional writer for over twenty-five years in other genres. This is his first mystery. Jack loves all things California or Italy, feline or dog, and the kindness of strangers. His favorite vice is his friend Elaine's whiskey sours - rocks, not blended.
Posted by gpangel at 1:00 AM