The Neighbors by Hannah Mary McKinnon- Feature and Review 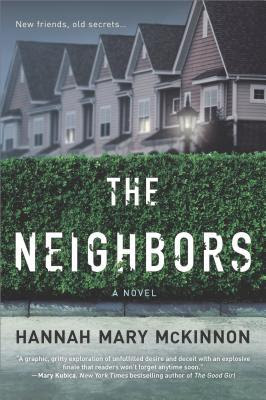 In 1992, a car accident kills a young man and forever changes the lives of three people… Now, twenty years later, they’ll all come to regret the choices they made that day, as the secrets and lies they’ve told to protect each other become the very things that tear their lives apart.
After a night of fun, Abby was responsible for the car crash that killed her beloved brother. It is a sin she can never forgive herself for, so she pushes away the man she loves most, knowing that he would eventually hate her for what she’s done, the same way she hates herself.
Twenty years later, Abby’s husband, Nate, is also living with a deep sense of guilt. He was the driver who first came upon the scene of Abby’s accident, the man who pulled her to safety before the car erupted in flames, the man who could not save her brother in time. It’s this guilt, this regret that binds them together. They understand each other. Or so Nate believes.
In a strange twist of fate, Liam (her old lover—possibly her true soulmate) moves in with his own family next door, releasing a flood of memories that Abby has been trying to keep buried all these years. Abby and Liam, in a complicit agreement, pretend never to have met, yet cannot resist the pull of the past—nor the repercussions of the dark secrets they’ve both been carrying…

The Neighbors by Hannah Mary McKinnon
My rating: 5 of 5 stars

The Neighbors by Hannah Mary McKinnon is a 2018 Mira publication.

The title alone had me intrigued. However, I was taken completely by surprise by this story. I never would have guessed how things would evolve – or where it would end up.

Back in the early 1990s, Abby and her brother were involved in a fiery car crash. Abby survived, thanks to Nate, the man she would eventually marry. But, Abby’s brother did not survive, and Abby has never forgiven herself.

Fast forward to present day- Abby and Nate are happily married with a teenage daughter. But, their lives slowly begin to unravel when the new neighbors move in. In an unbelievable twist of irony or fate, Abby’s former fiancé, Liam, his wife and teenage son move in right next door, which opens up a Pandoras box of unrequited feelings, jealousy, manipulations, and the manifestations of dark secrets, that once revealed will change their lives forever…

This story, although I haven’t really seen anyone else make this connection, has a Gothic tone to it. No, there are no Cornish cliffs or spooky mansions, but the family connections and stunning secrets that reveal themselves little by little, certainly creates that atmosphere, and that ending just put the cherry on the cake, in my opinion.

This is a wicked story, packed with twists, although I suspected a few of them beforehand, the revelations were no less dramatic. The tangled web is woven so expertly, the characters will never be able to completely free themselves from it. It is hard to say who is guilty, who in innocent, or who was corrupted the most by all the denials, lies, and secrets. I was invested in the book right from the start and loathed having to put it down. Secrets and lies, the repercussions and the fallout, never fails to hold my rapt attention. 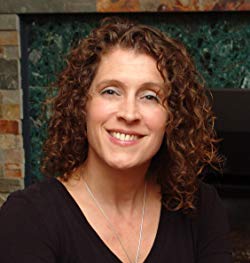 I was born in the UK, grew up in Switzerland and moved to Canada in 2010. After a long and successful career in recruitment, I quit the corporate world in favor of writing.My first novel, Time After Time (a lighthearted rom-com) was published in June 2016. My second, the domestic suspense story The Neighbors, arrived March 2018. My third will follow in 2019.I live in Oakville, Ontario, with my husband and three sons, and I'm delighted by my twenty second commute.Find me on Facebook www.facebook.com/hannahmarymckinnon, Twitter @HannahMMcKinnon, and on Instagram @HannahMaryMcKinnon. For even more, visit my website www.hannahmarymckinnon.com.
Posted by gpangel at 1:00 AM