MI5 and Me by Charlotte Bingham- Feature and Review 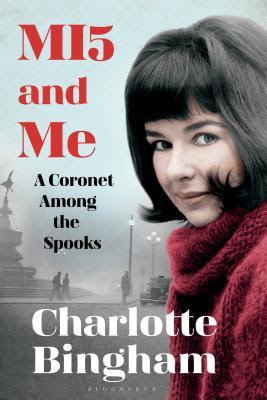 From the bestselling author comes a beguiling comic memoir about a young woman who discovers her father is a spy (and was the model for John le Carré's George Smiley) and goes to work as a secretary in 1950s MI5.It seems to me now that everyone who came to our house in those days was a spy... .
When Charlotte Bingham, daughter of an obscure aristocrat, was summoned to her father's office aged eighteen, she never expected to discover that this aloof, soberly-dressed parent was a spy. Even more ominous than The Facts was his suggestion that she should stop drifting around working for the sort of people her mother could never ask to dinner and get a proper job, something patriotic and worthwhile.
So Lottie finds herself outside MI5's Mayfair offices in a dreary suit, feeling naked without her false eyelashes. Miserably assigned to the formidable Dragon, Lottie wishes for pneumonia or anything to release her from the torment of typing. But as another secretary, the serene Arabella, starts illuminating the mysteries of MI5, and Lottie's home fills with actors doubling as spies, Lottie begins to feel well and truly spooked.
This hilarious memoir from the bestselling author of Coronet Among the Weeds is a window into 1950s Britain: a country where Russian agents infiltrate the highest echelons, where debutantes are typists and where Englishness is both a nationality and a code of behaviour. Discretion, honour and office politics meet secrecy, suspicion and film stars in this enchanting, extraordinary true story.

CHARLOTTE TELLS HOW HER FATHER MADE JOIN MI5:

MI5 and Me: A Coronet Among the Spooks by Charlotte Bingham
My rating: 4 of 5 stars

MI5 and Me: A Coronet Among the Spooks by Charlotte Bingham is a 2018 Bloomsbury publication.

Charlotte Bingham returns with another installment in her riotously funny memoirs-

Charlotte starts things off by sharing with readers how she found out her father was a secret agent with MI5. For those who may not be familiar with Charlotte’s background, her father was John Bingham, the 7th Baron of Clanmorris, and wrote detective novels. It is widely believed that John Le Carre patterned his character ‘George Smiley’ after Bingham.

After rather casually dropping his bombshell on eighteen- year- old Charlotte, he follows this up with the announcement that it is time for his daughter to get a job, and to that end, he has gotten her an interview at the MI5 offices, to work as a secretary.

This book chronicles Charlotte’s experiences working for MI5 and the world of espionage in the fifties and sixties, while the ‘war office’ keeps Britain safe from communists- perhaps taking themselves too seriously at times. The ‘lobster’ story is one for the ages and kept me on the edge of my chair.

Charlotte paints a zany characterization of her work life, and as with her previous memoirs, she has a way of pointing out absurdities and having a bit of fun with them. Her home life is every bit as enthralling as her work life. Her mother laments being on the fringes of the spy game, wishing her daughter wasn’t ‘one of them’, while actors come and go from the home, lured into a schemes to trick communist investors.

Charlotte’s writing style has changed over the years, of course. This book is much more stylish, but I must confess, I kind of miss those, ‘no really’ sentences. With something like forty novels under her belt, Charlotte's style may have matured, but the zaniness is still front and center. Satire, or memory lane? Maybe a bit of both?

Despite the subject matter, don’t expect a reverent or serious tone. This homage to the spy game, her father, and MI5, is related to the reader with plenty of wit, putting her own deliciously sly spin on things, and leaving the reader pondering on just how much insider knowledge they came away- if any.

I highly recommend this one to anyone who followed Charlotte's illustrious career as a writer, to anyone who enjoys humorous memoirs, or if you like books about cold war spies told with a fanciful flourish.

I am so happy I discovered Charlotte Bingham. She is an author that should have been on my radar years ago, but, somehow, I missed out her historical fiction. However, I intend to remedy that ASAP!! I'm also in search of the detective novels her father wrote- should be fun!!

Personal note: If you have Kindle Unlimited- check out Charlotte's first two installments in the 'Coronet" memoirs. They are short, written back when she was quite young, but they were still very funny and will give you a taste of Charlotte's background before starting this book- although it is NOT necessary to read them to enjoy this segment of Charlotte's memoirs. I just thought it was a fun thing to do and it did enhance my enjoyment of this book to some extent, having a better understanding of the author's humor, in advance.

CORONET AMONG THE WEEDS:

CORONET AMONG THE GRASS: 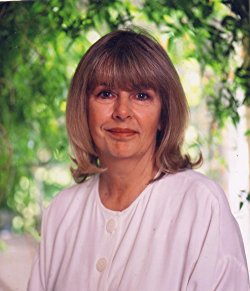 Age 18 Charlotte Bingham wrote her globally bestselling autobiography CORONET AMONG THE WEEDS which catapulted her to fame. She consolidated her meteroic start by then becoming a world bestselling novelist, the author of over 36 novels as well as developing a successful writing partnership with her husband, Terence Brady.

CHARLOTTE has won many prizes for her works, including the RNA award for her best seller A CHANGE OF HEART. She has a son and a daughter and two grandchildren and for the past 32 years has lived and worked in Somerset.