FLASHBACK FRIDAY: This Heart of Mine by Brenda Novak- Feature and Review 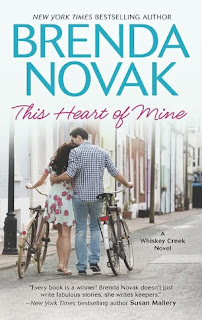 First love. Second chance? As the daughter of a hoarder, Phoenix Fuller had a tough childhood. So when the handsome, popular Riley Stinson became her boyfriend in high school, she finally felt as though she had something to be proud of. Phoenix was desperate not to lose him-especially once she found out she was pregnant. Yes, she might have acted a bit obsessive when he broke up with her. But she did not run down the girl he started dating next. Unfortunately, there was no way to prove her innocence. Now, after serving her time in prison, Phoenix has been released. All she wants to do is return to Whiskey Creek and get to know her son. But Jacob's father isn't exactly welcoming. Riley doesn't trust Phoenix, doesn't want her in Jacob's life. He is, however, ready to find someone to love. And he wants a good mother for his son. He has no idea that he's about to find both!

This Heart of Mine by Brenda Novak
My rating: 5 of 5 stars

This Heart of Mine by Brenda Novak is a 2015 MIRA publication.

This is a powerful story of love, forgiveness, second chances, and redemption. After reading the first chapter, my heart was already breaking for Phoenix, a woman who has endured so much in her life and must now start all over again with little or nothing in a very hostile environment. But, Phoenix is more than willing to face the hostility if it means she might be able to forge a relationship with her son, Jake.

When Phoenix was eighteen, she was accused of murdering a popular student by running her down with her car. She was tried, convicted, and sent to prison. Now after sixteen years in prison, Phoenix has returned to her hometown, a place that never embraced her due to her mother's issues, which included morbid obesity and hoarding.

Sixteen years ago, Riley Stinson abruptly broke things off with Phoenix and she did not take the breakup well. When she is convicted of murder it is revealed she was pregnant. So, Riley became the sole provider for his son and Phoenix was never given any sort of access to him in all these years.

But now that she is free, she and Jake are going to meet for the first time and of course his father will be there with him. This scene sets the tone for the book and I have to say, I had a huge lump in my throat as I witnessed the long overdue reunion of a mother and son robbed of sixteen vital years with one another. While Jake seems ready to give Phoenix a chance, Riley is uncertain. Did she really intentionally murder a girl out of jealously over him? Or was it like Phoenix always claimed- that the passenger in the car that day was the responsible party?

The characters in this book are so well drawn I felt like I was living the story along side them. This is a very emotional story, but also a truly uplifting one as well. Phoenix has nothing but her self respect and pride. I mean nothing. The trailer she lives in is over run with her mother's junk, she has hardly any money, she lives with a mentally and physically disabled parent who is one of the most negative people in the world, but Phoenix is one resilient woman and the one thing that drives her is the love a mother has for her child.


This story has many layers and makes some thought provoking points, some of which were familial interference, judging people by their circumstances, forgiveness, positive thinking over negative thinking, and leading by example. Some may roll their eyes here, but I also thought the story confirmed my absolute belief in transcending power of love- whether it was parent-child, friendship or romantic love- that was the force that overpowered the haters, the doubters, and led to the the truth, to forgiveness, peace, hope, and healing. 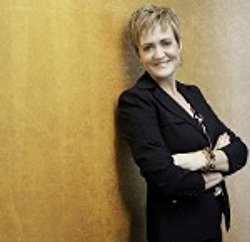 Brenda and her husband, Ted, live in Sacramento and are proud parents of five children--three girls and two boys. When she's not spending time with her family or writing, Brenda is usually raising funds for diabetes research (her youngest son has this disease). So far, Brenda has raised $2.6 million. Please visit http://www.brendanovakforthecure.org to see how you can help.