FLASHBACK FRIDAY- Silence for the Dead by Simone St. James- Feature and Review 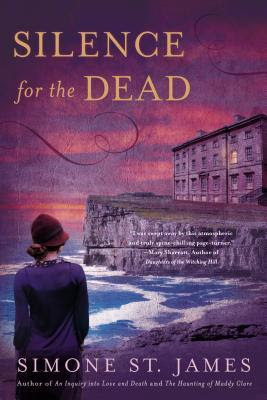 In 1919, Kitty Weekes, pretty, resourceful, and on the run, falsifies her background to obtain a nursing position at Portis House, a remote hospital for soldiers left shell-shocked by the horrors of the Great War. Hiding the shame of their mental instability in what was once a magnificent private estate, the patients suffer from nervous attacks and tormenting dreams. But something more is going on at Portis House—its plaster is crumbling, its plumbing makes eerie noises, and strange breaths of cold waft through the empty rooms. It’s known that the former occupants left abruptly, but where did they go? And why do the patients all seem to share the same nightmare, one so horrific that they dare not speak of it?
Kitty finds a dangerous ally in Jack Yates, an inmate who may be a war hero, a madman… or maybe both. But even as Kitty and Jack create a secret, intimate alliance to uncover the truth, disturbing revelations suggest the presence of powerful spectral forces. And when a medical catastrophe leaves them even more isolated, they must battle the menace on their own, caught in the heart of a mystery that could destroy them both.

Silence For the Dead by Simone St. James
My rating: 4 of 5 stars

Silence for the Dead by Simone St. James is a 2014 NAL publication.

Haunting in more ways than one-

An old mansion converted into a medical facility for ‘shell-shocked’ soldiers is the perfect, atmospheric backdrop for a spooky ghost story. But, this book is more than just a chilling paranormal tale- it is a mystery, a story of friendship, and a sweet, poignant love story.

Porits House is the perfect place for a young woman on the run to hide out, and Kitty Weekes desperately needs a place to lay low. She falsifies her resume to find work as a nurse, but right away ‘Madam’ calls her out on it. But, her boss is very desperate for nurses, so much so, her own job is on the line. So, she allows Kitty to stay, despite her lack of training.

But, Kitty will soon discover she has her work cut out for her, not only with the men she is to care for, but with the house itself. Thankfully, she finds an unlikely ally in Jack Yates, a war hero, whose identity is being kept secret from the other patients, and most of the staff. As Kitty and Jack get to know one another, they begin unraveling a puzzling mystery involving the former owners of Portis House,and a strange evil force effecting the patients. While danger lurks around every corner, Jack and Kitty discover they are kindred spirits in many ways.

Naturally, as a huge fan of Gothic mysteries and romances, this book appealed to me on every level. I love historical settings, old crumbling mansions, and dangerous romantic elements. But, nothing is spookier than an old asylum, or hospital, and boy did this book have atmosphere!! The paranormal aspects are quite effective and despite the uplifting conclusion, it still leaves the reader feeling very unsettled, like a good ghost story should.

This is a very well- constructed mystery, with a terrific cast of characters, with a wonderfully sweet love story rounding things out. I only recently discovered Simone St. James, but she has left a big impression on me! I can’t wait to read more of her books!!! 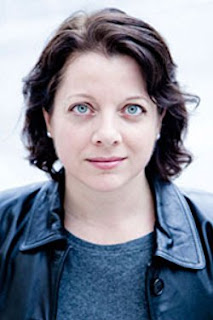 Simone St. James is the award-winning author of The Haunting of Maddy Clare, which won two prestigious RITA® awards from Romance Writers of America and an Arthur Ellis Award from Crime Writers of Canada. She writes gothic historical ghost stories set in 1920s England, books that are known for their mystery, gripping suspense, and romance.Simone wrote her first ghost story, about a haunted library, when she was in high school. She worked behind the scenes in the television business for twenty years before leaving to write full-time. She lives just outside Toronto, Canada with her husband and a spoiled cat.
Posted by gpangel at 2:00 AM