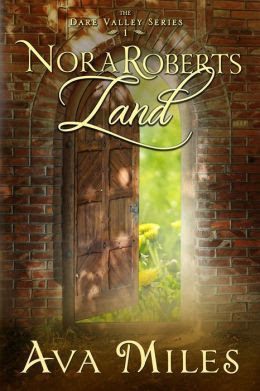 Journalist Meredith Hale’s ex-husband claimed her Nora Roberts addiction gave her unrealistic expectations about marriage, and she believed him. All dreams of happily ever after—or Nora Roberts Land as her mother calls it—went up in smoke. But when her family asks her to temporarily help their Dare Valley, Colorado newspaper, she decides it’s time to change her life and prove her ex wrong. She’s determined to find her own small-town Nora Roberts hero, prove that true love exists, and publish a story about her quest.
War correspondent Tanner McBride has just returned stateside to work for a major newspaper, and the last thing he expects is blackmail. Yet, before he can even unpack, he’s headed to Colorado. His assignment? Make his boss’s ex-wife fall for him and then break her heart. Her article about discovering love à la Nora might air dirty laundry about her marriage to the media mogul, threatening his senate run. The mogul wants Meredith stopped, and he makes sure Tanner has no choice in the matter.
When the two meet, the sparks between them are undeniable. Meredith, who vowed never to date another journalist, begins to succumb. Could Tanner be her Nora Roberts hero? As they work together to uncover the truth behind a suspicious death, the depth of their feelings unfolds and both realize they’ve kept their secrets for far too long. But before the truth can be revealed, their investigation takes a deadly turn, one that might make Meredith’s personal Nora Roberts Land go up in flames.

Nora Roberts Land by Ava Miles is a 2013 publication.

Meredith's husband, " Rick the Dick", told her reading that Nora Roberts novels gave her unrealistic expectations about love and marriage. When she finds herself divorced, she thinks maybe her ex- husband was right. There was no happy ever after in real life.

When her family needs some help running the Dare Valley newspaper in Colorado, Meredith gets an idea. Maybe she can prove Rick was wrong about Nora Roberts, and 'happily ever afters'. To that end, Meredith decides to do an article on the subject which makes Rick mighty nervous. Why? Well, Rick is running for a seat in the Senate and if Meredith's article comes out it could make him look bad and even expose some dark secrets that would ruin his political career. The solution? Tanner McBride.

Tanner has returned to the states after being a war correspondent.. His first assignment upon returning home? To seduce his boss's ex-wife, make her fall in love with him and then dump her, proving once and for all that true love only happens in fairy tales... or in Nora Roberts Land.

Why would a seasoned journalist like Tanner take on such an assignment? Blackmail of course. It seems Rick has some sordid information on Tanner's brother that he will make public if Tanner doesn't follow through. So, Tanner finds himself in Dare Valley, Colorado. When he meets his target, he knows his heart is in big trouble.  So, will Tanner be able to find a way out of this situation or will he have to break Meredith's heart to protect his family?

While Tanner is laying the ground work on getting to know Meredith, a suspicious death occurs which has some people thinking a coverup is underway. When Meredith and Tanner begin asking questions they wind up putting themselves in danger.

Now, if the name of the book doesn't grab you, I don't know what will. Ava Miles takes a page from the modern queen of romance authors and creates her very own masterpiece while paying homage to true love and happy ever after.

Meredith really took her divorce hard. She vowed never to become involved with a journalist again. When Tanner arrives in Dare Valley, Meredith is dating every man she can looking for a real life 'book boyfriend'.  While her sister, Jill, and her grandfather all insist Tanner is perfect for her, she still holds out... well, as long as she can anyway.

While Tanner is trying to protect his family by going along with this farce, I think deep down in his soul he knows he can't really crush Meredith like her ex husband wants him to. He just doesn't know now to extricate himself from the situation without someone getting hurt.

The secondary characters help to round out the novel and set up the scenario for the next book in the series which will feature Meredith's sister, Jill, and her best friend, Brian.

I really, really, really, enjoyed this book! Meredith went from panic attacks to taking on 'Rick the Dick' with dignity, intelligence and grace, all while proving that even if Prince Charming is just a fairytale, true love is real and not just in Nora Roberts Land.

THIS BOOK IS ALSO AVAILABLE WITH YOUR KINDLE UNLIMITED SUBSCRIPTION! 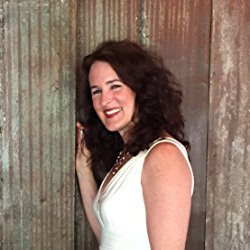 International Bestselling Author Ava Miles joined the ranks of beloved storytellers with her powerful messages of healing, mystery, and magic. Millions of readers have discovered her fiction and nonfiction books, praised by USA TODAY and Publisher’s Weekly. Women’s World Magazine has selected a few of her novels for their book clubs while Southwest Airlines featured the #1 National Bestseller NORA ROBERTS LAND (the name used with Ms. Roberts’ blessing) in its in-flight entertainment. Ava’s books have been chosen as Best Books of the Year and Top Editor’s Picks and are translated into multiple languages.
Sign up for Ava's newsletter at www.avamiles.com/newsletter/
Join Ava on Faceboook at www.facebook.com/authoravamiles
Follow Ava on twitter at www.twitter.com/authoravamiles
Visit Ava's website at www.avamiles.com
Goodreads: www.goodreads.com/author/show/7133520.Ava_Miles