Monster in the Closet by Karen Rose- Feature and Review 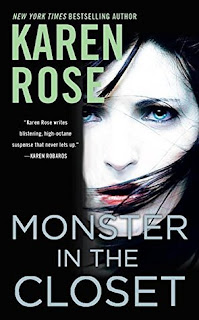 Monster in the Closet reunites readers with characters from Karen Rose's bestselling Baltimore series.
A mother is dead, and now her killer hunts the child that witnessed the brutal crime...
Private Investigator Clay Maynard locates missing children for clients, but has nearly given up hope of finding his own daughter, cruelly stolen from him by his ex-wife twenty-three years ago.
Equine therapist Taylor Dawson has chosen to intern at Daphne Montgomery-Carter's stables so that she can observe the program's security director - her father, Clay Maynard. Trying to reconcile the wonderful man she's getting to know with the monster her mother always described, Taylor never expects to become the target of a real monster, the man who murdered the mother of the little girls she works with at the stable. Neither does she expect to fall for Ford Elkhart, Daphne's handsome son, who is dealing with his own demons. As family and friends gather for a wedding, Taylor starts to imagine a permanent life in Baltimore.
But not if the real monster gets to her first...

Monster in the Closet by Karen Rose
My rating: 4 of 5 stars

Monster in the Closet by Karen Rose is a 2017 Berkley Books publication.

Clay’s job is locating missing children, but for years, his own missing daughter remained elusive.

But, when Taylor Dawson arrives at Carters Stables, working as a new intern, those who know Clay begin to suspect she could be his long -lost daughter.

Meanwhile, the traumatized child Taylor is working with may be harboring the identity of a killer.

Naturally, the little girl could be in danger, but if the killer thinks the child may have confided in Taylor, she too could be in the line of fire.

Taylor also finds herself conflicted when she begins to develop feelings for Ford Elkhart, a man who has survived a horrible trauma of his own. But, once Taylor’s internship is over, she will have to make a painful decision about her future. Will she stay and get to know her biological father and forge a deeper relationship with Ford, or will she return home to take care of the man who raised her?

This is a compelling story, but one that is also bittersweet. Taylor and Clay lost so much time together, time that can never be recovered, both laboring under false impressions this entire time.
However, reconnecting on an emotional level proves more complicated, stymied somewhat by their extended families, respectively.

I’ve read my fair share of Karen Rose’s romantic suspense novels over the years, and really enjoy them. This one, however, was a little tepid. This is a long running, interconnected series and to try at this point, to brief newcomers to the series would be difficult. Yet a little recap might have been in order since I struggled to recall some of the characters. I did remember Ford and Stevie, however, which were the focus of previous installments in this 'Baltimore' arc.

Some things about this story bugged me, like Stevie's attitude towards Taylor, which was understandable to an extent, but too over the top. She very nearly pissed me off and I had really liked her character, previously.

The romance segment got off to a very quick start, with very little build up, but it did run cold and hot, and is very complicated. However, I did want Ford to find happiness, and I think Taylor is a good match for him.

Also, readers should know up front that the identity of the killer is revealed straight away. Often this tactic only increases the suspense as I usually find myself sitting on pins and needles wishing I could give the good guys a heads up, but in this case the suspense was muted somewhat. There are some tense situations, however, that helps to offset the lack of a suspenseful buildup.

Still, the story is very absorbing and thought provoking. This installment seems to focus more on family connections and the building and development of relationships that may have seemed like a lost cause, than on the crime elements. However, the focus on family did give the story an emotional edge not all that common in romantic suspense novels. The ending is satisfying, and I liked the way the future looks for Taylor and Ford, two people who deserve some long overdue happiness.

Although this one was not my absolute favorite in the series, any book written by veteran romantic suspense author Karen Rose is a cut above, which is why I have bumped up the rating, after some careful consideration. This is a solid series, overall, and I find myself feeling really excited about the upcoming sixth chapter of the Baltimore series!!


DON'T MISS THE NEXT EXCITING INSTALLMENT IN THE BALTIMORE SERIES- COMING IN MAY 2018: 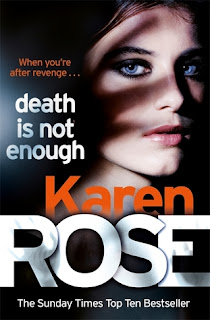 A ruthless gang leader. A deadly vendetta. Karen Rose returns with the break-neck follow-up to MONSTER IN THE CLOSET, and the sixth book in the heart-pounding Baltimore Series. Gwyn Weaver is as resilient as anyone could be. Having survived an attempted murder, she has rebuilt her life and reclaimed her dignity and strength. She's always known about her feelings for defence attorney Thomas Thorne, but as her friend and a colleague there could be no chance of anything more... or could there?Thorne has known violence and pain all his life. He's overcome the hardships that have been thrown at him thanks to his own steel, and the love of his loyal friends. Now he's thinking it might finally be time to let his guard down, and allow himself to let in the woman he's always admired from afar.Then Thorne's whole world is torn apart — he is found unconscious in his own bed, the lifeless body of a stranger lying next to him, her blood on his hands. Knowing Thorne could never have committed such a terrible crime, Gwyn and his friends rally round to clear his name.But this is just the beginning — the beginning of a brutal campaign to destroy Thorne, and everything he holds dear.. 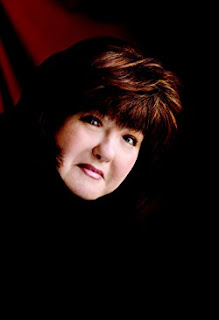 Internationally bestselling, RITA-award winning, author Karen Rose was born and raised in the Maryland suburbs of Washington, DC. She met her husband, Martin, on a blind date when they were seventeen and after they both graduated from the University of Maryland, (Karen with a degree in Chemical Engineering) they moved to Cincinnati, Ohio. Karen worked as an engineer for a large consumer goods company, earning two patents, but as Karen says, “scenes were roiling in my head and I couldn't concentrate on my job so I started writing them down. I started out writing for fun, and soon found I was hooked.”Her debut suspense novel, DON'T TELL, was released in July, 2003. Since then, she has published fifteen more novels and two novellas. Her eighteenth novel, EVERY DARK CORNER, will be released in 2017.Karen's books have appeared on the bestseller lists of the New York Times, USA Today, London's Sunday Times, and Germany's der Spiegel (#1), and the Irish Times, as well as lists in South Africa (#1) and Australia!Her novels, I'M WATCHING YOU and SILENT SCREAM, received the Romance Writers of America's RITA award for Best Romantic Suspense for 2005 and 2011. Five of her other books have been RITA finalists. To date, her books have been translated into more than twenty languages.A former high school teacher of chemistry and physics, Karen lives in Florida with her husband of more than twenty years, two dogs, and a cat.