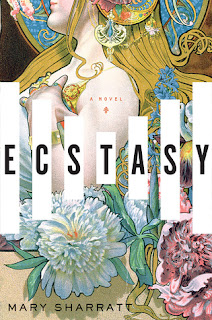 In the glittering hotbed of turn-of-the-twentieth-century Vienna, one woman’s life would define and defy an era
Gustav Klimt gave Alma her first kiss. Gustav Mahler fell in love with her at first sight and proposed only a few weeks later. Bauhaus founder Walter Gropius abandoned all reason to pursue her. Poet and novelist Franz Werfel described her as “one of the very few magical women that exist.” But who was this woman who brought these most eminent of men to their knees? In Ecstasy, Mary Sharratt finally gives one of the most controversial and complex women of her time the center stage.
Coming of age in the midst of a creative and cultural whirlwind, young, beautiful Alma Schindler yearns to make her mark as a composer. A brand-new era of possibility for women is dawning and she is determined to make the most of it. But Alma loses her heart to the great composer Gustav Mahler, nearly twenty years her senior. He demands that she give up her music as a condition for their marriage. Torn by her love and in awe of his genius, how will she remain true to herself and her artistic passion?
Part cautionary tale, part triumph of the feminist spirit, Ecstasyreveals the true Alma Mahler: composer, author, daughter, sister, mother, wife, lover, and muse.

Ecstasy by Mary Sharratt
My rating: 4 of 5 stars


Ecstasy by Mary Sharratt is a 2018 Houghton Mifflin Harcourt publication.

This story is a fictionalized accounting of composer and pianist Alma Schindler’s life during the period she was married to famed composer Gustav Mahler. As a condition of her marriage, Alma promised her husband, she would give up her own music and channel all her passion for music through his compositions and successes, which eventually takes her down the path of depression and melancholy, and into the arms of another man.

It doesn’t seem to matter what kind of story I’m reading- if Vienna is the location- It immediately puts me into an entirely different mood. There is just something so atmospheric about it, so romantic and steeped in incredible history- especially from an artistic standpoint. This book was no exception. I willingly allowed myself to fall dreamily into the angst ridden, highly dramatic, often tragic life of Alma Schindler Gustuv. Alma was a talented composer, someone who swore she would never succumb to traditional married life, always putting her music first- until she fell in love with Gustuv Mahler. 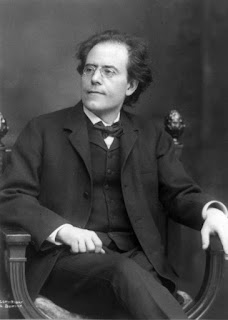 This story follows the impulsive Alma as she struggles through her teenage years, where she copes with the way her mother demurs to her new husband, and the addition to their family of a younger brother, as well as her sister’s struggle with mental illness. While Alma's often petulant and selfish, she is also a great romantic and feels things deeply.

She falls in and out of love easily enough, but did seem to have a tremendous depth of feeling for Gustuv who was more self -absorbed than Alma ever thought of being. Despite his dismissive attitude towards her, she lives for those periods of great passion between them. It was an amazing journey Alma took, as she suffered from discontent, boredom, and pent up creative power that left her frustrated and badly in need of release. 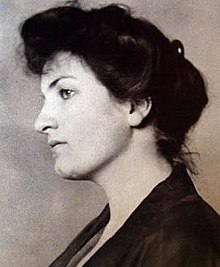 The story and the marriage between Alma and Gustuv reads like a musical composition at times with staccato and legato, diminuendo, and crescendos, Molto and Sempre, melody and harmony. I enjoyed the high drama, I must say. If this had been a strictly fictional book, I may have rolled my eyes at some of the intense emotional turmoil Alma was always on the verge of, thinking it just a little bit too melodramatic or over the top, but since this story is based on true events, it proves that life often is packed with more high -pitched angst than we want to admit. Artists of all forms seem more prone to those fits of agony and mania, but I’ll keep this in mind the next time I become exasperated by an overwrought heroine.

I also enjoyed Alma journey back to the place where she was able to take charge of her life and music again, was able to express herself musically and artistically, feeling more fulfilled and more independent, perhaps learning that lesson the hard way. In the end, Alma was more of a trailblazer for women than she is credited with, eventually leaving behind her own musical legacy, despite her continual attraction to men driven by their careers.

Many of you, myself included, will want to know more about Alma’s life after reading this book. It is interesting to note, that she often maintained her role as muse, becoming the subject of plays, books, and movies. While there are plenty of resources to choose from, the truth of Alma’s life is often speculative, elusive, and the subject of much debate.

This is quick, fascinating read, I found to be quite interesting and very absorbing. 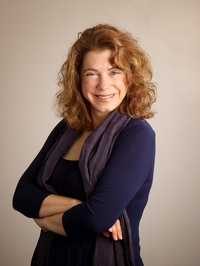 Mary Sharratt is an American writer who lives with her Belgian husband in the Pendle region of Lancashire, England, the setting for her acclaimed 2010 novel, DAUGHTERS OF THE WITCHING HILL, which recasts the Pendle Witches of 1612 in their historical context as cunning folk and healers.
Previously she lived for twelve years in Germany. This, along with her interest in sacred music and herbal medicine, inspired her to write her most recent novel, ILLUMINATIONS: A NOVEL OF HILDEGARD VON BINGEN, which explores the dramatic life of the 12th century Benedictine abbess, composer, polymath, and powerfrau.
Winner of the 2005 WILLA Literary Award and a Minnesota Book Award Finalist, Mary has also written the acclaimed novels SUMMIT AVENUE (Coffee House 2000), THE REAL MINERVA (Houghton Mifflin 2004), THE VANISHING POINT (Houghton Mifflin 2006), and co-edited the subversive fiction anthology BITCH LIT (Crocus Books 2006), which celebrates female anti-heroes--strong women who break all the rules. Her short fiction has been published in TWIN CITIES NOIR (Akashic Books 2006).
Mary writes regular articles for Historical Novels Review and Solander on the theme of writing women back into history. When she isn't writing, she's usually riding her spirited Welsh mare through the Lancashire countryside.