FLASHBACK FRIDAY- The Returned by Jason Mott- Feature and Review 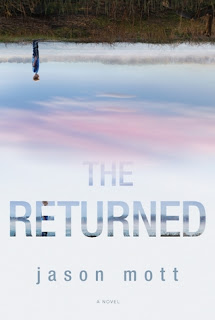 acob was time out of sync, time more perfect than it had been. He was life the way it was supposed to be all those years ago. That's what all the Returned were.

Harold and Lucille Hargrave's lives have been both joyful and sorrowful in the decades since their only son, Jacob, died tragically at his eighth birthday party in 1966. In their old age they've settled comfortably into life without him, their wounds tempered through the grace of time ... Until one day Jacob mysteriously appears on their doorstep—flesh and blood, their sweet, precocious child, still eight years old.

All over the world people's loved ones are returning from beyond. No one knows how or why this is happening, whether it's a miracle or a sign of the end. Not even Harold and Lucille can agree on whether the boy is real or a wondrous imitation, but one thing they know for sure: he's their son. As chaos erupts around the globe, the newly reunited Hargrave family finds itself at the center of a community on the brink of collapse, forced to navigate a mysterious new reality and a conflict that threatens to unravel the very meaning of what it is to be human.

With spare, elegant prose and searing emotional depth, award-winning poet Jason Mott explores timeless questions of faith and morality, love and responsibility. A spellbinding and stunning debut, The Returned is an unforgettable story that marks the arrival of an important new voice in contemporary fiction.

The Returned by Jason Mott
My rating: 4 of 5 stars

The Returned by Jason Mott is a 2013 Harlequin MIRA publication.

Usually when I pick up a Harlequin MIRA novel, it's more on the side of contemporary romance or women's fiction. But, I saw this book while thumbing through the Overdrive library books, and will confess I misunderstood what the book was about when I checked it out. I was thinking the story was centered on the return of a missing child who was presumed dead, but this book is nothing at all like that.

As the story opens, the reader learns that the dead are returning to earth. Not as ghost or zombies, but seemingly as real people. The catch is that they are the age they were when they died. So, when Jason shows up at his parent's home, he is still just a child, the same age he was when he died.

Naturally, people are freaking out over this phenomenon, thinking it indicates the world is about to end, or suspicious about the returned, thinking they can't possibly be the actual person who died. In the midst of this fear and panic, people respond as they often do by taking extreme measures to ensure their sense of safety.

But, as we shall see, the story is about more than the commentary on human nature, it's also about the fantasy of having a loved one return to us, giving us a chance to recapture what was stolen from us, by their death.

The writing style was a bit different and took me some time to adjust to, but once I got accustomed to it, the story seemed to flow nicely with steady pacing and interesting dialogue.


It's a very thought provoking and often moving story and I give the author kudos for having such vivid imagination and giving the reader a realistic conclusion to the story that didn't insult my intelligence.

Although this is not the sort of story I usually go for, it was, I believe written with a sentimental and sweet intention, even if it did leave me feeling a little melancholy at times. It does end on an up swing though, even though we aren't given all the answers to the questions, I think it's more about taking a leap faith and having hope, about grabbing the opportunities you have right now, and holding on to whatever you are given, even if you experience some doubts, and about being thankful for that chance, and making the best of it.

I recommend this one to readers of fantasy, paranormal, and science fiction. 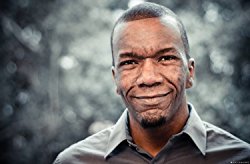 Jason Mott lives in southeastern North Carolina. He has a BFA in Fiction and an MFA in Poetry, both from the University of North Carolina at Wilmington. His poetry and fiction has appeared in various literary journals. He was nominated for a 2009 Pushcart Prize award and Entertainment Weekly listed him as one of their 10 "New Hollywood: Next Wave" people to watch.He is the author of two poetry collections: We Call This Thing Between Us Love and "...hide behind me..." The Returned is his first novel.
Posted by gpangel at 1:00 AM