After Anna by Lisa Scottoline- Feature and Review 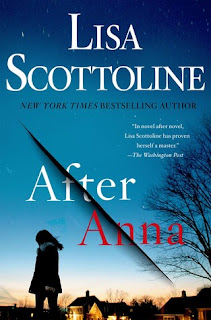 Nobody cuts deeper than family...
Noah Alderman, a doctor and a widower, has remarried a wonderful woman, Maggie, and for the first time in a long time he and his son are happy. But their lives are turned upside down when Maggie’s daughter Anna moves in with them. Anna is a gorgeous seventeen-year-old who balks at living under their rules though Maggie, ecstatic to have her daughter back, ignores the red flags that hint at the trouble that is brewing. Events take a deadly turn when Anna is murdered and Noah is accused of the crime. Maggie must face not only the devastation of losing her only daughter, but the realization that her daughter's murder was at the hands of a husband she loves. New information sends Maggie searching for the truth, leading her to discover something darker than she could have ever imagined.

After Anna by Lisa Scottoline
My rating: 4 of 5 stars

After Anna by Lisa Scottoline is a 2018 St. Martin’s Press publication.

When Maggie’s estranged seventeen- year old daughter, Anna, calls out of the blue, hoping to reconnect, Maggie is over the moon. As it turns out, Anna’s father has died, making Anna a very wealthy young woman, but she is utterly alone in the world. Maggie, of course, immediately invites Anna to move in with her and her new husband, Noah, and his son. Maggie would finally have the complete family she had always longed for.

But, things go awry almost immediately when Anna and Noah clash, exposing large cracks in the veneer of Maggies's perfect family. But, as tense as things have become between Maggie and Noah, as strained as their marriage has become, Maggie never could have imagined a day when her husband would stand trial for the murder of her only child. Did Noah cross a line with Anna? Did he murder her?

Lisa Scottoline is usually pretty solid, and I enjoy most of her books. But, I really found myself caught up on this one, more so than usual, probably because of the courtroom drama. I haven’t read any clever courtoom scenes, like this one, in so long I felt like I’d found an oasis in a desert. The trial was absolutely fantastic!!

The family drama is interwoven within all the legalese, as Noah recalls the events that led up to his arrest for Anna’s murder.

Although, it didn’t take long for me to figure out what was going on, at least to some extent, I still suspected anyone and everyone along the way of being complicit or involved in some way, which of course, is exactly the way I like it. However, the story almost careened too far off course, in the second half, putting all that carefully crafted momentum at risk. I had to suspend belief a little more than I would like to, but, at the end of the day, I think things evened out enough to give the book a strong finish.

The suspense is taut, not just from a criminal aspect, but from an emotional one, as well.

Relationships are always complex, and this book explores the ways a seemingly perfect marriage and family has vulnerabilities, and be hacked into just like with technology. One has to be on guard at all times for potential malware. Personality traits and certain tendencies can work for us or against us when we are thrown into bizarre, unimaginable circumstances.

Once everything was said and done, I think a few of these characters were much stronger after having faced this type of adversity. Prioritizing what is really important in life is something we can all strive for, but hopefully we won’t have to face such catastrophic challenges before we see the need to keep things in perspective.

Although the story has a few weak spots one will have to overlook, because the legal aspects were so strong, because I cared about the characters, and because I loved the ending, and the message I gained from this story, I feel this is a strong and entertaining effort from LS. 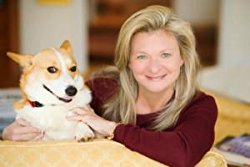 Lisa Scottoline is The New York Times bestselling author and Edgar award-winning author of 30 novels, including her upcoming, AFTER ANNA. She also writes a weekly column with her daughter Francesca Serritella for the Philadelphia Inquirer titled “Chick Wit” which is a witty and fun take on life from a woman’s perspective. These stories, along with many other never-before-published stories, have been collected in a New York Times bestselling series of humorous memoirs including their most recent, I Need A Lifeguard Everywhere But The Pool. Lisa reviews popular fiction and non-fiction, and her reviews have appeared in The New York Times, The Washington Post and The Philadelphia Inquirer. Lisa has served as President of Mystery Writers of America. Lisa graduated magna cum laude in three years from the University of Pennsylvania, with a B.A. degree in English, and her concentration was Contemporary American Fiction, taught by Philip Roth and others. She graduated cum laude from the University of Pennsylvania Law School where she taught a course she developed, "Justice and Fiction." Lisa is a regular and much sought after speaker at library and corporate events. Lisa has over 30 million copies of her books in print and is published in over 35 countries. She lives in the Philadelphia area with an array of disobedient pets, and she wouldn’t have it any other way.
Posted by gpangel at 1:00 AM