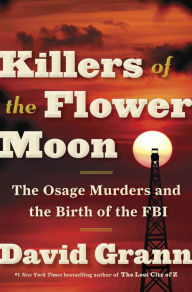 In the 1920s, the richest people per capita in the world were members of the Osage Indian Nation in Oklahoma. After oil was discovered beneath their land, the Osage rode in chauffeured automobiles, built mansions, and sent their children to study in Europe.

Then, one by one, they began to be killed off. One Osage woman, Mollie Burkhart, watched as her family was murdered. Her older sister was shot. Her mother was then slowly poisoned. And it was just the beginning, as more Osage began to die under mysterious circumstances.

In this last remnant of the Wild West—where oilmen like J. P. Getty made their fortunes and where desperadoes such as Al Spencer, “the Phantom Terror,” roamed – virtually anyone who dared to investigate the killings were themselves murdered. As the death toll surpassed more than twenty-four Osage, the newly created F.B.I. took up the case, in what became one of the organization’s first major homicide investigations. But the bureau was then notoriously corrupt and initially bungled the case. Eventually the young director, J. Edgar Hoover, turned to a former Texas Ranger named Tom White to try to unravel the mystery. White put together an undercover team, including one of the only Native American agents in the bureau. They infiltrated the region, struggling to adopt the latest modern techniques of detection. Together with the Osage they began to expose one of the most sinister conspiracies in American history.

A true-life murder mystery about one of the most monstrous crimes in American history.

Killers of the Flower Moon: The Osage Murders and the Birth of the FBI by David Grann
My rating: 5 of 5 stars

Killers of the Flower Moon by David Grann is a 2017 Doubleday publication.

A Conspiracy is everything that ordinary life is not. It’s the inside game, cold, sure, undistracted, forever closed off to us. We are the flawed ones, the innocents, trying to make some rough sense of the daily jostle. Conspirators have a logic, and a daring beyond our reach. All conspiracies are the same taut story of men who find coherence in a criminal act- Don Delillo

This is a stunning historical true crime 'novel' centered around corrupt and shameful politics, racism, and greed that fueled the ‘Osage reign of terror’, back in the 1920’s and was responsible for the birth of the first ‘Bureau of Investigation”-

When Mollie Burkhart’s sister disappeared, and was later found shot to death, an investigation into her death, as well a bombing and a string of poisonings all aimed at wealthy Osage Indians who benefited from the oil found on their land, began that would eventually expose an incredible conspiracy. This conspiracy involved anyone and everyone, it seems, as the Osage were being systematically killed off. This included law men and lawmakers, all the way to Washington, as white men schemed to take control of the vast wealth the Osage were entitled to.

Finally, with increasing pleas for help the FBI got involved in the case, but rife with corruption, they floundered horribly. Eventually, Tom White was assigned the case by J. Edgar Hoover. His investigation would expose men at their darkest and most unconscionable. It’s hard to imagine Hoover in this light, but he was trying to build his reputation at this time, so solving this case would be a big feather in his cap. 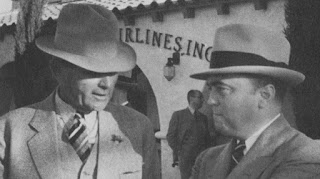 I am ashamed to admit I didn’t know anything about this dark piece of history. This is a true crime accounting, but it reads like a modern -day murder mystery, one you simply can not put down, with enough plot twists to keep the reader right on the edge of their seats. While many true crime books are hard to read due to the creepiness and graphic details of the crimes, this book doesn’t really have that same, ‘don’t read it alone at night’ quality to it, but I was so shocked by what I was reading, I experienced plenty of shock waves, all the same.

Usually, I find myself feeling a great many emotions for crime victims and their families, but I don’t think I’ve ever felt more sympathy than I did for Mollie Burkhart. My God!! That poor woman suffered such an incredible amount of loss, in unimaginable ways. 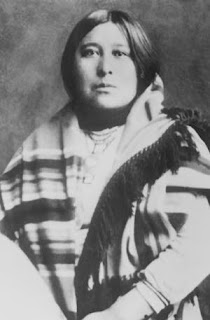 
But, I am also ashamed of the way the Osage was treated by our country. Men of power who schemed to limit access to their money, assigning them guardians, who could easily steal from them… or worse. They were treated like children!! Can you imagine having someone monitoring every penny you spent- down to a tube of toothpaste?? SERIOUSLY??

‘The US government, contending that many Osage were unable to handle their money, had required the Office of Indian Affairs to determine which members of the tribe were capable of managing their trust funds. Over the tribe’s vehement objections, many Osage were deemed incompetent, and were forced to have a local white guardian overseeing and authorizing all their spending, down to the tube of toothpaste they purchased at the corner store. One Osage who had served in World War 1 complained, “I fought in France for this country, and yet I am not allowed even to sign my own checks.'


The history that unfolds in this book riveting. So many innocent lives lost, so many lies, scandals and cover-ups, it’s hard to keep count of it all. But, at the end of the day, this book resonated with me because I learned some eye -opening truths about the Osage, which I knew virtually nothing, and came away with a much better understanding and deep respect for them. It also solidified, unfortunately, my cynicism about our government and what truly lies at the bottom depths of a person’s heart. Greed, racism, and the desire for complete control, at any cost, still governs our lives today. While I did feel a long overdue feeling of triumph, and relief that this story is finally out there, that some justice was served in the end, there are still many who didn’t get that kind of retribution or closure.


This is a MUST READ!! I promise it is one of those books that will give you pause, make you stop to reconsider, and will change your outlook about the past, help one recognize that we are still battling many of those same issues in the present, which could, just maybe, keep history from repeating itself.

‘History is a merciless judge. It lays bare our tragic blunders and foolish missteps and exposes our most intimate secrets, wielding the power of hindsight like an arrogant detective who seems to know the end of the mystery from the onset.”

While this story chilled me right to the bone, it also broke my heart and tapped into a well of emotions, while teaching me a lot about a time in history I so glad I discovered. It's a book we can all take something away from, and hopefully learn from it. 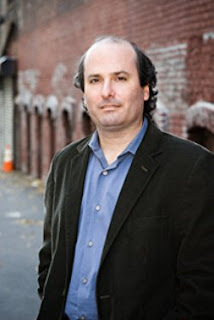 DAVID GRANN is a #1 New York Times bestselling author and an award-winning staff writer at The New Yorker magazine. His latest book, Killers of the Flower Moon: The Osage Murders and the Birth of the FBI, will be released in April. Based on years of research, it explores one of the most sinister crimes and racial injustices in American history.