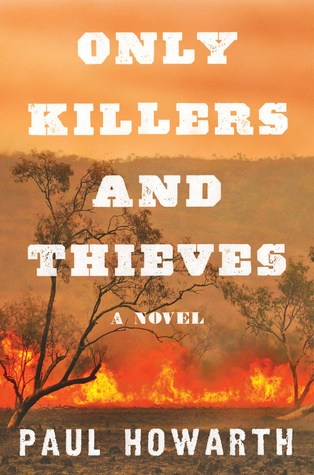 Two adolescent brothers are exposed to the brutal realities of life and the seductive cruelty of power after a tragedy shatters their family in this riveting debut novel—a story of savagery and race, injustice and honor set in the untamed frontier of 1880s Australia—reminiscent of Philipp Meyer’s The Son and the novels of Cormac McCarthy
An epic Western, a tough coming-of-age story, and a tension-laden tale of survival, Only Killers and Thieves is a gripping and utterly transporting debut that brings to vivid life a colonial Australian frontier that bears a striking resemblance to the American West in its formative years.
It is 1885 and the McBride family are trying to survive a crippling drought that is slowly eroding their lives and hopes: their cattle are starved, and the family can no longer purchase the supplies they need on their depleted credit. When the rain finally comes, it’s a miracle. For a moment, the scrubland flourishes and the remote swimming hole fills. Returning home from an afternoon swim, fourteen-year-old Tommy and sixteen-year-old Billy McBride discover a scene of heartbreaking carnage: their dogs dead in the yard, their hardworking father and mother shot to death, and their precocious younger sister unconscious and severely bleeding from a wound to her gut. The boys believe the killer is their former Aboriginal stockman, and, desperate to save Mary, they rush her to John Sullivan, the wealthiest landowner in the region and their father’s former employer, who promises to take care of them.
Eager for retribution, the distraught brothers fall sway to Sullivan, who persuades them to join his posse led by the Queensland Native Police, an infamous arm of British colonial power whose sole purpose is the “dispersal” of indigenous Australians to “protect” settler rights. The group is led by the intimidating inspector Edmund Noone, a dangerous and pragmatic officer whose intellect and ruthlessness both fascinates and unnerves the watchful Tommy. Riding for days across the barren outback, the group is determined to find the perpetrators they insist are guilty, for reasons neither of the brothers truly understands. It is a harsh and horrifying journey that will have a devastating impact on Tommy, tormenting him for the rest of his life—and hold enduring consequences for a young country struggling to come into its own.
Set in a period of Australian and British history as raw and relevant as that of the wild frontier of nineteenth-century America, Only Killers and Thieves is an unforgettable story of family, guilt, empire, race, manhood, and faith that combines the insightfulness of Philipp Meyer’s The Son with the atmospheric beauty of Amanda Coplin’s The Orchardist and the raw storytelling power of Ian McGuire’s The North Water.

Only Killers and Thieves by Paul Howarth
My rating: 5 of 5 stars

Only Killers and Thieves by Paul Howarth is a 2018 Harper publication.

When Billy and Tommy find their parents brutally murdered and their sister barely clinging to life, they make an uneasy bargain with the rich landowner, their father had not trusted, to hunt down the man accused of killing their family.

There is a horrible backstory that leads up this chain of events, as the boy witnessed something they probably shouldn’t have, which involved racism, and outright cruelty. Now they find themselves aligned with those same people on a quest that fuels their hate filled agenda.

The journey will prove to be a hard one, where both boys will take a side, one will follow the corrupt path, believing himself superior, stronger, and determined to get his share of the pie, while the other will follow his heart, his own moral code and his principles, refusing to sacrifice his convictions, even though his feelings forge a wedge between them.

The Australian landscape, the dry, parched land, creates a harsh backdrop that sets the mood and tone of the story perfectly. This coming of age tale is a poignant story, as well as one steeped in historical details, and examines the brutal realities indigenous Aborigines suffered through at the hands of white men who felt themselves superior, smarter, and entitled.

The story is quite violent and not for the faint of heart. There are several intensely uncomfortable passages in the book, that offended my sensitive nature, forcing me to put the book aside from time to time.

I can’t remember how or why this book caught my attention, but at some point, I’d put it on hold on it at the library. I can only guess that someone recommended it to me or I added it because of my love of historical fiction. However, this book also falls into the western category, which I have read sparingly and is certainly not a genre I would have chosen ordinarily.

However, the story is very thought provoking, and despite the brutal nature of the tale, is very absorbing, and suspenseful. Tommy is a character I found myself worrying over and wishing I could reach through the pages and give him a word of encouragement or maybe a little motherly nurturing. It’s too bad we have more people in this world who think like his brother, but that makes Tommy stand out all the more, and in my book, he was a true hero. 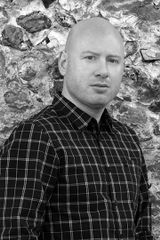 Paul Howarth was born and grew up in Great Britain before moving to Melbourne in his late twenties. He lived in Australia for more than six years, gained dual citizenship in 2012, and now lives in Norwich, United Kingdom, with his family.
In 2015, he received a master’s degree from the University of East Anglia’s creative writing program, the most prestigious course of its kind in the UK, where he was awarded the Malcolm Bradbury Scholarship.
Posted by gpangel at 1:00 AM