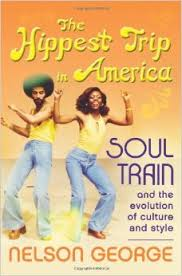 An authoritative history of the groundbreaking syndicated television show that has become an icon of American pop culture, from acclaimed author and filmmaker Nelson George, “the most accomplished black music critic of his generation” (Washington Post Book World).
When it debuted in October 1971, seven years after the Civil Rights Act, Soul Train boldly went where no variety show had gone before, showcasing the cultural preferences of young African-Americans and the sounds that defined their lives: R&B, funk, jazz, disco, and gospel music. The brainchild of radio announcer Don Cornelius, the show’s producer and host, Soul Train featured a diverse range of stars, from James Brown and David Bowie to Christine Aguilera and R. Kelly; Marvin Gaye and Elton John to the New Kids on the Block and Stevie Wonder.
The Hippest Trip in America tells the full story of this pop culture phenomenon that appealed not only to blacks, but to a wide crossover audience as well. Famous dancers like Rosie Perez and Jody Watley, performers such as Aretha Franklin, Al Green, and Barry White, and Cornelius himself share their memories, offering insights into the show and its time—a period of extraordinary social and political change. Colorful and pulsating, The Hippest Trip In America is a fascinating portrait of a revered cultural institution that has left an indelible mark on our national consciousness. 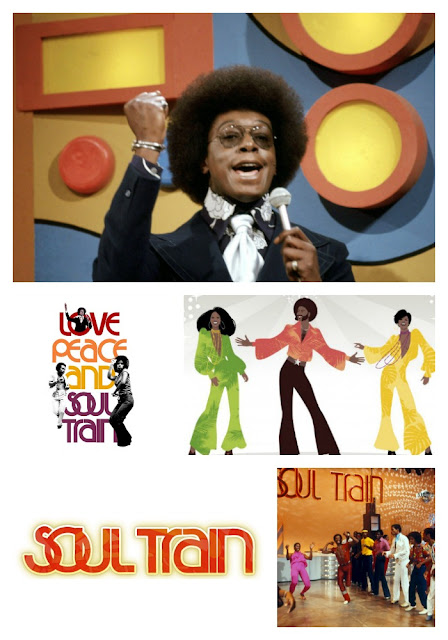 The Hippest Trip in America: Soul Train and the Evolution of Culture & Style by Nelson George
My rating: 4 of 5 stars

The Hippest Trip in America: Soul Train the Evolution of Culture & Style by Nelson George is a 2014 William Morrow publication.

This book is like a companion piece for the highest rated VH1 rock documentary by the same name.  The documentary explored the humble beginnings of Soul Train all the way to the end of the show, and sadly, the death of Don Cornelius. This is a very good documentary and if you ever have a chance to locate it, I do recommend you watch it.

This book compliments everything we saw in the documentary with interviews and photos, and aims the focus more on the show itself, and the dancers in particular. This was a great angle to explore. Instead of rehashing the history of the 1970's and giving us technical details of business transactions, this book zeroes in on the entertainment value of the show and the massive impact it had on clothing, hair styles , dance trends, marketing geared toward blacks and opening doors for many to cross over into careers of their own.

For me, personally, I just managed, barely to get in on the tail end of the great soul and funk music of the seventies, before the disco transition was nearly complete. Without getting into the fine print of what syndication was like in the seventies- in my neck of the woods, the show came on Saturday afternoons.  I didn't watch the show all that often, but, if I happened to be home at that time of day and thought about it, I would tune in. Now all these years later I really wish I had paid more attention.

This book listed certain dancers and controversies, with Rosie Perez and Jody Whatley being some of the more recognizable names. There are many quotes and interview excerpts from the people on the show, and from Don Cornelius, himself.

However, Don Cornelius is still somewhat of an enigma. He wanted Soul Train to show blacks in a positive light and made a diligent effort to keep the show clean. He frowned on provocative clothing,  and certain dance moves that could be considered suggestive. He was a very disciplined man, serious, private, perhaps a little aloof. He suffered with many health issues and it is very sad that his life ended in such a way.

The influence Don and Soul Train had on pop culture and the impact it had in opening doors for black performers to cross over into mainstream in immeasurable. It angered and saddened me to know that performers poked fun at Don in his later years and parodied Soul Train in an unflattering way. If it were not for the vision and tenacity of Don Cornelius I don't know how long it would have taken for black performers to break out into television, movies, and have their music universally recognized. Surely, a little respect is due and I do hope that the rumors a reboot of the show are true, so that it might  touch a whole new generation of people.

This is a fun and nostalgic book, that gives us a point of view unique to the dancers and the impact the show had on their lives and continues to have for many. I had a lot of fun reading it!!

Nelson George is an author, filmmaker, television producer, and critic with a long career in analyzing and presenting the diverse elements of African-American culture.
Queen Latifah won the Golden Globe for playing the lead in his directorial debut, the HBO movie 'Life Support'. The critically acclaimed drama looked at the effects of HIV on a troubled black family in his native Brooklyn, New York. He recently co-edited, with Alan Leeds, 'The James Brown Reader (Plume)', a collection of previously published articles about the Godfather of Soul that date as far back the late '50s. Plume published the book in May '08.
He is an executive producer on two returning cable shows: the third season of BET's American Gangster and the fifth airing of VH1's Hip Hop Honors. George is the executive producer of the Chris Rock hosted feature documentary, Good Hair, a look at hair weaves, relaxers and the international black hair economy that's premiering at the 2009 Sundance Film Festival.
Nelson George serves as host of Soul Cities, a travel show that debuted in November 2008. on VH1 Soul. Nelson visited Los Angeles, New Orleans, Philadelphia, Memphis, New Orleans and the Bay Area. He eats food, visits historic sites, and hears lots of music. LaBelle, Robin Thicke, Babyface, Rafael Saadiq, Angie Stone and Jazmine Sullivan are among the many artists who talked with Nelson and perform. The second season starts shooting in Spring 2009.
Throughout the '80s and '90s George was an columnist for Billboard magazine and the Village Voice newspaper, work that led him to write a series of award winning black music histories: 'Where Did Our Love Go: The Rise and Fall of the Motown Sound'; 'The Death of Rythm & Blues'; and 'Hip Hop America'. He won a Grammy for his contribution to the linear notes package on the James Brown 'Star Time' boxed set. George co-wrote 'Life and Def', the autobiography of his old friend Russell Simmons. He's also had a career writing fiction, including the bestselling 'One Woman Short', and the story, 'It's Never Too Late in New York', which has been in several anthologies of erotica.
As a screenwriter George co-wrote 'Strictly Business', which starred Halle Berry, and 'CB4', a vehicle for Chris Rock. His work with Rock led to his involvement with 'The Chris Rock Show', an Emmy award winning HBO late night series. He was an executive producer of Jim McKay's film, 'Everyday People', which premiered at the Sundance festival, and Todd Williams' Peabody award winning documentary 'The N Word'. In 2009 Viking will publish his memoir, 'City Kid', a look at the connections between childhood in Brooklyn and his adult career in Manhattan, Los Angeles and Detroit.
Posted by gpangel at 1:00 AM