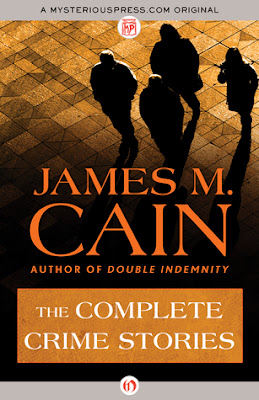 Seventeen gripping tales from one of the toughest authors in the history of crime fictionThey call him Lucky—but he has never had a lucky day in his life. A nineteen-year-old hobo just starting to ride the rails, he is hiding in the coal car when the railroad detective comes through. They get into a scuffle, and Lucky’s hand finds a railroad spike. Before he knows it, he has smashed the investigator’s head and shoved him out of the car. If he hurries, if he’s lucky, he will get back to Los Angeles in time to establish an alibi, burn his clothes, and avoid the electric chair. But as Lucky will discover, the deadliest threat is lurking within his own mind.

“Dead Man” is just one of the outstanding stories included in this volume. The author of some of the most hard-boiled prose ever written, James M. Cain understood fear in all its forms—and knew better than anyone the terror of a killer on the run.

The Complete Crime Stories by James M. Cain
My rating: 4 of 5 stars

Most people equate the name James M. Cain with his famous hardboiled crime novels such as “The Postman Always Rings Twice”. But, Cain also wrote short stories for magazines, as well as screenplays.

This is a collection of seventeen short stories by Cain, none of which I had ever read or even heard of, and I actually considered myself a fan. So, hats off to the publisher for collecting this outstanding group of stories and putting in them into one volume and in digital format.

Now, a brief word about the these stories:

The stories are all pretty short, with a couple of exceptions.  While labeled as crime stories they have a kind of pulp quality to them and many are just dark essays on the underbelly of human nature. While many years have passed since these stories were written, they still pack a punch, and could be shocking to even the most jaded modern reader. No holds barred, no politically correct watered down dialogue or actions and some may even be offended, especially when it comes to the treatment of women in some cases.

However, I did enjoy reading these more obscure works by the author. I couldn't pinpoint a story I would call my favorite in the collection, but the first story - “The Baby in the Icebox” was the perfect lead in and stuck with me. Not all stories were to my liking, but for the most part they are quintessential Cain and one can't help but get caught up in his signature prose.

If you are a fan of this author, or of the hard boiled style of writing, you really do want to pick this one up. Cain's unapologetic style of writing and his insight into humanity's dark side is absolutely riveting, even in small, contained stories like these. So, even if you aren't all that familiar with the author, this is a nice way to familiarize yourself with a true legend of crime fiction. 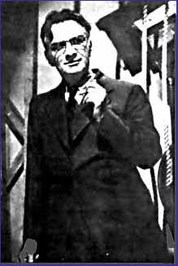 James Mallahan Cain was an American journalist and novelist. Although Cain himself vehemently opposed labelling, he is usually associated with the hardboiled school of American crime fiction and seen as one of the creators of the 'roman noir'.He was born into an Irish Catholic family in Annapolis, Maryland, the son of a prominent educator and an opera singer. He inherited his love for music from his mother, but his high hopes of starting a career as a singer himself were thwarted when she told him that his voice was not good enough. After graduating from Washington College where his father, James W. Cain served as president, in 1910, he began working as a journalist for the Baltimore Sun.He was drafted into the United States Army and spent the final year of World War I in France writing for an Army magazine. On his return to the United States he continued working as a journalist, writing editorials for the 'New York World' and articles for 'American Mercury'. He also served briefly as the managing editor of 'The New Yorker', but later turned to screenplays and finally to fiction.Although Cain spent many years in Hollywood working on screenplays, his name only appears on the credits of three films, 'Algiers', 'Stand Up and Fight', and 'Gypsy Wildcat'.His first novel (he had already published 'Our Government' in 1930), 'The Postman Always Rings Twice' was published in 1934. Two years later the serialized, in 'Liberty Magazine', 'Double Indemnity was published.He made use of his love of music and of the opera in particular in at least three of his novels: 'Serenade' (about an American opera singer who loses his voice and who, after spending part of his life south of the border, re-enters the States illegally with a Mexican prostitute in tow), 'Mildred Pierce' (in which, as part of the subplot, the only daughter of a successful businesswoman trains as an opera singer) and 'Career in C Major', a short semi-comic novel about the unhappy husband of an aspiring opera singer who unexpectedly discovered that he has a better voice than she does.He continued writing up to his death at the age of 85, his last three published works, 'The Baby in the Icebox' (1981), Cloud Nine (1984) and The Enchanted Isle (1985) being published posthumously. However, the many novels he published from the late 1940s onward never quite rivaled his earlier successes.
Posted by gpangel at 1:00 AM