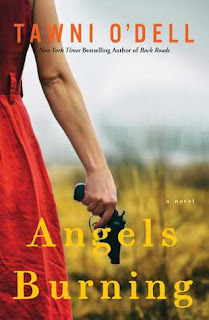 From the New York Times bestselling author of the Oprah Book Club pick Back Roads comes this fast-paced literary thriller about a small town police chief who’s forced to dig into her own shadowy past as she investigates the murder of a teenage girl.

On the surface, Chief Dove Carnahan is a true trailblazer who would do anything to protect the rural Pennsylvanian countryside where she has lived all fifty of her years. Traditional and proud of her blue-collar sensibilities, Dove is loved by her community. But beneath her badge lies a dark and self-destructive streak, fed by a secret she has kept since she was sixteen.

When a girl is beaten to death, her body tossed down a fiery sinkhole in an abandoned coal town, Dove is faced with solving the worst crime of her law enforcement career. She identifies the girl as a daughter of the Truly family, a notoriously irascible dynasty of rednecks and petty criminals.

During her investigation, the man convicted of killing Dove’s mother years earlier is released from prison. Still proclaiming his innocence, he approaches Dove with a startling accusation and a chilling threat that forces her to face the parallels between her own family’s trauma and that of the Trulys.

With countless accolades to her credit, author Tawni O’Dell writes with the “fearless insights” (The New York Times Book Review) she brought to the page in Back Roads and One of Us. In this new, masterfully told psychological thriller, the past and present collide to reveal the extent some will go to escape their fate, and in turn, the crimes committed to push them back to where they began.

Angels Burning by Tawni O'Dell
My rating: 5 of 5 stars

Angel Burning by Tawny O’Dell is a 2016 Gallery Books publication.

I have read at least one other book by this author, and was pretty impressed. I had no idea how this story would be presented, but I was certain it wouldn’t be the usual crime novel. I was not disappointed!

Set in rural Pennsylvania, this story centers around Chief Dove Carnahan, a middle aged woman coping with dark family secrets, a horrific crime, and her unconventional approach to law enforcement.

When a teenage girl is murdered and her body found partially burned, Dove begins looking for her killer alongside Nolan, her on and off lover. To complicate things, the man who spent years of his life in prison for murdering Dove’s mother has been released and is trying to make trouble. If that weren’t enough to stretch someone to the max, Dove’s long lost brother shows up with a pretty bad drinking habit and a nine year old son, Dove didn’t know even existed.

This is an outstanding murder mystery which explores the dark secrets families can harbor, and how easily one can be deceived by what they see on the surface. The story has an unmistakable irony to it, which makes it a potent and engrossing read. I couldn’t bear to put the book down for too long. I kept mulling over the facts in my mind, and found myself worrying about the characters.

The characters are very extraordinary and unlike any I’ve encountered recently. I loved Dove and her style, and because of her age, I could relate to her better. I admired her grit and determination, appreciated her flaws, which some may find just a tad unconventional, and cheered her on as she faced several emotional kicks in the teeth.
But, I couldn’t write a review for this book without mentioning Dove’s nephew, Mason, who makes a grand appearance and then steals the show. He held my heart in his hands.

The only problem I had with the book were a few loose ends hanging, and the very abrupt ending, which left me with a tight stomach and a very bad sense of foreboding, coupled with a healthy dose of denial. Having said that, I am hoping the author has more stories in the works featuring Dove and her family so I can get an update on Mason.

Overall, I really liked this book a lot and highly recommend it. 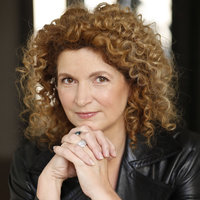 Tawni O'Dell is the New York Times bestselling author of Fragile Beasts, Sister Mine, Coal Run, and Back Roads, which was an Oprah's Book Club pick and a Book-of-the-Month Club Main Selection. Tawni's screen adaptation of Back Roads is currently in development to be made into a film with Adrian Lyne set to direct. Her work has been translated into 15 languages and been published in over 30 countries.

Tawni was born and raised in the coal-mining region of western Pennsylvania, the territory she writes about with such striking authenticity. She graduated from Northwestern University with a degree in journalism and spent many years living in the Chicago area before moving back to Pennsylvania where she now lives with her two children.
Posted by gpangel at 1:00 AM