The Girls in the Picture by Melanie Benjamin- Feature and Review 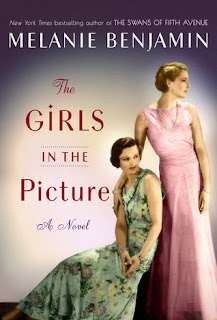 An intimate portrait of the close friendship and powerful creative partnership between two of Hollywood’s earliest female superstars: Frances Marion and Mary Pickford. An enchanting new novel from the New York Times bestselling author of The Swans of Fifth Avenue and The Aviator’s Wife.
Hollywood, 1914. Frances Marion, a young writer desperate for a break, meets “America’s Sweetheart,” Mary Pickford, already making a name for herself both on and off the screen with her golden curls and lively spirit. Together, these two women will take the movie business by storm.
Mary Pickford becomes known as the “Queen of the Movies”—the first actor to have her name on a movie marquee, and the first to become a truly international celebrity. Mary and her husband, Douglas Fairbanks, were America’s first Royal Couple, living in a home more famous that Buckingham Palace. Mary won the first Academy Award for Best Actress in a Talkie and was the first to put her hand and footprints in Grauman’s theater sidewalk. Her annual salary in 1919 was $625,000—at a time when women’s salaries peaked at $10 a week. Frances Marion is widely considered one of the most important female screenwriters of the 20th century, and was the first writer to win multiple Academy Awards. The close personal friendship between the two stars was closely linked to their professional collaboration and success.
This is a novel about power: the power of women during the exhilarating early years of Hollywood, and the power of forgiveness. It’s also about the imbalance of power, then and now, and the sacrifices and compromises women must make in order to succeed. And at its heart, it’s a novel about the power of female friendship.

The Girls in the Picture by Melanie Benjamin
My rating: 5 of 5 stars

The Girls in the Picture by Melanie Benjamin is a 2018 Delacorte Press publication.

I love tales from old Hollywood- the silent pictures, the scandals, the innovations and vision that are felt throughout the industry to this day.

This story zeroes in on the tumultuous friendship between movie star Mary Pickford and screenwriter, Frances Marion.

I loved the way Benjamin gives Frances such real and believable voice as she regales us with the beginning days of ‘flickers’ and the way her friendship with Pickford developed, flourished, was tested, then faded, but through good and bad times, was never broken. 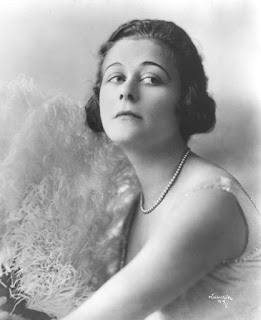 
The portrait of both Pickford and Marion is vivid, as is the way the movie industry got off the ground and how Pickford, Douglas Fairbanks and Charles Chaplin became the first big movie stars. The story captures that exciting atmosphere, but also gives the reader a look at the issues facing women in the industry, which, although this is a piece of historical fiction, makes this a timely topic, all the same. 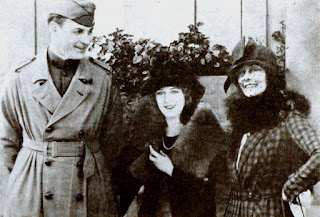 The struggles Marion and Pickford faced helped pave the way for women in the industry, and will sound all too familiar as women continue to grapple with the same power imbalances, harassment, and the pressure to make concessions on the way to success.

Pickford is a sad figure, stereotyped, with her fans refusing to allow her to ever grow up. She’s often shallow, self- absorbed, and jealous, while Marion is the pragmatist, often giving in to whatever Pickford wanted.

This is an interesting approach to Marion and Pickford’s long friendship. Although the pacing is just a tiny bit uneven at times, I think Benjamin pulls it off beautifully.

Naturally, anytime I read a work of fiction, based on real people, it always makes me wonder what was real and what was fiction, and of course I always want to read more on the subject or person. The author provides the reader with a few reading suggestions, so I will certainly want to take her advice to learn more about the silent film era, and look at both Marion and Pickford a little closer. 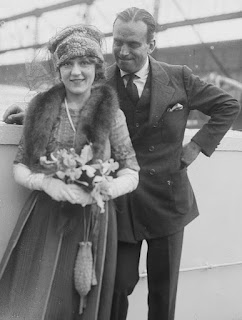 I’ve said this about Melanie Benjamin before, but I think it bears repeating. She certainly does have a knack for writing historical fiction. I’m always impressed with the way she takes well known figures from the past, and gives them a voice that seems so utterly real, I keep having to remind myself that it is a work of fiction.

Overall, this is an interesting, fascinating, and incredibly absorbing look at the silent film era, and two of the most influential ladies of their time. 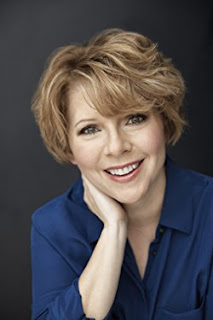 Melanie Benjamin was born in Indianapolis, Indiana. An avid reader all her life--as a child, she was the proud winner, several years running, of the summer reading program at her local library--she still firmly believes that a lifetime of reading is the best education a writer can have.
While attending Indiana University--Purdue University at Indianapolis, Melanie performed in many community theater productions before meeting her husband, moving to the Chicago area and raising two sons. Writing was always beckoning, however, and soon she began writing for local magazines and newspapers before venturing into her first love, fiction.
By combining her passion for history and biography, she has found her niche writing historical fiction, concentrating on the "stories behind the stories." Her most recent novel, THE SWANS OF FIFTH AVENUE, a novel about Truman Capote and his high society Swans, is a New York Times, USA Today and Indiebound best seller, as was her novel about Anne Morrow Lindbergh, THE AVIATOR'S WIFE. Her first novel, ALICE I HAVE BEEN, was a national bestseller; this was followed by the critically acclaimed THE AUTOBIOGRAPHY OF MRS. TOM THUMB. Her next novel, THE GIRLS IN THE PICTURE, a novel about early Hollywood and the creative friendship between Mary Pickford and Frances Marion, will be out in January 2018.
She and her family still live in the Chicago area; when she's not writing, she's gardening, taking long walks, rooting for the Cubs--
And reading, of course.
Posted by gpangel at 1:00 AM