The Last Suppers by Mandy Mikulencak- Feature and Review 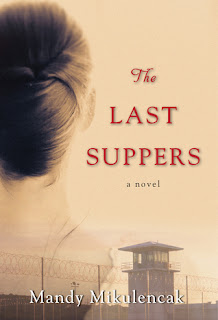 “A gorgeous novel that finds beauty in the most unlikely of places.” —Susan Wiggs, #1 New York Times bestselling authorSet in 1950s Louisiana, Mandy Mikulencak’s beautifully written and emotionally moving novel evokes both The Help and Dead Man Walking with the story of an unforgettable woman whose quest to provide meals for death row prisoners leads her into the secrets of her own past.
Many children have grown up in the shadow of Louisiana’s Greenmount State Penitentiary. Most of them—sons and daughters of corrections officers and staff—left the place as soon as they could. Yet Ginny Polk chose to come back to work as a prison cook. She knows the harsh reality of life within those walls—the cries of men being beaten, the lines of shuffling inmates chained together. Yet she has never seen them as monsters, not even the ones sentenced to execution. That’s why, among her duties, Ginny has taken on a special responsibility: preparing their last meals.
Pot roast or red beans and rice, coconut cake with seven-minute frosting or pork neck stew . . . whatever the men ask for Ginny prepares, even meeting with their heartbroken relatives to get each recipe just right. It’s her way of honoring their humanity, showing some compassion in their final hours. The prison board frowns upon the ritual, as does Roscoe Simms, Greenmount’s Warden. Her daddy’s best friend before he was murdered, Roscoe has always watched out for Ginny, and their friendship has evolved into something deep and unexpected. But when Ginny stumbles upon information about the man executed for killing her father, it leads to a series of dark and painful revelations.
Truth, justice, mercy—none of these are as simple as Ginny once believed. And the most shocking crimes may not be the ones committed out of anger or greed, but the sacrifices we make for love.

The Last Suppers by Mandy Mikulencak
My rating: 5 of 5 stars

The Last Suppers is a 2017 Mandy Mikulencak Kensington publication.

Ginny works at Louisiana’s Greenmount State Penitentiary during the 1950’s as a prison cook. She has started a program for the death row inmates where she offers to cook them anything they desire for their ‘last meal.'

Ginny has a very complicated past which, once it is revealed, will explain her deep devotion to her job, which has wrought complications between her mother, Miriam, and her lover, Roscoe, who just so happens to be the prison warden.

Roscoe and Ginny try to keep their relationship a secret, along with Ginny’s offer to cook for the worst of the worst inmates, but the entire balancing act soon begins to topple over when shocking revelations come to light regarding the death of Ginny’s father, many years ago.

I don’t know what I was expecting from this book, but this certainly wasn’t it. Wow. I confess I’m feeling a bit stunned by this novel.

The story has the potential to reach a broad audience because it is more than just historical fiction. It is also a family drama and a mystery, with a controversial love story, featuring the importance of food -the memories and comfort it can evoke- rounding things out.

The story touches on a myriad of topics, such as racial tensions, defying social norms, the death penalty, and compassion for the families of death row inmates, just to name a few.

Ginny’s psychological need to provide these meals harkens back to a hideous decision her mother made, and the deep impact it has on Ginny in her adult life, including her relationship with Roscoe.

This is a heartbreaking story that juxtapositions the best and worst of humanity, zeroing in on the blurred lines between prisoners and their families, who also suffer the intense pain of losing a loved one and the stigma they live with.

While it may seem that Ginny is offering cold-blooded murderers generosity he certainly does not deserve, I believe in her heart, it was just as much about offering a bit of comfort to the inmates’ family, as well as assuaging her own guilt.

But, at the heart of the story is the role food plays in our lives, under the best and the very worst of times. It’s not so much about feeding the body as it is about feeding the spirit, and offering solace for the soul.

In so many ways this book broke my heart, but it was also inspirational in a way, and shows the flip side the coin, allowing me to view things from an angle I have rarely considered.

Southern fiction is a favorite of mine, as is historical fiction, so these factors added the right atmosphere for such an original and beautifully written book.

As an added bonus, the author added a few of the recipes for the food mentioned in the book, which included some old southern dishes many people have probably never heard of. I make my own Chow Chow, by the way, but the recipe here was much more involved than anything I’ve ever attempted, which I found very interesting.

This story will stick with me for a long time to come. I recommend it to historical fiction fans, but I think it's a story that will resonate with anyone who appreciates good storytelling. 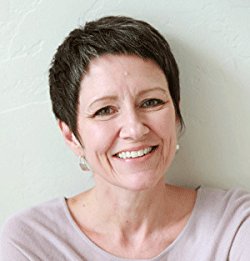 Mandy Mikulencak has been a writer her entire working life. First, as a journalist then as an editor and PR specialist for two national nonprofits and a United Nations agency. Today she lives in the mountains of Southwest Colorado with her husband, Andy. Her first book, Burn Girl, has been honored with a 2016 Westchester Fiction Award. Her next book, The Last Suppers, will be released Dec. 26, 2017, from Kensington Publishing's new hardcover imprint, John Scognamiglio Books. www.mandymikulencak.com
Posted by gpangel at 1:00 AM