The Cuban Affair by Nelson DeMille - Feature and Review 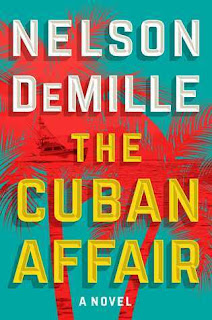 ABOUT THE BOOK:
From the legendary #1 New York Times bestselling author of Plum Island and Night Fall, Nelson DeMille’s blistering new novel features an exciting new character—US Army combat veteran Daniel “Mac” MacCormick, now a charter boat captain, who is about to set sail on his most dangerous cruise.Daniel Graham MacCormick—Mac for short—seems to have a pretty good life. At age thirty-five he’s living in Key West, owner of a forty-two-foot charter fishing boat, The Maine. Mac served five years in the Army as an infantry officer with two tours in Afghanistan. He returned with the Silver Star, two Purple Hearts, scars that don’t tan, and a boat with a big bank loan. Truth be told, Mac’s finances are more than a little shaky.One day, Mac is sitting in the famous Green Parrot Bar in Key West, contemplating his life, and waiting for Carlos, a hotshot Miami lawyer heavily involved with anti-Castro groups. Carlos wants to hire Mac and The Maine for a ten-day fishing tournament to Cuba at the standard rate, but Mac suspects there is more to this and turns it down. The price then goes up to two million dollars, and Mac agrees to hear the deal, and meet Carlos’s clients—a beautiful Cuban-American woman named Sara Ortega, and a mysterious older Cuban exile, Eduardo Valazquez.What Mac learns is that there is sixty million American dollars hidden in Cuba by Sara’s grandfather when he fled Castro’s revolution. With the “Cuban Thaw” underway between Havana and Washington, Carlos, Eduardo, and Sara know it’s only a matter of time before someone finds the stash—by accident or on purpose. And Mac knows if he accepts this job, he’ll walk away rich…or not at all.Brilliantly written, with his signature humor, fascinating authenticity from his research trip to Cuba, and heart-pounding pace, Nelson DeMille is a true master of the genre.

The Cuban Affair by Nelson DeMille
My rating: 4 of 5 stars

The Cuban Affair by Nelson DeMille is a 2017 Simon & Schuster publication.

Daniel MacCormick, formerly of Maine, is a military veteran, now residing in Key West, and is the proud part owner, along with the bank, of a boat he has cleverly dubbed ‘The Maine’. When he is approached about a possible job, he knows immediately this is not an ordinary client out for a fishing expedition or romantic cruise.

Sure enough, Daniel is offered the chance to hit pay dirt, with a multi-million -dollar payday attached. Naturally, there is a catch- a big one.

Daniel will have to take his clients into Cuba in search of a huge stash of cash. His partner in crime is the beautiful Sara Ortega, whose grandfather hid the cash they are out to retrieve, now that there has been a ‘Cuban Thaw’.

Thus, begins the harrowing, but life altering adventure that will end up meaning a lot more than the promise of instant wealth.

I’ve read several DeMille novels over the years, but this one has a slightly different tone to it, but still employs some of the DeMille’s trademark themes. Daniel is a character I was slow to warm up to. I wasn’t quite sure how to take him at first, as he seemed immature one minute and an old soul the next. But, I eventually caught on and soon began to appreciate his internal dialogue, which was often sarcastic, witty and funny and kept the mood from becoming too somber or heavy.

The story takes on a very serious tone, however, once the setup is complete, but I liked the noble cause behind the adventure, which made the mission seem more important and more suspenseful. The story paints a very complex and complicated and eye opening view of Cuba, which is not altogether flattering. Sara and Daniel are constantly tip toeing around potential land mines, as they are monitored very carefully, while they also find themselves coping with the unexpected feelings developing between them.

The story is filled with international intrigue, and adventure, pulling off a caper or heist-like tone, which kept the pace moving along at a brisk pace, and kept me engaged in the story from start to finish.

Overall, this is a quick, suspenseful, and entertaining read. I think I’d enjoy hearing from Daniel MacCormick again someday. 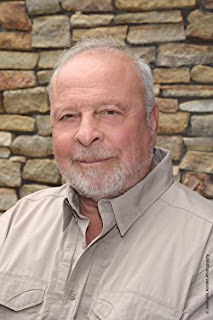 DeMille's first major novel was By the Rivers of Babylon, published in 1978, and is still in print as are all his succeeding novels. He is a member of American Mensa, The Authors Guild, and is past president of the Mystery Writers of America. He is also a member of International Thriller Writers and was chosen as ThrillerMaster of the Year 2015. He holds three honorary doctorates: Doctor of Humane Letters from Hofstra University, Doctor of Literature from Long Island University, and Doctor of Humane Letters from Dowling College.
Posted by gpangel at 1:00 AM