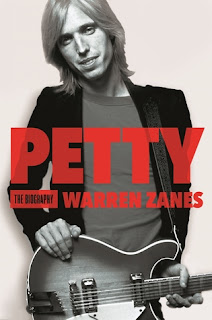 An exhilarating and intimate account of the life of music legend Tom Petty, by an accomplished writer and musician who toured with Petty

No one other than Warren Zanes, rocker and writer and friend, could author a book about Tom Petty that is as honest and evocative of Petty's music and the remarkable rock and roll history he and his band helped to write.
Born in Gainesville, Florida, with more than a little hillbilly in his blood, Tom Petty was a Southern shit kicker, a kid without a whole lot of promise. Rock and roll made it otherwise. From meeting Elvis, to seeing the Beatles on Ed Sullivan, to producing Del Shannon, backing Bob Dylan, putting together a band with George Harrison, Dylan, Roy Orbison, and Jeff Lynne, making records with Johnny Cash, and sending well more than a dozen of his own celebrated recordings high onto the charts, Tom Petty's story has all the drama of a rock and roll epic. Now in his mid-sixties, still making records and still touring, Petty, known for his reclusive style, has shared with Warren Zanes his insights and arguments, his regrets and lasting ambitions, and the details of his life on and off the stage.
This is a book for those who know and love the songs, from "American Girl" and "Refugee" to "Free Fallin'" and "Mary Jane's Last Dance," and for those who want to see the classic rock and roll era embodied in one man's remarkable story. Dark and mysterious, Petty manages to come back, again and again, showing us what the music can do and where it can take us.


TOM AS 'LUCKY' ON KING OF THE HILL

Petty: The Biography by Warren Zanes
My rating: 5 of 5 stars

Petty: The Biography by Warren Zanes is a 2015 Henry Holt and Co. Publication.

Think of me what you will, I’ve got a little space to fill…

I’ve shared with you my love/hate relationship with rock bios. I decided early on not to read this one because Tom Petty was so special to me. I did NOT want to read a botched biography of TP.

I had forgotten about it until recently, when I checked out the new autobiography of Stevie Nicks. This book was on one of those 'also recommended for you' listings, so decided to check out the ratings and read a few reviews of the book. I also did a little research on the author, and decided this one might really be on the up and up.

Yet, I still hesitated. I’ve been a fan of many rock groups over the years, gone through trends like most other people, but one constant, since high school, was Tom Petty. The older I got, the more we connected and the more I appreciated his style. Often his anger, his angst, and his humor matched my own.

Tom and I had some long conversations lasting deep into the night sometimes. His music resonated with me in a way no other band has ever been able to. As my kids grew older, they too became big fans, if that tells you anything, and I am so pleased we were able to take them to see Tom Petty and the Heartbreakers back in 2005.

But, as I was reeling from the horrifying mass shooting in Vegas, Tom went into cardiac arrest and never regained consciousness. In a year when I’ve suffered from one of the deepest, darkest depressions I’ve ever experienced, losing my best rock and roll buddy, left me feeling utterly bereft. I really took it hard. I couldn't even listen to his music there for a while.

So, I wasn’t sure if I was ready for this intimate look at his life. The loss is still too raw. But, on second thought, I felt that maybe it would be cathartic.

I think reading this book now, as opposed to reading it while he was still alive, made it a more poignant journey, but ultimately, I’m glad I tucked away my misgivings. This might be the most honest, in depth, and realistic look at a rock artist that I’ve read. Warren was a friend of Tom’s and Tom was involved in the writing of this book to some degree, so I’m comfortable with the authenticity of the shared information. 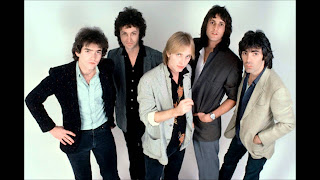 While this book follows the logical chronological format, beginning with the family tree, Tom’s upbringing, musical beginnings, and so on until he became a full-fledged rock star, working with the likes of Bob Dylan and George Harrison.


But, it’s also a very in depth and personal look at the man behind the rock star persona. It’s raw, pulls no punches, exposes insecurities, flaws, and demons. His private life and professional life was separate, but not equal. He was often under intense pressures, no one, not even those who were close to him, could have guessed at, and it took its toll.

Sometimes he fell into the stereotypical traps of stardom, sometimes he rebelled hard against the system. But, in the end, he was his own man, foibles and all.

I think he found a balance in the latter years of his life, in his second marriage, which seemed to stabilize him after years of internal hardships.

His music was always solid rock and roll, whether it was with the Heartbreakers or The Wilburys, or in his solo material. He had moments of deep reflections, of acidic criticisms, and angsty heartbreak, but he often showed a light, humorous side, too. His songwriting skills were incredible, his insights invaluable.

Most rock bios, the authorized or not, have a really hard time capturing that all too elusive glimpse into the kind person the subject really is. They can relate the various ups and downs, achievements and disappointments, and spell out the nature of all the relationships they’ve had, professional and personal, but rarely do I feel as though I could see through all the smoke and mirrors, behind the barrier and security measures. In this case, I think I did see into Tom’s soul to some extent. He was much more complicated and complex than I would have thought, and struggled with issues I wouldn’t have associated with him, but he also worked to deal with his problems, and I respected his ability to admit his shortcomings.

TOM WITH THE TRAVELING WILBURYS: 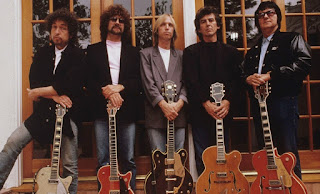 Tom was a rock star in every sense of the word, and he took full advantage of that privilege, he occasionally exhibited a great deal of moodiness, triteness, arrogance, and entitled outbursts, but, he had principles, and a depth to him, you rarely see from someone in that business, especially after all those years, when he could have become a hardened, jaded, jerk. In fact, I think he was moving towards a good place, where he beginning to win the battle over the demons that plagued him. I do want to believe that, and I hope that was the case.


There have been some casual fans or those who just didn’t listen to Tom Petty’s music, but I’ve never heard anyone say they didn’t like him. He was the coolest rock star ever. I still can’t believe he’s gone. He was only 66, with so much left to give. But, his talent and music will always have a very special place in my heart-

And Tom if you are watching- I promise- 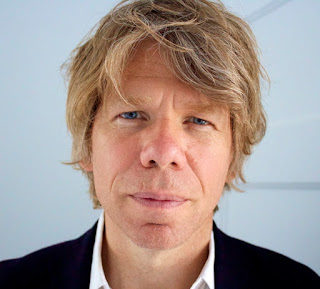 Zanes holds a PhD in visual and cultural studies from the University of Rochester. He was a member of the Del Fuegos and is set to release his fourth solo recording. He has worked on films including Twenty Feet from Stardom and Martin Scorsese's George Harrison: Living in the Material World and his writing has appeared in The Oxford American, Rolling Stone, and the Los Angeles Times. Zanes served as a V.P. at the Rock and Roll Hall of Fame and Museum and is currently the Executive Director of Steven Van Zandt's Rock and Roll Forever Foundation. As a professor, Zanes has taught at the University of Rochester, Case Western Reserve University, the School of Visual Arts, and New York University.