FLASHBACK FRIDAY- In the Woods by Tana French- Feature and Review 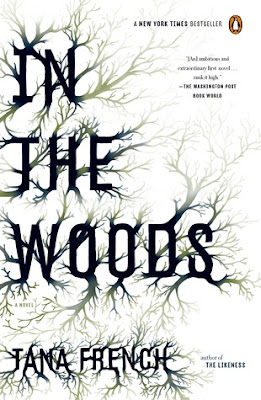 A gorgeously written novel that marks the debut of an astonishing new voice in psychological suspense.
As dusk approaches a small Dublin suburb in the summer of 1984, mothers begin to call their children home. But on this warm evening, three children do not return from the dark and silent woods. When the police arrive, they find only one of the children. He is gripping a tree trunk in terror, wearing blood-filled sneakers and unable to recall a single detail of the previous hours.
Twenty years later, the found boy, Rob Ryan, is a detective on the Dublin Murder Squad and keeps his past a secret. But when a 12-year-old girl is found murdered in the same woods, he and Detective Cassie Maddox (his partner and closest friend) find themselves investigating a case chillingly similar to the previous unsolved mystery. Now, with only snippets of long-buried memories to guide him, Ryan has the chance to uncover both the mystery of the case before him and that of his own shadowy past.

In the Woods by Tana French
My rating: 5 of 5 stars

Wow! What a story. I don't know where to start. This a very good mystery and police procedural, with deeply drawn characters, who are very human, very real- so much so, the story felt real.

While I had heard good things about this book, I was not prepared to be this blown away by it. The writing is exceptional, drawing so deeply into the story, I didn't want to put the down, not even for a bathroom break.

Cassie Maddox, and her partner Rob Ryan, investigate the murder of a twelve year old girl. The murder takes Rob back to his own childhood, where he himself was involved in an unresolved mystery .

Rob and Cassie hit it off quickly and become very close friends. But, this case takes a heavy toll on their personal and professional relationship.

The novel is one part police procedural and one part " whodunit ", with a few laugh out loud moments tossed in to lighten the mood.  I found Rob's dry wit enjoyable, and he is a fine first person storyteller.

The story is very sad and not every loose end was tied up, just like in real life. We don't usually get to find out everything we would like to, as there is always a piece of the puzzle that defies explanation or remains elusive.  Justice isn't always served the way it should be and people make mistakes, so be prepared for a realistic conclusion.

I'm extremely impressed with the literary style of this novel and am really looking forward to subsequent installments of this very promising series! 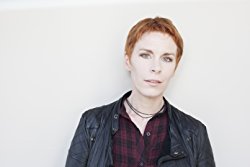 Tana French is the author of In the Woods, The Likeness, Faithful Place, Broken Harbor, The Secret Place, and The Trespasser. Her books have won awards including the Edgar, Anthony, Macavity, and Barry awards, the Los Angeles Times Award for Best Mystery/Thriller, and the Irish Book Award for Crime Fiction. She lives in Dublin with her family.
Posted by gpangel at 1:00 AM