Finding Grace: Captured by a Cult by Warren Adler - Feature and Review 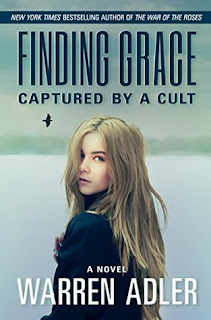 The chilling new drama from Warren Adler, the bestselling author of The War of the Roses, gets to the heart of brainwashing and its power to corrupt and control.
A father. A mother. A daughter. A cult.
When their twenty-three-year-old daughter goes missing, divorcees Harry and Paulie are forced to leave behind their newly constructed lives to track Grace down. But Grace isn’t lost, not physically at least. They find her seemingly unharmed in California on a sunny farm the other residents call “Camp Star.” But nothing is as it seems…
Sinister motives lurk behind the smiles of those at the camp and the two soon learn that Grace is in the clutches of a notorious cult. Under the spell of mind control, she denies Harry and Paulie as her family and shuns their love, leaving them to search for answers in the most desperate of places.
Scrambling to piece together their shattered lives, Harry and Paulie race against the clock to bring Grace back home – but will she ever be able to return? How do you help someone who doesn’t know they’re lost?

Finding Grace: Captured by a Cult by Warren Adler
My rating: 4 of 5 stars

Finding Grace by Warren Adler is a 2017 publication.

Do you believe strange religious cults are a thing of the past? Think again…

Grace, a beautiful, young political intern, has joined an odd cult and is completely under their spell. The cult’s goal is to take over the world, starting with America. They are totally right-wing, fascist types, but spout all the usual cult rhetoric and use commonly known methods of brainwashing and persuasion to entice and hold their followers.

Henry and Paulie divorced when Grace was a child, both remarried, but Henry is separated from his wife, while Pauley is rather content in her second marriage, despite it lacking the passion she shared with Henry. Although the couple have been divorced for fifteen years, they swiftly discover the bond they once shared, the bond that still binds them through their daughter, is still quite strong.

As Henry and Paulie work to free their daughter, they rediscover the passion and love that brought them together in the first place and must face a plethora of complications as their lives turn on a dime.

This book is set back in the late eighties or early nineties, so you’ll want to keep that in mind. There are phone booths, and landlines and the mention of Pan Am, so it obviously takes place a few decades ago, and is NOT a current day scenario.

Still, by that time, cults were beginning to lose ground, disperse, and no longer showed up regularly in the news. But, as we know, they didn’t go away entirely.

Paulie and Henry were blindsided by the revelation their smart, seemingly well-adjusted daughter fell prey to such manipulations. Their work to free her becomes an obsession, as they both reflect on their past life together, how or if they had unwittingly let their daughter down, blaming themselves for their self- absorptions, and remembering the intense feelings they once shared.


It may seem like an odd time to publish a book with this particular theme, since we seldom think of cults like the one described here in modern times. But, the topic did make me wonder about that, so I did a quick internet search and was shocked to discover how many cults are still quite active, and boasts incredibly large numbers of followers. Spooky.

But, the story also offered a couple of chilling remarks that reminded me of what uncharacteristic, complete and total loyalty can mean. So, from that angle, it seems like a bit of a cautionary tale, a warning that it still might not be safe to go back into the water, so don’t let your guard down.

Yet, after having said all that, the story doesn’t appear to be about Grace, per . We only get a very tiny glimpse of the type of person she was prior to her cult conversion. Once she was immersed in that setting, she became almost a parody of the typical, brainwashed cult member. Her role in the story seems to serve more as a catalyst from which Henry and Paulie are forced to pull the focus off of themselves and onto a common goal, leading to an in -depth examination of their relationship, both past and present, and what that might mean for their future. In a weird way, it’s almost like a very quirky love story- a second chance at love trope, told within a very strange context.

All in all, this is a very offbeat story, strangely absorbing, fast paced, and easily read in one sitting. It lingered around in my mind for a while, as I puzzled over and searched for some missed hidden message or allegory, but I never could come up with anything solid on that front.

It’s an interesting read, perhaps a little shallow in places, predictable in others, but sinister and thought provoking all the same. 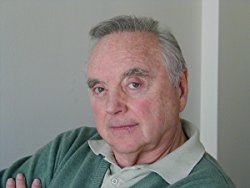 Warren Adler is best known for The War of Roses, his masterpiece fictionalization of a macabre divorce turn into the Golden Globe and BAFTA nominated dark comedy hit starring Michael Douglas. Kathleen Turner and Danny DeVito. In addition to the success of the stage adaptation of his iconic novel on the perils of divorce. Adler has  and sold film rights to more than a dozen of his novels and short stories to Hollywood and major television networks. Random Hearts starring Harrison Ford and Kristen Scott Thomas), The Sunset Gang (starring Ben Stiller, Uta Hagen, Harold Gould and Doris Roberts), Private Lies, Funny Boys, Madeline's Miricles, Trans-Siberian Express and his Fitzgerald Mystery series are only a few titles that have forever left Adler's mark on contemporary American authorship from stage to screen. Learn more at: www.warrenadler.com