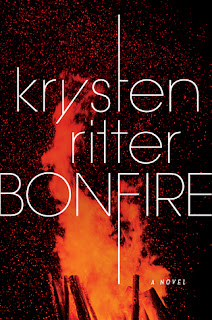 Should you ever go back?It has been ten years since Abby Williams left home and scrubbed away all visible evidence of her small town roots. Now working as an environmental lawyer in Chicago, she has a thriving career, a modern apartment, and her pick of meaningless one-night stands.
But when a new case takes her back home to Barrens, Indiana, the life Abby painstakingly created begins to crack. Tasked with investigating Optimal Plastics, the town's most high-profile company and economic heart, Abby begins to find strange connections to Barrens’ biggest scandal from more than a decade ago involving the popular Kaycee Mitchell and her closest friends—just before Kaycee disappeared for good.
Abby knows the key to solving any case lies in the weak spots, the unanswered questions. But as Abby tries to find out what really happened to Kaycee, she unearths an even more disturbing secret—a ritual called “The Game,” which will threaten the reputations, and lives, of the community and risk exposing a darkness that may consume her.
With tantalizing twists, slow-burning suspense, and a remote, rural town of just five claustrophobic miles, Bonfire is a dark exploration of the question: can you ever outrun your past?

Bonfire by Krysten Ritter
My rating: 4 of 5 stars

Bonfire by Krysten Ritter is a 2017 Crown Archetype publication.

When environmental lawyer, Abby Williams returns to her hometown in Indiana to investigate illnesses which could be connected to the town’s life force and largest employer, Optimal Plastics, she immediately, regrets coming back.

She soon learns her estranged father is quite ill, and she is flooded with childhood memories of her best friend, a girl named Kaycee, who may or may not have been exhibiting signs of illness, who has simply vanished into thin air, leaving Abby haunted and hollow, even after all these years.

She also experiences a strong wall of resistance from the town’s residents, who are afraid she will uncover something about Optimal that will affect their livelihoods.

But, Abby is determined to learn the truth behind Kaycee’s disappearance, and the possible cover up by Optimal, as well as a connection between a scholarship program the plant offers, catering to female applicants only.

Yet the deeper Abby digs, the more convinced she is that something very sinister is going on, but her work is heavily compromised by the spike in her alcohol consumption and her erratic behavior, which could get her kicked off the case.

Bonfire is a dark, moody, edgy novel of suspense, very engrossing, and convincing. The atmosphere is very heavy and thick, the foreboding palpable. A town willing to do almost anything, including sweeping evidence of scandal under the carpet, to save Optimal Plastic, sets up a tense and ugly tug of war for Abby, who is also being courted by a crowd of people that shunned her back in high school, while also receiving a few veiled threats.

Abby quickly becomes obsessed with Kaycee, believing she holds the key to unlocking the secrets the town is so desperate to protect.

Abby’s narration is what makes the story work, in my opinion. She’s cynical, yet harbors the scars of high school cruelty, which makes her susceptible to certain unrealized yearning that affects her decision making skills.

Although fragile emotionally, Abby is tenacious in her single minded pursuit. The story has a taut sense of urgency, which propels the reader forward, unable to look away as Abby’s well -orchestrated professional life begins to circle the drain, along with her sanity.

Ritter did a fine job creating sympathetic characters, with a slow, but enticing plot, that reveals small town cover-ups and scandals wrapped around a timely subject, shining a spotlight on corporate power and greed, which really resonated with me. I got sucked into this story right away, finding it very hard a put down.

I am not a television fan, but my husband and I binged watched, ‘Breaking Bad’ a while back and loved it. But, I still did not connect Ritter to her acting credentials until I started writing this review.

Wow. I have to say I am impressed with this debut novel! This is a very solid crime novel and I hope it is not just a one off for the author. She has potential here and I hope she will capitalize on it fully. 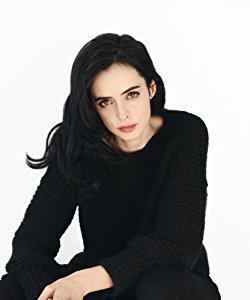 Krysten Ritter is well known for her starring roles in the award winning Netflix original series, Marvel's Jessica Jones, and cult favorite, Don't Trust the B---- in Apartment 23, as well as her pivotal role on AMC’s Breaking Bad. Krysten’s work on film includes Big Eyes, Listen Up Philip, Life Happens, Confessions of a Shopaholic and She’s Out of My League. She is the founder of Silent Machine, a production company which aims to highlight complex female protagonists. Ritter and her dog Mikey split their time between New York and Los Angeles.