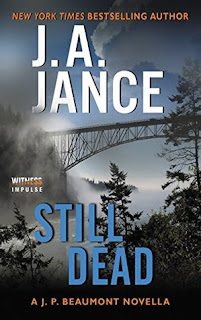 Since the disbanding of the Special Homicide Investigation Team, J. P. Beaumont’s biggest concern is pondering whether he and his wife Mel should finally get a dog. But one voicemail from his old friend Ralph Ames is about to change that. Through Ralph, Beau has become involved in an organization called The Last Chance, which enlists a number of retired homicide investigators to tackle long-unsolved cold cases. The one that has just landed on Beau’s plate is a thirty-year-old missing persons case.

The facts are muddy at best; Janice Marie Harrison’s car was found abandoned near a bridge, and scratched in the dirt nearby was the word “sorry.” It’s possible her death was a suicide, but her body was never found. And as Beau begins to investigate, he discovers that no one connected to Janice—not her once-all-star football player widower, Anders; not her long-grieving sister, Estelle; not sheriff Gavin Loper, who was at the time of Janice’s disappearance; and not Anders’s second wife Betsy—is exactly what they seem. The question is, which of them knows the truth?

And why have they kept it buried?

Still Dead by J.A. is a 2017 Witness Impulse publication.


This short story reacquainted me with Beaumont after what has seemed like a lengthy absence, and whetted my appetite for more.

The case Beaumont is currently working on, with the ‘Last Chance’ organization, is a thirty -year old cold case involving the odd disappearance of Janice Marie Harrison. Her death is chalked up as probable suicide, but her sister is convinced Janice was murdered.

Initially, the case hit a dead end, but suddenly it’s blazing hot. Did Janice disappear on purpose, commit suicide or was she murdered?

Beaumont begins trying to piece together what happened to Janice thirty long years ago, and unearths a shocking and diabolical scheme. Will Janice’s family finally get the truth about what really happened to Janice?

I love Beaumont! I really do enjoy all of Jance’s series, but Beaumont and all his various trials and tribulations have endeared him to me, most of all.

So, anytime I have a chance to touch base with him, I grab it. This is a very short story, but Jance still manages to add details and emotion. I love cold cases, too, so I’m enjoying the direction this series is taking, and I love it when victims and their families get long overdue justice. Of course, it doesn’t bring the victim back, they are ‘still dead’ as Beaumont stoically points out, but the families are freed from the limbo they live in when they are robbed of answers.

Overall, despite time constraints necessitating a hurried pacing, which of course means compromising the usual building up of suspense- it is still a satisfying read, one that fans of this series will want to add to their collections. If you are new to this series or would like to sample a small taste of it, this novella would be a perfect place to start. You even get a very brief look at Beaumont’s past, so you won’t feel lost. This small nibble, though, might make you want to read a few of the older books in the series, so you can better appreciate this terrific character, and you definitely want to read all the upcoming installments.

I hope the next time I catch up with Beaumont, he is discovering the joys of pet ownership!! 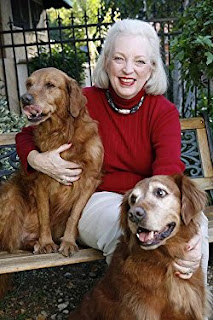 J.A. Jance is the top 10 New York Times bestselling author of the Joanna Brady series; the J. P. Beaumont series; three interrelated thrillers featuring the Walker family; and Edge of Evil, the first in a series featuring Ali Reynolds. Born in South Dakota and brought up in Bisbee, Arizona, Jance lives with her husband in Seattle, Washington, and Tucson, Arizona.
Posted by gpangel at 12:00 AM