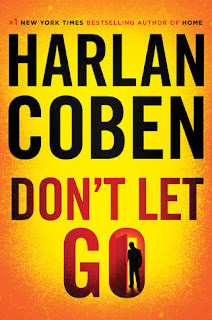 With unmatched suspense and emotional insight, Harlan Coben explores the big secrets and little lies that can destroy a relationship, a family, and even a town in this powerful new thriller.
Jersey Detective Napoleon “Nap” Dumas hasn't been the same since senior year of high school, when his twin brother Leo and Leo’s girlfriend Diana were found dead on the railroad tracks—and Maura, the girl Nap considered the love of his life, broke up with him and disappeared without explanation. For fifteen years, Nap has been searching, both for Maura and for the real reason behind his brother's death. And now, it looks as though he may finally find what he's been looking for.
When Maura's fingerprints turn up in the rental car of a suspected murderer, Nap embarks on a quest for answers that only leads to more questions—about the woman he loved, about the childhood friends he thought he knew, about the abandoned military base near where he grew up, and mostly about Leo and Diana—whose deaths are darker and far more sinister than Nap ever dared imagine.

Don't Let Go by Harlan Coben
My rating: 5 of 5 stars

Don’t Let Go by Harlan Coben is a 2017 Dutton publication.

An ingenious, potent, and disturbing thriller-

Napoleon ‘Nap’ Dumas’ was enjoying an active senior year in high school, where both he and his twin brother, Leo, were involved in serious romantic relationships, and were busy with extracurricular activities- Leo, with his conspiracy club, and Nap with his hockey team. But, Nap’s world stops on a dime, when Leo and his girlfriend, Diana, are found dead on the railroad tracks, and Nap’s girlfriend, Maura, suddenly leaves town, leaving no traces of her whereabouts for the next fifteen years.

Nap, who went on to become a cop, is still haunted by Maura’s sudden departure and has grieved every single day for his twin brother.

But, when a fellow officer is killed, Leo recognizes him as one of Leo’s buddies from the ‘The Conspiracy Club’, back in high school. But the real kicker is that Maura was with him when he was gunned down, but managed to escape.

This event seems to set off a domino effect, when another member of the ‘The Conspiracy Club’ disappears, and yet another goes completely off grid.

Nap begins to believe Leo and Diana did not die in a senseless drug and alcohol fueled accident, or a suicide pact. Determined to discover the truth about his brother’s death, Nap starts to look into why ‘The Conspiracy Club’ was so interested in an abandoned Nike Missile site. Is there a connection? After all these years, why has Maura suddenly reappeared and why are members of the conspiracy club being murdered?

At this point, I could just say- It’s Harlan Coben. Read it. You’ll like it, I promise.

I think you will really like Nap. He is unconventional, has a tendency of taking the law into his own hands, has no qualms about breaking the rules from time to time, but is still a straight up guy, who feels things very deeply, and is loyal to a fault.

If you like conspiracy theories, (and who doesn’t like a good conspiracy theory), there’s a really good one woven into the plot, plus it’s quasi- factual. This story also has a cold case element to it, as well, which happens to be one of my favorite crime tropes.

Naturally, it wouldn’t be HC novel without a couple of steep inclines, breath sucking free falls, a few dangerous hairpin curves, and maybe add in one or two gut punching revelations, for kicks and giggles.

The story is very absorbing, the characters are unique and surprising, and while I say this after nearly every Coben novel- the conclusion of this book is a real stunner. I sat staring into space for about five minutes after I finished the last chapter. Seriously, it was so shocking, it had a numbing effect.

So, back to where we started- It’s Harlan Coben. Read it. You’ll like it, I promise! 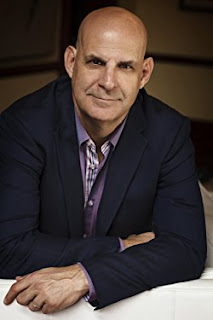 With over 70 million books in print worldwide, Harlan Coben is the internationally bestselling author of more than twenty-five novels, including the #1 New York Times bestsellers Fool Me Once, The Stranger, Missing You, Six Years, Stay Close, Live Wire, Caught, Long Lost, and Hold Tight, as well as the Myron Bolitar series and a series aimed at young adults featuring Myron’s nephew, Mickey Bolitar. His books are published in 43 languages around the globe and have been number one bestsellers in over a dozen countries.
Posted by gpangel at 1:00 AM