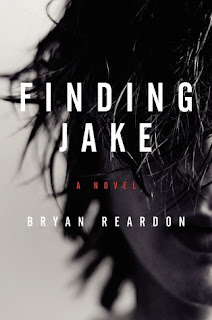 A heart-wrenching yet ultimately uplifting story of psychological suspense in which a parent is forced to confront what he does—and does not—know about his teenage son, in the vein of Reconstructing Amelia, Defending Jacob, and We Need to Talk about Kevin.
While his successful wife goes off to her law office each day, Simon Connolly takes care of their kids, Jake and Laney. Now that they are in high school, the angst-ridden father should feel more relaxed, but he doesn't. He’s seen the statistics, read the headlines. And now, his darkest fear is coming true. There has been a shooting at school.
Simon races to the rendezvous point, where he’s forced to wait. Do they know who did it? How many victims were there? Why did this happen? One by one, parents are led out of the room to reunite with their children. Their numbers dwindle, until Simon is alone.
As his worst nightmare unfolds, and Jake is the only child missing, Simon begins to obsess over the past, searching for answers, for hope, for the memory of the boy he raised, for mistakes he must have made, for the reason everything came to this. Where is Jake? What happened in those final moments? Is it possible he doesn’t really know his son? Or he knows him better than he thought?
Brilliantly paced, Finding Jake explores these questions in a tense and emotionally wrenching narrative. Harrowing and heartbreaking, healing and , Finding Jakeis a story of faith and conviction, strength, courage, and love that will leave readers questioning their own lives, and those they think they know.

Finding Jake by Bryan Reardon
My rating: 5 of 5 stars

Finding Jake by Bryan Reardon is a 2015 William Morrow publication.

“You need to be more outgoing.

“You need to be more of team player.”

“You should get out more.”

Promoted as a book written in the vein of “We Need to Talk about Kevin” and “Defending Jacob”, I will lay you odds, that most people picked this book up believing the sole focus of the novel is about the gut-wrenching possibility a couple, that their child could be involved in a mass shooting. Yes, that is what this book is about, and it’s disturbing on so many levels, as well as a scathing look at American society as we know it today. But, there are a few underlying messages this story, too.

School shootings have become a paralyzing fear for parents in the times we live in. In such cases, we immediately cast stones at the shooter’s family, blaming them for not seeing it coming, for not doing something to prevent it. How could they not know?

This is a theme that runs throughout this book, with people hurting on a level I can’t begin to absorb, trying to deal with the emotional trauma associated with the unthinkable loss of a child.

To lose a child is almost more than one could bear, but to lose them in such a horrifying way, would rip you apart heart and soul, but what if your child was a suspect? Can you even begin to imagine such a scenario?

The reader follows the first person narrative of Simon Connolly, a stay at home dad, as he faces, not only a parent’s worst nightmare, but one in which his beloved son, Jake, is possibly involved in a mass shooting at his school.

As his shocked mind attempts to digest the situation, he and his wife, Rachel, and daughter, Laney, must deal with the utter agony of not knowing where their son is, if he is injured, running scared, or dead, not to mention trying to cope with the accusations thrown at him.

As events unfold in the three- day period of time after the shooting, Simon begins to reflect back on his parenting skills, Jake’s quiet personality, parent-teacher conferences, the struggles of being a stay at home dad, before it was an accepted practice, and the divide his marriage was suffering from. He doubts every move he has made as a dad, what he should have done or shouldn’t have done. He is consumed by so much fear, and worry, he begins to lose faith, with so many seeds of doubt being planted about his son.

Everything about Simon and Rachel was so spot on, they could have been any couple in America, but they were also a couple who went against the grain. They did not always conform to the parenting rules set by others in their neighborhood or by teachers at the school their children attended, plus Simon was a stay at home dad, Rachel the breadwinner, with a high stress occupation that demanded a lot of her time.

The author did an incredible job of showing the judgment passed on Simon by other men, how hard he was his own self, how he coped with watching his wife live a life so separate from his that resentment formed deep within his heart, and he was often unfair to her.

I approved of the author’s depiction of ‘role reversal’, showing that raising decent human beings is hard work no matter who is home with the kids and the stress of a job is the same for women as it is for the guys. While being a stay at home parent is a luxury many would love to afford, it also has its challenges and is much harder than you know.

But, since Simon was the most hands on parent, his self- recriminations show the difficulties of having a child that is not like all the other children in temperament, as he chides himself, second guesses everything and places entirely too much blame on himself.

By contrast, Rachel deals with a different level of stress and is perhaps a little tougher, but would trade places with Simon in a heartbeat.

They may not have been perfect, but they were a couple many will find themselves relating to.


But, the underlying theme that many may not pick up on, at least not right way, is that being an introvert does not make one a criminal, insane, weird, untrustworthy, or stuck-up. Because Jake was quiet, didn’t engage with his classmates in the way our society expects, he was immediately a suspect. Because he tried to be fair to everyone, even those who were hard to like, even when they made him uncomfortable, he didn’t follow the crowd in making fun, or bullying, he was thus deemed guilty by association.

“Our culture made a virtue of living only as extroverts. We discouraged the inner journey, the quest for a center. So we lost our center and have to find it again.” ~Anais Nin


This novel paints a fairly accurate view of American society. Follow along with the crowd, and you will not be suspected of a heinous crime. Join the play-date club, rub elbows with the right people, be outgoing, gregarious, loud, talk all the time, constantly surrounded by people, always attend social gatherings, look just like everyone else, talk like everyone else, do the same things everyone else does, because if you don’t, you may find yourself labeled as being weird or antisocial.


While the book is most assuredly a psychological thriller with the suspense becoming almost unbearable,  and so I could barely breath at times, it is also a cautionary tale, one that highlights our hypocrisy, that points a finger at society, and gives the introverted soul a slap on the back, and the permission to give society the cold shoulder without being punished for it.

Simon and Rachel also give us something to think hard about, because how often do we take life’s dull routines for granted, allow the small things to come between us, forget to count our blessings, or just live in the moment?

Simon may beat himself up forevermore, always worry endlessly, but despite their foibles and flaws, this family has so very much to be proud of, while setting such an outstanding example for us all.

It’s okay for you to view this book solely as a work of suspense, or as a thriller, because it is that, and if you understand why the book’s conclusion is considered inspirational, then that is all I could hope for.

But for some who are extreme introverts like me…

This book touched me on many levels and while I am not usually a weeper, I cried the ugly cry, as I felt so connected to this struggling family, and saw a strength in them, they never knew they had, which gives me hope, though the lesson here is so very hard.

But, I for one came away with a feeling of vindication so profound I can’t thank this author enough for not only having the courage to write about such a difficult topic, but to also take a stand and fight for all the Jake’s in this world, and hopefully, his message was heard loud and clear.


“Everyone shines, given the right lighting.” ~Susan Cain

Finding Jake is close to my heart. I've spent the last decade working from home while caring for my kids. I worry about them every day. Much of that angst fueled the writing of this book. Maybe the angst I feel waiting for the book to be released will fuel the next one.
Posted by gpangel at 1:00 AM