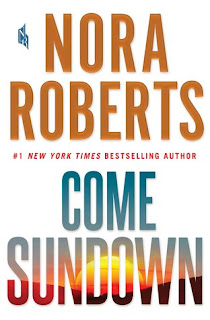 A saga of love, family ties, and twisted passions the #1 New York Times bestselling author of The Obsession…
The Bodine ranch and resort in western Montana is a family business, an idyllic spot for vacationers. A little over thirty thousand acres and home to four generations, it’s kept running by Bodine Longbow with the help of a large staff, including new hire Callen Skinner. There was another member of the family once: Bodine’s aunt, Alice, who ran off before Bodine was born. She never returned, and the Longbows don’t talk about her much. The younger ones, who never met her, quietly presume she’s dead. But she isn’t. She is not far away, part of a new family, one she never chose—and her mind has been shattered…
When a bartender leaves the resort late one night, and Bo and Cal discover her battered body in the snow, it’s the first sign that danger lurks in the mountains that surround them. The police suspect Cal, but Bo finds herself trusting him—and turning to him as another woman is murdered and the Longbows are stunned by Alice’s sudden reappearance. The twisted story she has to tell about the past—and the threat that follows in her wake—will test the bonds of this strong family, and thrust Bodine into a darkness she could never have imagined.

I haven’t read a book written by Nora Roberts in several years. When this one cropped up on my radar, due to some pretty heavy marketing, I stopped to check out the synopsis and realized it was a romantic suspense novel, and it was not a part of a series, so I added it to the TBR pile.

For some reason, I have struggled with this review. I wrote down some thoughts, then scrapped them, at least three times.

I dawdled so long the book was automatically returned to the library, along with all the notes I’d saved. GRRR.

But, the long and short of it is this - the book would have been amazing if it had been written as a straight up thriller.

However, my attention was divided between two different threads for most of the book. One thread involved the long- ago disappearance of Bodine Longbow’s, Aunt Alice, and the current day murders of two women.

The second thread spotlights the challenges of Bo’s job as the manager of the family’s Montana resort, and the arrival of her brother’s best friend, Cal Striker. Bo and Cal would like to see where their attraction to one another might lead, but there are a few heavy complications they must resolve first.

To make matters more precarious, Cal’s return happened to coincide with the recent murders, which puts him on the hot seat.

The romantic elements, to be honest, felt forced. Bo’s ‘sex doesn’t have to be complicated’ act sucked all the passion out of the equation for me, as well as her pragmatism in other areas of her life. She was a little bland to me, despite her quick retorts and comebacks.

I just didn’t feel as though the couple had a real bond other than being hot for each other physically, and the only reason they jumped through all the hoops, was so they could hook up without ruffling anyone’s feathers. As a result, the angst was too low key and the last- minute attachment of the HEA, fell flat.

However, the suspense elements were outstanding! In fact, I wondered if Roberts’ alter-ego, J.D. Robb, had begun to completely take over her personality, because this novel was so much darker than her usual fare, becoming downright gritty, as a matter of fact. The atmosphere was so tense and the situation so dire, it made me squirm a little, and I’m a veteran reader of the most dark and twisted thrillers out there.

Then there is the story of Aunt Alice, which deals with the familial bonds and resentments that have festered so long, finally coming to a head, and the resulting fallout.

The drama is absorbing and heartbreaking, but ultimately inspiring. It is also multi-generational, which gave the story more depth, with the added appeal of a family saga, which I am always a sucker for.

Despite as the queen of romance, she can write a thriller right up there with the best of them, if she so desired. This set up, though, was a little rough around the edges.

Romantic suspense can be a tricky blend, but this approach, while original, seemed to keep the two threads separated, so that they didn’t feel like they belonged in the same book together, until the final few chapters, that is, where everything does wrap up nicely, I must admit.

Overall, Alice’s story is very, very good, as is the murder mystery, which kept me guessing until the bitter end. So, even though the romance was a dud, in my opinion, I still recommend this one to fans of RS or to those who enjoy tense, edgy thrillers. 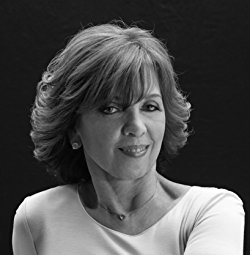 Nora Roberts is the #1 New York Times bestselling author of more than 200 novels, including The Liar, The Collector, Whiskey Beach, The Witness, and many more. She is also the author of the bestselling In Death series written under the pen name J. D. Robb. There are more than 500 million copies of her books in print.
Posted by gpangel at 1:00 AM