The Long Drop by Denise Mina- Feature and Review 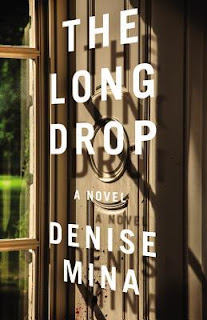 A standalone psychological thriller from the acclaimed author of the Alex Morrow novels that exposes the dark hearts of the guiltyand the innocent.

The "trial of the century" in 1950's Glasgow is over. Peter Manuel has been found guilty of a string of murders and is waiting to die by hanging. But every good crime story has a beginning. Manuel's starts with the murder of William Watt's family. Looking no further that Watt himself, the police are convinced he's guilty. Desperate to clear his name, Watt turns to Manuel, a career criminal who claims to have information that will finger the real killer. As Watt seeks justice with the cagey Manuel's help, everyone the pair meets has blood on their hands as they sell their version of the truth. The Long Drop is an explosive novel about guilt, innocence and the power of a good story to hide the difference.

The Long Drop by Denise Mina
My rating: 4 of 5 stars

The Long Drop by Denise Mina is a 2017 Little, Brown and Company publication.

This fictionalized account of Scotland’s notorious serial killer Peter Manuel is a gloomy and gritty portrayal of Glasgow in the 1950’s.

This unforgiving backdrop sets the stage for this story that centers around William Watt, a prime suspect in the killing of his wife, daughter, and sister-in-law. Watt, though, suspects Peter Manuel of the triple homicide. But was Watt as innocent as he claimed?

Watt and Manuel, ironically, end up going on an eleven hour bender together, a period of time that becomes a primary focus of the book, along with dialogue and testimony from the trial.

I had a very hard time getting into the book initially. I was totally unfamiliar with the case and the switch between Manuel and Watt’s night out together and the court testimony had me a little confused for a while.

But, then I remembered the book was based on a true story and decided to do a Google search. The background info really helped me to understand what was going on in the book and from then on I was much more invested.

What is so striking about this book is the stunning portrait of Glasgow’s underbelly and the brutal treatment and attitudes towards women in this time frame. It is a depressing setting, but incredibly realistic.

The psychological aspects are just as compelling, as are the court transcripts. The ‘pub crawl’ did take place, which is astonishing in itself, but the courtroom drama was utterly theatrical, with some poignancy as Manuel’s victims remembered their loved ones, their grief palpable.

The author did a very good job of capturing Manuel’s and hardened psyche, which will give you an up close and personal look inside the mind a ruthless killer.

‘Peter Manuel does not know how other people feel. He has never known that. He can guess. He can read a face and see signs that tell him if someone is frightened or laughing. But, there is no reciprocation. He feels no echo of what his listener is feeling.”


This is an interesting accounting of what is still considered by many as Scotland’s worst and most notorious serial killer. 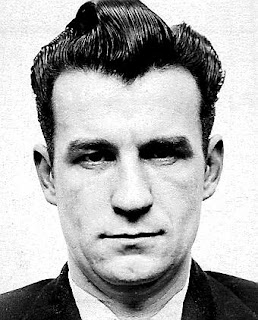 I’m not sure what I was expecting from this book, but this wasn’t anywhere near what I was thinking the book would be like.

I think this blurb may have thrown me off course a little:


A standalone psychological thriller from the acclaimed author of the Alex Morrow novels that exposes the dark hearts of the guilty... the innocent.

Despite the analysis of Peter Manuel and the study of his persona, and that of Watt, which provided plenty of psychological material, I don’t know if I would have described this book as a ‘psychological thriller’, at least not as we’ve come to define it currently, and this may have added to my initial frustrations.

However, once I warmed up to the subject, and understood where we headed, I found it to be a very interesting historical piece and .

I would like to come back to this book someday and approach it with the perspective I lacked going into it this first time around. I think the writing, which is spectacular once I finally got my bearings, would be better appreciated and knowing what to expect will allow me to focus on the story with more clarity.

Overall, this one got off to a rocky start, but I’m glad I stuck with it. I ended up feeling a great appreciation for the author’s angle on true events and the obvious amount of time and must have put in to create such a clear picture of the era, and the people involved in this grisly murder case. 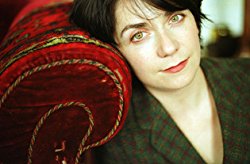 Denise Mina was born in Glasgow in 1966. Because of her father's job as an engineer, the family followed the north sea oil boom of the seventies around Europe, moving twenty one times in eighteen years from Paris to the Hague, London, Scotland and Bergen. She left school at sixteen and did a number of poorly paid jobs: working in a meat factory, bar maid, kitchen porter and cook. Eventually she in auxiliary nursing for geriatric and terminal care patients.At twenty one she passed exams, got into study Law at Glasgow University and went on to research a PhD thesis at Strathclyde University on the ascription of mental illness to female offenders, teaching criminology and criminal law in the mean time. Misusing her grant she stayed at home and wrote a novel, 'Garnethill' when she was supposed to be studying instead. '' won the Crime Writers' Association John Creasy Dagger for the best first crime novel and was the start of a trilogy completed by 'Exile' and 'Resolution'. A fourth novel followed, a stand alone, named 'Sanctum' in the UK and 'Deception' in the US. In 2005 'The Field of Blood' was published, the first of a series of five books following the career and life of journalist Paddy Meehan from the newsrooms of the early 1980s, through the momentous events of the nineteen nineties. The second in the series was published in 2006, 'The Dead Hour' and the third will follow in 2007.She also writes comics and wrote 'Hellblazer', the John Constantine series for Vertigo, for a year, published soon as graphic novels called 'Empathy is the Enemy' and 'The Red Right Hand'. She has also written a one-off graphic novel about spree killing and property prices called 'A Sickness in the Family' (DC Comics forthcoming).In 2006 she wrote her first play, "Ida Tamson" an adaptation of a short story which was in the Evening Times over five nights. The play was part of the Oran Mor 'A Play, a Pie and a Pint' series, starred Elaine C. Smith and was, frankly, rather super.As well as all of this she writes short stories published various collections, stories for BBC Radio 4, contributes to TV and radio as a big red face at the corner of the sofa who interjects occasionally, is writing a film adaptation of Ida Tamson and has a number of other projects on the go.