Money, Murder, and Dominick Dunne: A Life in Several Acts by Robert Hofler- feature and Review 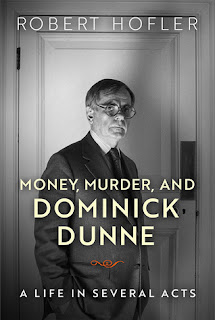 Dominick Dunne seemed to live his entire adult life in the public eye, but in this biography Robert Hofler reveals a conflicted, enigmatic man who reinvented himself again and again. As a television and film producer in the 1950s–1970s, hobnobbing with Humphrey Bogart and Natalie Wood, he found success and crushing failure in a pitiless Hollywood.
As a Vanity Fair journalist covering the lives of the rich and powerful, he mesmerized readers with his detailed coverage of spectacular murder cases—OJ. Simpson, the Menendez brothers, Michael Skakel, Phil Spector, and Claus von Bülow. He had his own television show, Dominick Dunne's Power, Privilege, and Justic. His five best-selling novels, including The Two Mrs. , People Like Us, and An Inconvenient Woman, were inspired by real lives and scandals.
The brother of John Gregory Dunne and brother-in-law of Joan Didion, he was a friend and confidante of many literary luminaries. Dunne also had the ear of some of the world's most famous women, among them Princess Diana, Nancy Reagan, Liz Smith, Barbara Walters, and Elizabeth Taylor.
Dunne admitted to inventing himself, and it was that public persona he wrote about in his own memoir, The Way We Lived Then. Left out of that account, but brought to light here, his intense rivalry with his brother John Gregory, the gay affairs and relationships he had throughout his marriage and beyond, and fights with editors at Vanity Fair. Robert Hofler also reveals the painful rift in the family after the murder of Dominick's daughter, Dominique — compounded by his coverage of her killer's trial, which launched his career as a reporter.

Money, Murder, and Dominick Dunne: A Life in Several Acts by Robert Hofler
My rating: 4 of 5 stars

Money, Murder and Dominick Dunne: A life in Several Acts by Robert Hofler is a University of Wisconsin Press .

I was a big fan of Dominick Dunne, but I had never even heard of him until I read ‘The Two Mrs. ’. 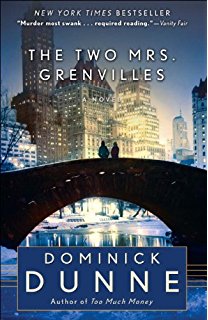 (A thinly veiled fictional accounting of socialite Anne Woodward, who shot her husband, was acquitted, then committed suicide, allegedly because of a short story written by Truman Capote.)

However, once I read that book, I was forevermore a devoted follower.

I did not associate this author in any way with the young girl who starred in ‘Poltergeist’ who was beaten to death by her ex-boyfriend.

It wasn’t until I began to subscribe to ‘Vanity Fair’ magazine and started reading ’ features and following his true crime investigations, that I finally made that connection. (Dominique Dunne’s killer got off with what amounted to a slap on the wrist)

He was catapulted to a new level of fame during the OJ Simpson trial, which segued into solving cold case crimes, television appearances, and he even had his own television show for a while.

I read his memoir and thought I knew a fair amount about this personal history, but this book peels back a new layer of the onion, exposing areas of Dominick’s life most people never knew about.

Dunne lived his life as a closeted gay man, but as most know, he married and had three children, which was common for gay men in this period of time. He was in love with his wife, though, and had a special relationship with his daughter. 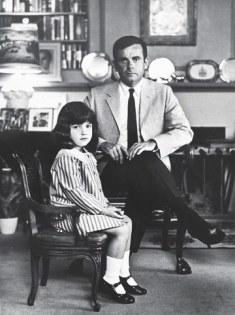 This book goes inside Dunne’s marriage, his relationship with his children, and his various homosexual encounters and love affairs. It also covers his drug abuses which led to a long dry period of less opportunity in Hollywood. I was aware of the drug use, and some of the issues within his marriage, but much of the information covered here, is all news to me.

But, Dominick’s career- or shall we say, careers, plural, shows his ability to seize opportunities and latch on to a current momentum, reinventing himself on more than one occasion.

He went from , to bestselling author, to a high -profile crime investigator and writer, which included his long running stint with Vanity Fair Magazine. 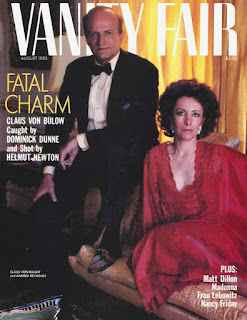 His last gig came about, at least to some extent, because of losing his daughter so tragically. His advocacy and compassion and experience made him the perfect choice for covering high profile murder cases like that of the Menendez Brothers and of course, OJ. 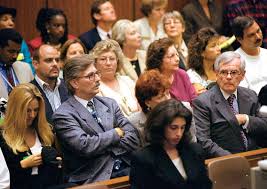 While some of the book covers ground that is common knowledge for anyone who knew Dominick or was a fan of his, this biography covers many unknown and rare truths about Dominick Dunne. Some of this information was so unsettling, I couldn’t wrap my head around it- mainly some of his ‘near death’ experiences, which just didn't fit in with my image of him.

This may be the most intimate look at Dominick that I have ever encountered and was written with his son, Griffin’s, permission. One interesting tidbit I picked up on, while I’m on this topic, was that the author was not interested in doing an ‘authorized’ bio, because by doing so, he would not have the last say on what went in or was left out of the book. I always wondered how that worked.

But, the reader is assured Dominick’s son was aware of the book, and had had conversations with the author about the it, and so I feel sure his information is accurate and it gives us a rich and realistic portrait of the man, both privately and professionally.

Dominick was flawed in many ways and could give off a sort of shallow vibe at times, he was also very passionate about what he did and was genuinely supportive of the families who suffered grave injustices, just as his family had.

The biggest revelation, the one some suspected and others never did, was his sexuality. He remained vague about it all his life, even as he entered his eighties. He was very conflicted, a product of his upbringing, I think, and the time period he was brought up in, at least in part.

I’m glad I picked up this book, and that I have a further understanding of Dominick Dunne. While I remember him as a crusader for justice, a courtroom mainstay, a reason to subscribe to Vanity Fair, and for all his Hollywood friends and connections, the hat he wore as a writer, and novelist, is the side of Dominick I will always hold close to my heart.

He had a line on the rich and famous, knew their motives and secrets, and could weave the most mesmerizing, deliciously scandalous, and scathingly thought- provoking stories around them!

Overall, I think the author did a good job with this biography. The material is well organized, and gives the reader plenty of new insights into the multi- faceted Dominick Dunne. 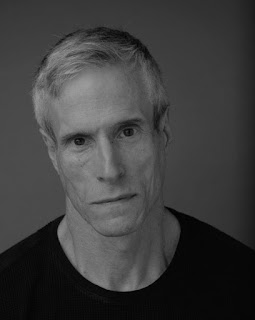 I the theater critic for The Wrap, and now live in New York City. I've previously worked as an editor at Life, Us, Variety and other publications. My latest book is "Sexplosion: From Andy Warhol to A Clockwork Orange, How a Generation of Pop Rebels Broke All the Taboos" (It Books/HarperCollins). My previously published books include the Allan Carr biography "Party Animals" and the Henry Willson biography "The Man Who Invented Rock Hudson."
Posted by gpangel at 1:00 AM