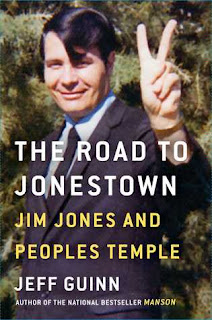 By the New York Times bestselling author of Manson, the comprehensive, authoritative, and tragic story of preacher Jim Jones, who was responsible for the Jonestown Massacre—the largest murder-suicide in American history.
In the 1950s, a young Indianapolis minister named Jim Jones preached a curious blend of the gospel and Marxism. His congregation was racially integrated, and he was a much-lauded leader in the contemporary civil rights movement. Eventually, Jones moved his church, Peoples Temple, to northern California. He became involved in electoral politics, and soon was a prominent Bay Area leader.
In this riveting narrative, Jeff Guinn examines , from his extramarital affairs, drug use, and fraudulent faith healing to the fraught decision to move almost a thousand of his followers to a settlement in the jungles of Guyana in South America. Guinn provides stunning new details of the events leading to the fatal day in November, 1978 when more than nine hundred people died—including almost three hundred infants and children—after being ordered to swallow a cyanide-laced drink.
Guinn examined thousands of pages of FBI files on the case, including material released during the course of his research. He traveled to Jones’s Indiana hometown, where he spoke to people never previously interviewed, and uncovered fresh information from Jonestown survivors. He even visited the Jonestown site with the same pilot who flew there the day that Congressman Leo Ryan was murdered on Jones’s orders. The Road to Jonestownis the definitive book about Jim Jones and the events that led to the tragedy at Jonestown.

The Road to Jonestown: Jim Jones and Peoples Temple by Jeff Guinn
My rating: 5 of 5 stars

The Road to Jonestown: Jim Jones and the People’s Temple by Jeff Guinn is a 2017 Simon & Schuster publication.


While I was only in my early teens in 1978, I still recall the news footage of the “Jonestown Massacre”. I understood on some level what had happened, but I couldn’t fully digest it. I tried not to watch the news reports and steered clear of conversations about it because it made me extremely uncomfortable. It was too much for me to cope with, and in all honesty, I still can’t wrap my head around it.

Part of me wanted to read this book, in hopes of garnering some understanding of how something like this happened. But, another part of me didn’t want to relive that horrible piece of history where over nine hundred people lost their lives.

But, the outstanding reviews convinced me to read it and while I still find these events quite upsetting, I am glad I read the book.

To say this was a comprehensive account of Jim Jones’ life is an understatement of epic proportions. This book is an exacting, well researched, serious and non-biased, look at one of the most monstrous cult leaders of all time.

We all know how this will end. The question is- How did it begin?

I won’t make this into a book report, if I can help it, but I did want to touch on some of the impressions I was left with.

One of the weirdest things about all this, is that it didn’t start out as being all that different from many fundamentalist church doctrines or beliefs. Jim’s wife was zealously religious and the couple did present themselves as believing in God and practiced the core Christian values most of us are familiar with. It is easy to see how Jim ingratiated himself into the ministry profession, and why he experienced praise for his genuine service and help to those in need. He was particularly sensitive to the black community and freely welcomed them and worshipped alongside them in a time when such actions raised eyebrows.

However, he quickly shucked off any semblance of being a true believer and began working the tent revival circuit, faked healings, and performed 'miracles' including raising people from the dead. But, there was an audience for that sort of thing, especially in that era of time, and he was hardly the only one out there working that particular . 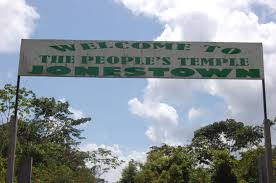 But, religion and doing good deeds were not the cult’s only draw. I was amazed at how political it was. Jones was an ardent socialist, and I think many people joined his ‘church’ because these ideals, without embracing any ‘religious’ worship of God.

This book took me on stunning and harrowing journey, step by horrifying step, as he morphed into an actual cult leader and managed to mesmerize his followers into doing anything he wanted them to.

I won’t go into the details because I want you to see for yourself how vile, narcissistic, cruel, contradictory, and sick he really was. It is an incredible profile of a man who conned, swayed, manipulated, lied, and corrupted so many people, yet managed to amass wealth, while rubbing elbows with celebrities, and politicians, who often praised him for his good deeds!!

As the book progresses, we see how as his psychosis deepened, and as his power increased so did his ego, and his darker tendencies completely took over, fueled by his paranoia need for control and by his use of drugs. So, the closer I came to the climactic events in “Jonestown”, I began to dread having to read it in such graphic details.


The phrase, ‘ the Koolaid’ (it wasn’t really the trademarked “Koolaid”, but ‘Flavor-aid- a cheaper, generic brand), is a familiar one, used to insult anyone exhibiting a certain level of gullibility, and became a common pop culture saying.


"The Jonestown deaths quickly became renowned not as grandly defiant revolutionary gesture, but that ultimate example of human gullibility”

Cults didn’t go away after the Jonestown massacre. There were still headline grabbing standoffs and more mass suicides, although nothing that ever came close to topping Jonestown. But, it SEEMED that maybe with a more enlightened, educated, progressive majority in America, these charismatic charlatans may have finally lost their appeal or ability to lure mass followings, as we began to hear less and less about religious cults.

"Demagogues recruit by uniting a disenchanted element against an enemy, then promising to use religion or politics or a combination of the two to bring about rightful change.”

While I swore to myself I would not go here, I could not help but notice parallels between Jim Jones’ personality traits, such as his inability to delegate or share or his penchant to lash out, deflect, punish, seek restitution, and refuse any hint of apology or compromise, but still managed to lure in folks, knowing just what they needed and wanted to hear, thus securing an almost unshakable loyalty, are traits that are noticeably prevalent in other prominent ‘leaders’ who have come into power. The resemblance was so eerily uncanny at times I still get chills down my spine thinking about it.

‘The less he was recognized and appreciated by the outside world, the grander he proclaimed himself to the followers remaining to him.’

One of the most gruesome pictures included in this book is a photo depicting many of the deceased lying face down in what looked like a grass hut pavilion with a sign hanging on the wall, directly above Jones’ personal , that stated:


Those who fail to learn from history are doomed to repeat it.


Even though I did remember the events that took place in Guyana in 1978, I never sought to learn more about Jim Jones than was necessary. So, most of what was detailed here I was largely unaware of. I have to tell you, it’s pretty shocking. Jim Jones is one of the strangest people I’ve ever read about! He was crazy, but smart, did kind and compassionate things for people in need, was incredible charismatic, but could turn on someone in an instant, meting out horrific punishments, both physical and psychological. He could switch from mean to incredibly nice in an instant. He was delusional, believing himself to be God, and expected unquestionable loyalty from his followers, and he usually got it. But it started to unravel and disillusionment did start to set in, with some questioning his decisions or outright refusing to obey. Yet, as we all know, many remained enthralled right up to the bitter end.

I can’t praise the author enough for the clear, concise layout used here. The book is organized, well -constructed, is presented chronologically, and reads like a true crime novel in many ways. I was riveted, glued to the pages, still unable to grapple with the reality of Jones’ life and the path he ultimately took to Guyana.

There may always be a part of my heart and mind that can’t accept that over 900 people drank cyanide laced punch at his behest, including children. This book, though, left me with no place to hide, forcing me to accept these events as a gruesome, hideous, and incredibly tragic part of America’s history.

My fervent hope is that history never repeats itself. 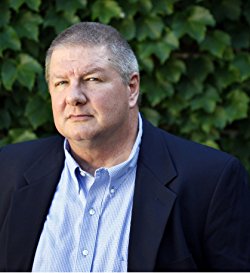 Jeff Guinn is a former award-winning investigative journalist and the bestselling author of numerous books, including Go Down Together: The Story of Bonnie and Clyde, The Last Gunfight: The Real Story of the Shootout at the O.K. Corral and How It Changed the West, and Manson: The Life and Times of Charles Manson. lives in Fort Worth, Texas.
Posted by gpangel at 1:00 AM