All By Myself, Along- an Alivrah and Willy Mystery- By Mary Higgins Clark- Feature and Review 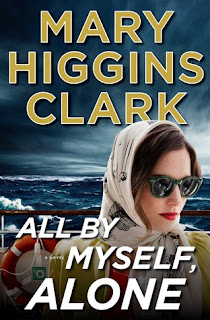 A glamorous cruise on a luxurious ocean liner turns deadly in the latest mystery from “Queen of Suspense” and #1 New York Times bestselling author Mary Higgins Clark.
Fleeing a disastrous and humiliating arrest of her husband-to-be on the eve of their wedding, Celia Kilbride, a gems and jewelry expert, hopes to escape from public attention by lecturing on a brand-new cruise ship—the Queen Charlotte.
On board she meets eighty-six-year-old Lady Emily Haywood, “Lady Em,” as she is known throughout the world. Immensely wealthy, Lady Em is the owner of a priceless emerald necklace that she intends to leave to the Smithsonian after the cruise.
Three days out to sea Lady Em is found dead—and the necklace is missing. Is it the work of her apparently devoted assistant, Brenda Martin, or her lawyer-executor, Roger Pearson, and his wife, Yvonne, both of whom she had invited to join them on the cruise? Or is it Professor Henry Longworth, an acclaimed Shakespeare scholar who is lecturing on board? Or Alan Davidson, a guest on the ship who is planning to spread his wife’s ashes at sea? The list of suspects is large and growing.
Celia, with the help of her new friends Willy and Alvirah Meehan, who are celebrating their forty-fifth wedding anniversary, sets out to find the killer, not realizing that she has put herself in mortal danger before the ship reaches its final destination.
Never, in all her long career as a #1 bestselling suspense novelist, has Mary Higgins Clark been in better form.

All By Myself Alone by Mary Higgins Clark
My rating: 4 of 5 stars

All By Myself, Alone by Mary Higgins Clark is a 2017 Simon & Schuster publication.

It seems like it has been a while since I touched base with Alvirah and Willy, so it felt good to hear from them again.

In this eleventh installment in the series, Alvirah and Willy are celebrating their forty-fifth wedding anniversary by taking a cruise aboard a new luxury cruise liner, so opulent it could rival the Titanic.

Also on board is: Celia, who is there to give a series of lectures, but who is also trying to forget her ex-fiance, a con man who stole money from her friends, and has now implicated her in his plot- and ‘Lady Em’, an elderly woman carrying a priceless emerald she plans to donate to the Smithsonian.

But, once they are out to sea, Lady Em is found dead and the emerald is missing…


I enjoyed this one, which was little change of pace for our favorite lottery winners, because it was set aboard a cruise ship, which created the opportunity to introduce a variety of different characters, and of course the murderer has to be on board!!

There is no shortage of suspects or surprise developments along the way. I can’t say Alvirah and Willy were as hands on in the investigation as they sometimes are, and I felt Celia’s story was the more prominent one, but they make their fair share of contributions to the story.

For those unfamiliar with the Alivrah and Willy mysteries, they are always fun, very light, whodunits. With the exceptions of some mild language and adult themes, these stories are clean, and go very easy on the violence, making them a great choice for mystery fans of all ages and tastes. In fact, they could easily be categorized as ‘cozy mysteries’.

If you are familiar with the series, you know what to expect and will find this one on par with the previous installments.

Others, who may be expecting a novel along the lines of Clark’s stand -alone books or similar to her collaboration with Alafair Burke, may feel a little confused by its much lighter tones. So, I feel I should stress that these are very easy to read, are not terribly deep, and perhaps they should simply be enjoyed, taken at face value, and not over- analyzed.

Overall, I found this installment to be one of the better ones in the series and think fans of the author or of Alvirah and Willy, or cozy style mysteries, will want to check this one out. 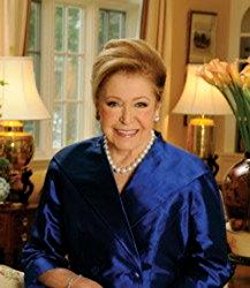 Mary Higgins Clark, #1 international and New York Times bestselling author, is the author of 46 books and counting: she’s written thirty-three suspense novels; three collections of short stories; a historical novel, Mount Vernon Love Story; two children’s books, including The Magical Christmas Horse; and a memoir, Kitchen Privileges. She has also written five holiday suspense novels with Carol Higgins Clark and The Cinderella Murder, a new thriller in collaboration with bestselling novelist Alafair Burke.Clark’s books have sold more than 100 million copies in the United States alone. Her books are beloved around the world and have made her an international bestseller many times over.
Posted by gpangel at 1:00 AM